Lord of the Ring

An interview with Mr. Steinborn discussing his rocky start in the wrestling business.

Steinborn's father, Henry "Milo" Steinborn, was a German immigrant whose early career as a world strongman was forged in an Australian internment camp in World War I. The elder Steinborn used those four years and 11 months in the camp to build strength that would lead him to become a weightlifting champion and later, a wrestler and wrestling promoter. He lived to age 95. 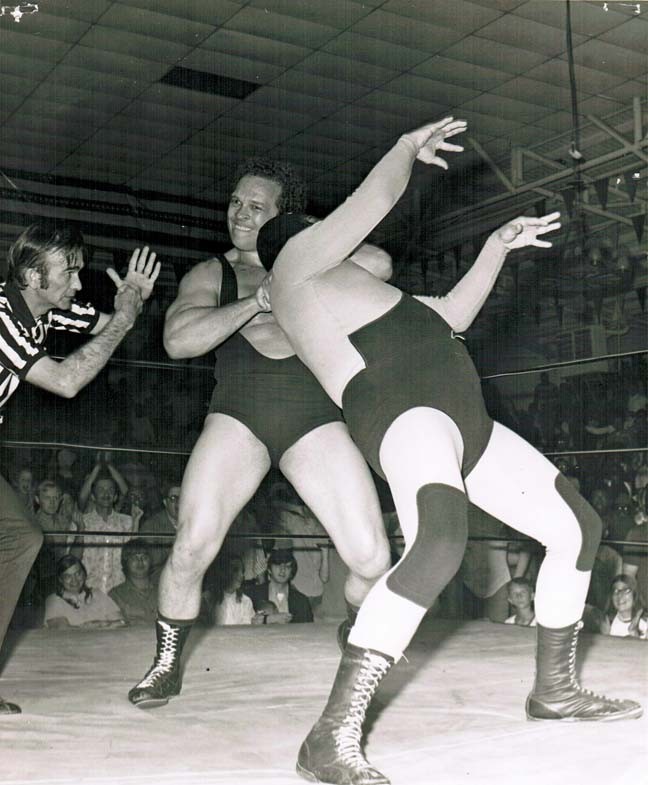 In this world, men like Jack Dempsey came over for Sunday dinner. And so when Steinborn's father told him to get back in that ring, he did. "My dad told me, 'Just think, you can go out across the world and entertain by doing something you love, that you're going to get paid for.'"

And he did go around the world — Asia, Australia, Europe. He wrestled with well-known names such as Dory Funk Jr., Gorgeous George and Verne Gagne. With boxing champ-turned-wrestler Primo Carnera, he met Pope Pius XII. He met Johnny Cash. He once picked up Stephen Stills while the musician was hitchhiking. A few weeks after Elvis died, he toured Graceland, an early witness to what millions of Elvis fans would discover in the years to come: All those millions hadn't bought the King a good decorator. "Tacky!" he recalls. But he knew his wife, Sheila, would be curious. Arriving back home in Nashville at 3 a.m., he woke her by grabbing her toe.

"Guess where I've been?" he asked.

"What color's his bedspread?" she wanted to know, barely awake.

Those titles were bestowed on only a chosen few, and Steinborn, at 5-foot-9, was a bit smaller than champions such as Funk and Lou Thesz, who both easily cleared 6 feet and then some. "Some of the historians and some wrestlers have said that he was probably one of the best wrestlers who never won a world title," Tate says. 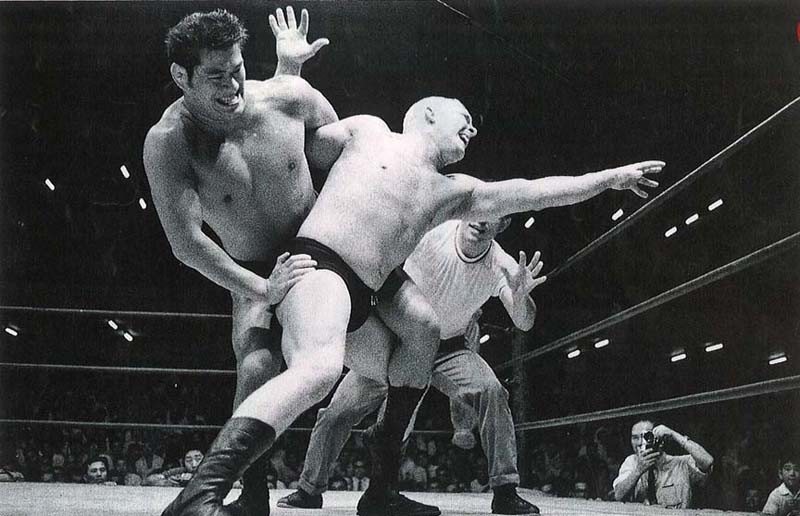 Dirty Dutch Mantell, who in the late '70s was just getting his career started as Steinborn slowed down, says Steinborn understood well the combination of athleticism, physical contact and showmanship that a pro wrestler needed. "Dickie at one time was probably one of the greatest pro wrestlers ever, to tell you the truth," says Mantell, who's retired to Tennessee and has published two collections of stories about his years in the ring, "The World According to Dutch" and "Tales from a Dirt Road." "He was doing moves then that I haven't seen since."

The two men shared a bill for a sold-out show in Puerto Rico, drawing 16,000 fans, in 1979. "Even at 40, which is now the benchmark for most guys to stop making money," Mantell says, "he was still going strong."

Mike Mooneyham, author of "Sex, Lies and Headlocks," recalls a mid-1970s match in Savannah, Ga., between Steinborn and world heavyweight champ Dory Funk Jr. as one of the "best scientific matches" he's seen. "Dick ended up losing, but at the end of the match everyone gave him a standing ovation," says Mooneyham, also a reporter for Charleston, S.C.'s Post and Courier. "It was a great performance. ... Those guys just went toe to toe."

Between his start in 1951 until his last match in 1984, Steinborn wrestled in territories throughout the South as well as much of the west and Midwest. He was particularly popular in Georgia and Florida.

To be popular, a wrestler needed more than strength, athleticism and keen business sense. He needed to understand the psychological game that underpinned matches. He had to be able to act, to work a crowd. Teal says Steinborn could win the sympathies of the crowd with the best of them. "He had those fans right in the palm of his hand," Teal says. "He could cringe and grimace like he was dying."

Life outside the ring was as dramatic and fun-filled as the matches inside it. The wrestlers were inveterate practical jokers, pulling pranks on anyone — referees, hitchhikers, you name 'em. "Wrestlers love to rib," Steinborn says. "We're big ribbers." The wrestlers loved to play jokes and they were good at it. They'd pick up hitchhikers on the way to matches and pretend they were hospital employees transporting a psychotic man to an asylum. Another wrestler would nail a referee's shoes to the floor.

But it wasn't all good times. Steinborn's first wife, Carol, whom he'd married on her 17th birthday (he was 20) died of cancer seven years later.

When he was wrestling in Florida as part of a tag team with his father, one of their opponents, Jack Rush, dropped dead after the match. So did one of Steinborn's wrestling partners, a friend named Ray Gunkel. Gunkel, who also promoted the Atlanta territory, died after a 1972 match in Savannah. "Oh, Ray, Ray, with all our money it won't help," Steinborn recalls Gunkel's wife whispering after she leaned over her husband's body.

Ultimately, it wasn't another wrestler that tossed Steinborn out of the ring for good. A pickup truck in Montgomery, Ala., did that in 1984. Two years after the crash, X-rays showed Steinborn's spine remained twisted. The days when his opponent could pick him up and throw him down were over. Even if he looked fine on the outside, he couldn't take a slam. And if you can't take a slam, you can't wrestle.

As dramatic points go, this was a low unlike anything he'd experienced in the ring. "I lost my family, lost money, lost everything," he says.