The city’s tourism coordinator talks slogans, signs and the sesquicentennial.

How did some of Richmond’s historic attractions fare this summer?

- The American Civil War Center at Historic Tredegar: Visitation increased 25 percent from May through August, compared to 2010.

- The Museum of the Confederacy: Attendance increased 14 percent Memorial Day through Labor Day. 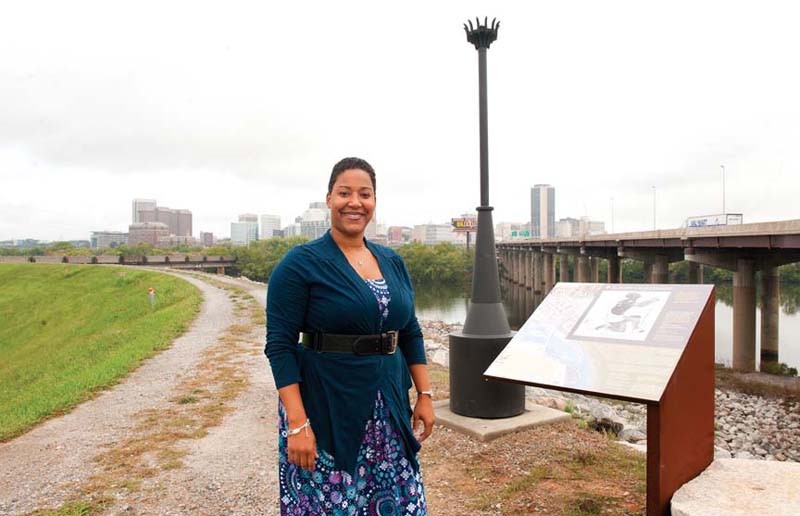 Anedra Bourne became Richmond’s first-ever tourism coordinator in July, coming to the post with experience as director of public relations and marketing for the American Civil War Center at Historic Tredegar. Style Weekly talked with Bourne about the city’s efforts to bring more tourists here.

Style: How successful has Richmond been in selling itself as a destination for the Civil War and emancipation?

Bourne: I think we’re doing really well. … The “On to Richmond” campaign in itself is just unique, in that we’re taking a Northern battle cry for a Southern city to really focus on telling Richmond’s story. And I think the branding of that will take shape continuing on, moving forward. But I think the [convention and visitors bureau] is taking all the right directions to be able to highlight Richmond’s history, to expand it to include emancipation, which really broadens the scope of the visitor that would generally be interested in — or maybe not interested in — the Civil War.

What are the other obstacles to us being a really well-known historic destination? We’re not Williamsburg, we’re not Philadelphia, we’re not Gettysburg. Richmond hasn’t quite gotten there. Why do you think that is?

I think people just don’t know. I don’t know why it is they don’t know. It’s surely not for lack of attention and progress with regards to marketing the destination. But I think a lot of people, and I hear visitors say it all the time: “I’ve driven through Richmond, or I’ve driven along 95 and I just haven’t gotten off in Richmond specifically.” But I just don’t think people really know what’s here.

Paul Levengood, president of the Virginia Historical Society, has said that Richmond doesn’t always “extend the best sort of welcome mat” in terms of signs and the city’s appearance from the highway. What can the city do to fix that?

The city is working on signage. There is budget money appropriated specifically for way finding. So that’s something that should take place by or before next spring. So that is definitely a priority. …

Once you come off that ramp [from Interstate 95], you’ll be getting, from the city perspective, a more detailed sign that will say, 2.3 miles to such-and-such attraction. That’s where we’re really going to start, is to really be on the ground level. Not only with signs for those in vehicles, but also for the pedestrians as well.

The city just unveiled the signs along the Slave Trail [in the Shockoe and Manchester areas]. How do you get people to come and experience it?

Marketing will obviously be one opportunity there for us. But two is going to be product development. And that is one of the things I will be working on. Currently, if someone is to read an article about the Richmond Slave Trail … [they don’t know], “How can I get on the trail and take a tour?” There’s no central location currently for a visitor to be able to do that. So now that [the signs] are all installed, we’re working with some of the existing tour operators that offer tours, but we’re also going to look at ways, hopefully using some technology, to be able to allow people to guide themselves along the tour route.

What is your future vision of Richmond as a tourism destination?

First and foremost, I would love to be able to have a transportation source that’s readily available for the visitor to navigate their city, our city. Park their car at their hotel, or in a centralized location, and get anywhere they need to go for little or no cost. So that’s first. I think to be also able to offer a “Here’s Richmond” tour on a regular basis, a riding tour, would be great. … It’d be great to have a one- to two-hour tour that would take you through the city, and say: This is Richmond. S