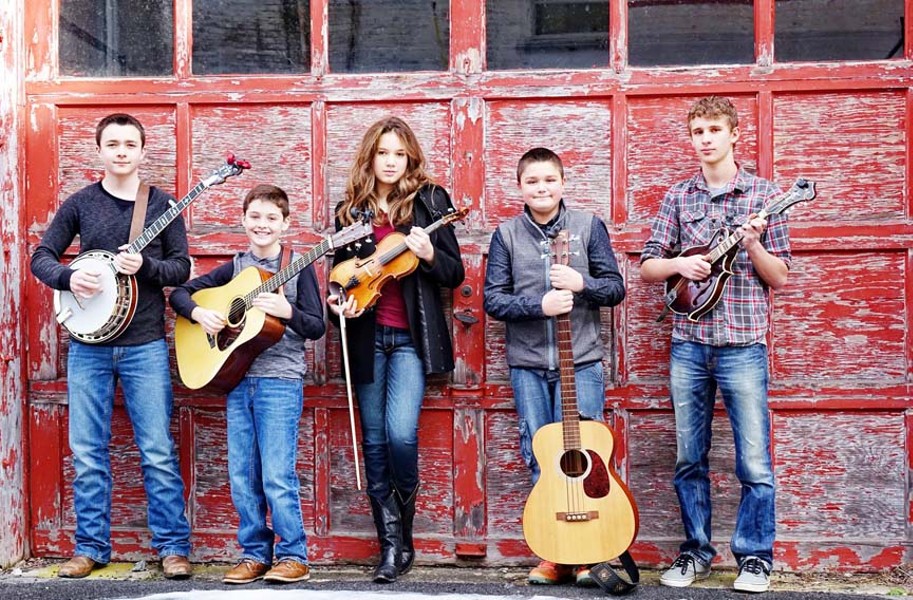 If smartphones, social media and YouTube were supposed to be the end of young people’s interest in traditional old-time and bluegrass music, they were an epic fail.

So says Jon Lohman, who directs the Virginia Folklife Program. With a stage and material culture section, it has produced a diverse area of the festival since its start 12 years ago.

This year it’s bringing in ShadowGrass, a group of southwestern Virginia youth 11 to 16, who are known for playing like seasoned veterans. The name refers to the young musicians’ stance in the shadows of the most traditional bluegrass greats: Bill Monroe, Lester Flatt, the Stanley Brothers and Earl Scruggs.

The band formed in 2014 to compete in the famous Galax Fiddlers’ Convention after hearing members play at conventions and competitions. The group’s debut was followed by accolades, attention and gigs in Virginia, Tennessee and the Carolinas.

“I’ve attended bluegrass festivals and conventions as long as I can remember,” Russell says. “A lot of the best music happens behind the stage in parking lots or campgrounds where players are approachable and accessible to the crowds as well as other pickers. I’ve always felt a sense of community and family associated with bluegrass.”

All it took for Barker to want to learn to play guitar was hearing Doc Watson on the radio. “More and more, young people care about music now,” he says. “I think everyone wants to keep the tradition alive. The musicians from the past are who started bluegrass, so it’s important to really study the things they did to make it work.”

Amaral’s passion for music began when she was 4 at a “musical petting zoo” — which was presented at her preschool by Virginia Tech’s outreach music program.

“They played the sounds of the “Three Little Pigs” with violin, viola and cello,” she recalls, 10 years later. “I liked the cello, but the line was too long so my mom had me hold the violin. That’s when I knew that I liked it the best.”

The guitar was Luke Morris’ instrument for two years when his class was introduced to other stringed instruments, including mandolin. “I instantly fell in love with its simplicity and uniqueness,” he says, “and my parents bought me a cheap starter mandolin a few days later.”

Lohman’s watched the scene grow steadily during the past decade. With youth contests springing up at fiddlers’ conventions across southern Appalachia, he finds kids motivated by the prospect of winning a ribbon. Additionally, he sees the internet as important because young people have more access to musicians, with many folks taking lessons over Skype.

“But I definitely think family and community are still the most important,” Lohman says. “One thing about mountain music, be it bluegrass or old-time, is that older players have always been very generous in spending time with young folks. There’s a multigenerational social scene down there and music remains at the heart of it.”

He also cites the Virginia Folklife Apprenticeship Program, which offers opportunities for young people to work with the likes of Sammy Shelor, Herschel Sizemore, Buddy Pendleton and others. Amaral is currently apprenticing with Scott Freeman and singing with Linda Lay.

As for the differences in young and old musicians, Amaral sees none.

“We take inspiration from older musicians and build from what they have and or are doing, or we try to master what they’ve already mastered,” she says. “Real musicians are not separated by age.”

The band’s youngest member, Kyser George, who began playing bass when he was 8, breaks it down further. “We don’t care about getting famous, we just want to jam!”