"Little Tommy happened to call me one day," Ray Smith recalls. "He was living in New York at the time. And he said he wanted to come down and talk to me. And I said, About what? He said, Man we need to put the Jarmels back together.

"I said, 'I don't know about that.'" Ray promised to talk it over with his wife.

"We prayed," Smith says. "We made sure that this was what we were supposed to do because I do believe ..." he pauses. "There is a season for everything."

At first, Ray wanted to call baby brother Donald in to play piano behind the new group — just like the old days. "It didn't work and you know what — a guy like him, he's too good for the Jarmels," Tyrone Thomas says. "We'd hold him back ... he couldn't express himself."

"Donald never showed up for the rehearsal," Ray says, with a tinge of sadness.

A genuine Jarmels reunion has been impossible since 1968. That's when Earl Christian was murdered — the killing was never solved. The rest of the group reunited a few times throughout the years, once in the late '70s for a private concert. But Ray didn't participate in the few reunion appearances arranged in the '90s. Muffin died in 1995, and Thomas Eldridge died not long before Burnett.

Ray Smith called Tyrone Thomas back and said he'd like to revive the Jarmels. Thomas knew two other guys in the doo-wop scene. 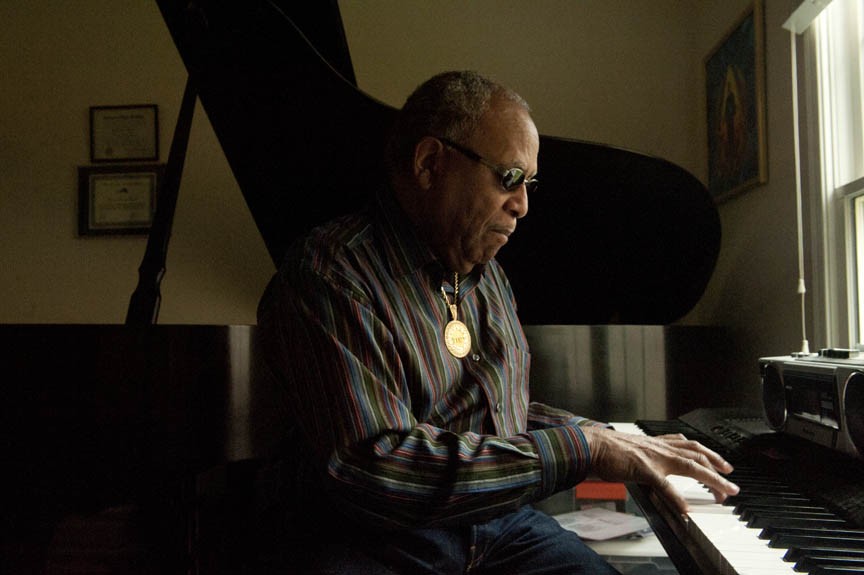 "I said this is just perfect," Smith says. "I went to New York, stayed two days and they came over and we sang. I liked the sound."

The new Jarmels are Smith and Thomas, with relative youngsters Al Watkins and Donald Moyer. Now, after a successful sold-out performance last year, and the PBS appearance in reruns, the group is about to stage a second local reunion concert on April 30 at the Henrico Theatre.

Thomas has recorded a CD of new material with the group at his home studio, titled "50 Years." One of the standout tracks is an answer record to the Jarmels' big hit — a half-century later — called "More Soap."

"It's like the Jarmels never went away," Ray says.

And the Smith family marches on. S

The Jarmels will perform at the Henrico Theater, 305 E. Nine Mile Road, on Saturday, April 30, at 7 p.m. Also on the bill is the Happy Days Band and Show, along with emcee Kirby Carmichael and DJ Chocolate Chip. For information call 328-4491.

Special thanks to Vaughan Webb, the Blue Ridge Institute at Ferrum College and the Valentine Richmond History Center for their invaluable assistance. This article has been corrected from the print edition.