Lonnie released his debut record as a band leader in 1974; it was a mind-expanding affair appropriately titled "Astral Traveling." But it was "Expansions," two years later, that gave him his biggest hit; the album was a crossover jazz-funk smash that's still popular in France and the United Kingdom, yielding prominent samples in later years from artists such as Mary J. Blige and Jay Z. Not long after, Lonnie Jr. reconnected with, and married, his childhood sweetheart, Louise, and settled back home. A decade ago, he converted and became a Hebrew Israelite — his Hebrew name is Yehuwdah Israel.

A former member of Lonnie's Cosmic Echoes band, and an important voice missing from this story, is the youngest of the Smith sons, Donald. An accomplished pianist, flute player and jazz singer living in New York — he's worked with people such as Dizzy Gillespie and Benny Carter — Donald is, according to brother Ray, "phenomenally talented." But, he says, "He's also something of a loner. He's been like that ever since our parents died." Despite numerous requests, Donald did not return phone calls. 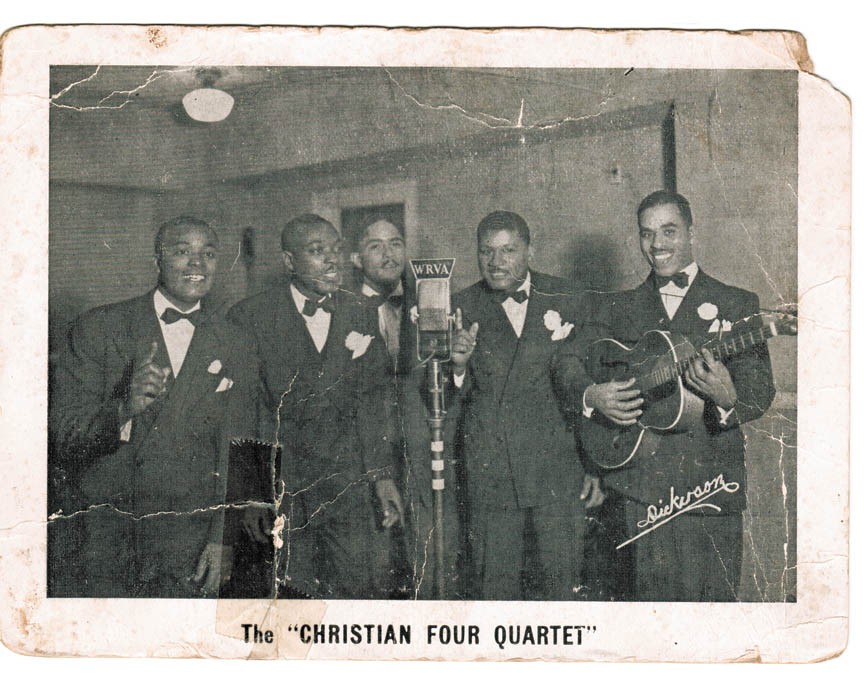 Lonnie Sr.'s middle child, Ray Smith, is the one who inherited his dad's vocal harmony gene.

At 70, he's the sole surviving member of Richmond's most prominent doo-wop export, the Jarmels, best known for a hit that was climbing the charts exactly 50 years ago: "Little Bit of Soap." Ray's time in the spotlight was comparatively brief, but lately he's been catching reflections of the stardust — the kind of doo-wop music he once sang is making a comeback.

Ray had formed the Jarmels, formerly the Cherokees, at Armstrong High School in the late '50s with Nathaniel Ruff, Earl Christian, Tommy Eldridge and frontman Paul Burnett. Ruff — nicknamed Muffin — was the funny one; he handled the stage patter. Burnett was a silky smooth presence on lead vocals, but each of the group's members took a song. Ray's number was the ballad, "For Your Love."

"Yeah, doo-wop. We were always a doo-wop group," Ray Smith says. "That's what we were all about."

Doo-wop — it was harmony singing, but quite unlike dad's brand. This was rock 'n' roll and there was a flourishing scene in Richmond. Before he left home to attend the University of Illinois at Urbana-Champaign, Ray's brother Donald accompanied the Jarmels on piano at gigs, helping the group navigate cover arrangements. "He taught us the parts," Ray says.

The Jarmels decided to approach a big star of the day. "Ben E. King came to the [Richmond Arena] and we went backstage to talk with him," Smith recalls. The group "auditioned" some songs and the singer of "Stand by Me" was impressed enough to introduce them to people in New York City.

Ray Smith couldn't go on the trip. "Because I was at Virginia Union at that time — this was 1960. But they went up and Ben E. took them to Laurie Records and the label signed them on the spot."

Laurie Records was one of the era's most dynamic independent labels. Its big 1958 hit was "I Wonder Why" by Dion and the Belmonts. The company seemed to specialize in breaking new artists but failing to sustain fan interest in them (see: the Chiffons, the Royal Guardsmen, et al). To oldies music followers, Laurie is the home of the one-hit wonders.

The Jarmels' first single, "Little Lonely One," didn't chart, but it made some regional noise. That was enough for Laurie to call the boys back to New York's RCA Studios to tackle a song written by Bert Berns, the songwriter behind "Twist and Shout." The group decided to try out Berns' tune in the subway stations of New York, using the echo. When they got back to RCA Victor studios, it took 27 live takes to nail "Little Bit of Soap" with a full orchestral backing.

"It came out right around April in 1961," Ray Smith says. "And then we were called to go on 'American Bandstand.'" "Soap" reached No. 12 on the Billboard charts, although subsequent Jarmels songs failed to catch fire. Without another hit, the group was fading on the road. At least there was a memorable finish. 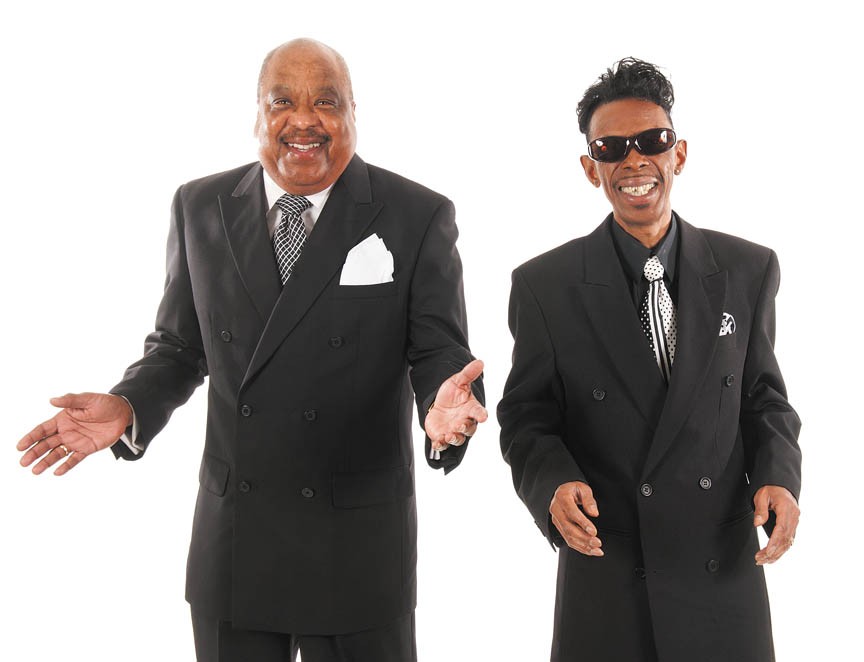 "The last show I did with them was in Baltimore at the Royal Theater," Ray Smith says. "And at the theater, my brother Lonnie was the pianist with the band ... it's the only time he ever played with the Jarmels, that one time in Baltimore."

Ray married his wife, Karlyn, in February 1962, and his first son was born in November, right around the time Laurie dropped the Jarmels' contract. "After that I said it was time for me to provide for my family," he says. Ray got into the automobile business. While some of the other Jarmels continued to sing, and Ray occasionally performed in community groups, the Jarmels were rock 'n' roll history.

But "Little Bit of Soap" lived on. A British band, Showaddywaddy, had a huge U.K. hit with the song in the '70s, and it was memorably sampled by the hip-hop group De La Soul in 1989. It's also been used on movie soundtracks such as "We Own the Night."

"That one song has survived and thrived. I mean everybody knows it," brother Lonnie Jr. says admiringly. No doubt as you read this, some radio station, somewhere, is broadcasting "Little Bit of Soap."

Or maybe some public television station.

Sitting behind the computer at his home studio, a cramped space filled with sound equipment, the man known as Little Tommy reminisces about his long career in music — the formative years as a Richmond bandleader, key collaborations with Swamp Dogg and childhood friend Major Harris, his pioneering interracial group, the Whole Darn Family. To some folks, diminutive 63-year-old singer, drummer and dancer Tyrone Thomas is Richmond soul music.

"But this isn't about me," Thomas says after a time, changing the subject. "This is about the Jarmels."

Thomas was friends with the original Jarmels. He played on gigs with them when he led Tommy and the Teenagers. Facing his computer, he puts a lit cigarette in his mouth and presses down on the mouse. "I've got the PBS thing right here," he says. "Do you want to see it?"

After a call out to his wife, Cathy, for tech help, Thomas fires up the video. A segment from the PBS show, "My Music: Rock, Pop and Doo Wop" starts and a voice intones: 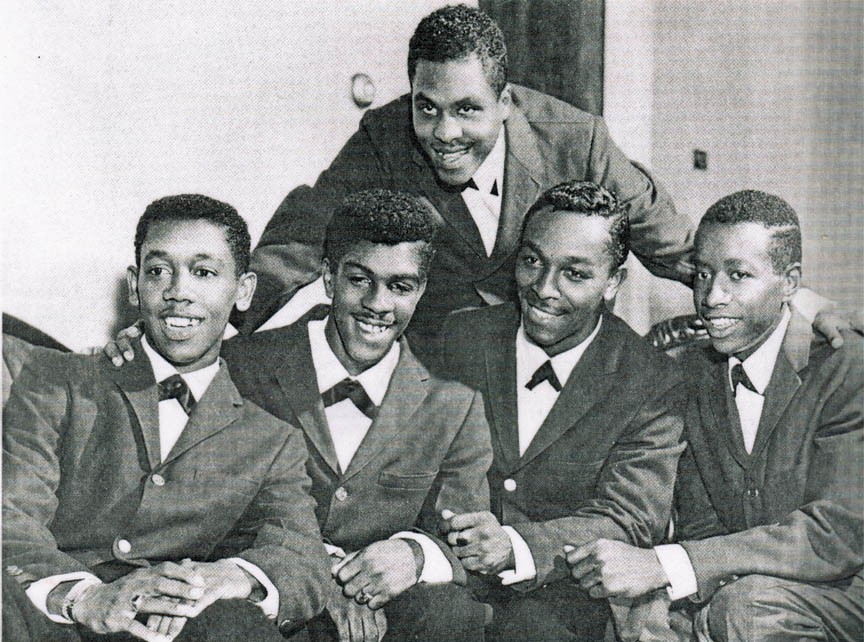 A slinky band and a sweeping string section join and sway into a swinging melody that's instantly familiar to oldies fans. That's when four — not five – nattily dressed singers take the stage. Alert viewers can tell that this isn't the original Jarmels — not that it matters these days (the Drifters haven't had an original Drifter in decades, if you catch my drift) — but you can spot Ray Smith at stage right.

And this isn't Jarmels lead singer Paul Burnett — he died in 2001. The man singing "Little Bit of Soap" for millions of doo-wop loving public-television supporters, sounding damn soulful and looking not unlike Prince's dapper uncle is ... Little Tommy. At song's end, taking the late Tommy Eldridge's place as bass singer, Ray Smith steps up to the mic to deliver the song's memorable break:

Have you heard when love begins to die

It leaves someone to cry, night and day

And-a just like all the rest you flew away

This is a different kind of reunion oldies act, with a genuine Richmond soul legend fronting the city's most prominent doo-wop group.