When Smith entered the group — completing a definitive lineup that included lead singers Johnson and Williams with baritone Vance Joyner and "basser" Levi Hansley — he brought his 4-string guitar. "They really got me as a tenor but I could play this guitar. So I asked them, 'Can I bring my guitar along?' and they said, 'By all means.'"

This was a big move, especially for a group that still sang flat-footed. "There were not many guitars at that time, no sirree. And when we went out to Chicago with that guitar, groups didn't want to sing with us. This was 1943, 1944. The [preacher] would have to explain very much to the people: 'Now, these are good Christian men. They just have an instrument here, a guitar.'"

The group's 1937 Buick, loaded down with luggage, potted meat and crackers, remained on the road for nine weeks at a time once the group members quit their day jobs and went professional in 1946. "They traveled a lot," recalls Lonnie Jr., who came along in 1939 and grew up with a dad constantly on the go. "My father would never sleep that much. We were all born with cataracts, except for my brother Ray, so my father never drove on those trips, but he would always stay awake to keep the driver straight."

The rewards could be few. "I remember one trip we took, we got crossed up by a promoter," Lonnie the father recalled. "We came back with 50 cents ... 10 cents a man."

That was the exception, though. There were also successful tours to and from Texas, a gospel hotbed, and sold-out performances with Sister Rosetta Tharp ("the good days," Smith recalled). In 1951, the group participated in the wedding of Tharp, a popular (and sometimes, to the church crowd, controversial) performer. The nuptials were held before 25,000 people at Washington's Griffin Stadium. 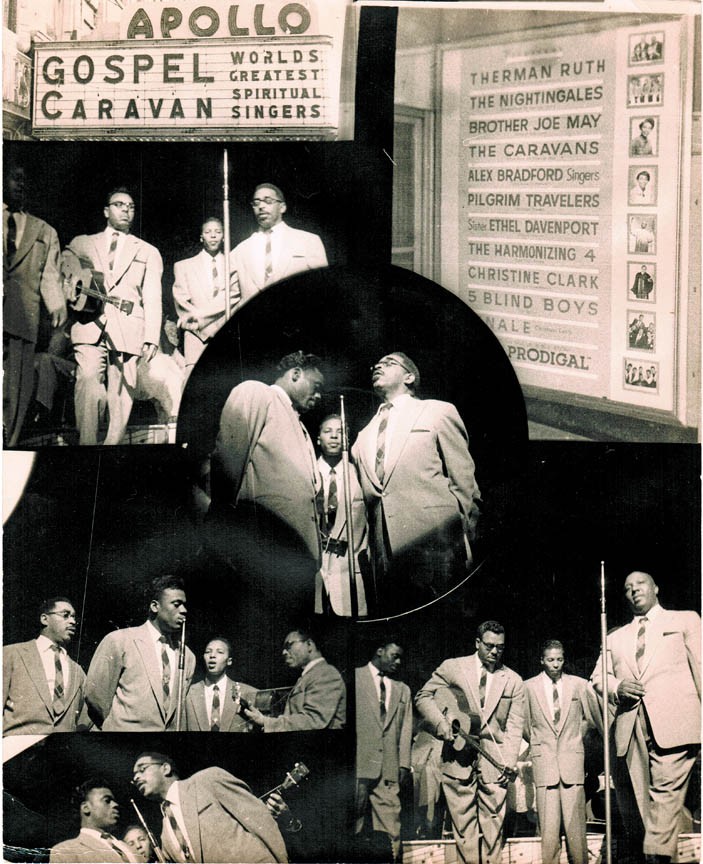 Off the road, members programmed local shows. "No one was promoting gospel in Richmond until the Harmonizing Four," Smith said. For decades, the group was host to sold-out anniversary performances at the Mosque [now the Landmark] that featured the cream of the national gospel scene mixed with regional acts.

The Harmonizing Four recorded for a slew of record labels through the years, including Atlantic Records and Vee Jay. But its most essential recordings were made with a Philadelphia label called Gotham Records. "This is when we started recording good numbers," Smith said, "like 'I Shall Not Be Moved' and 'Say a Word for Me.'"

Where did the songs come from? Hymnals mostly, Smith said, "but we would sometimes make them up. If someone brought a song in, that was his song." Thomas Johnson, who died in 2003, normally arranged the songs but each member contributed. "We'd put it together," Smith said. "Someone would say, 'Look, you have a chord here don't sound too right.' So we was all together."

And, yes, there was always pressure to perform nonreligious music. "Record companies would want us to do rhythm and blues. ... First it was R&B, then it was rock, and then something else," Smith recalled with a laugh.

As open as he was to other types of music, the 31st Baptist Church member would never alienate the religious audience by singing rock 'n' roll or "something else." There were others in the Smith household who would take the music to those places.

When Smith was interviewed in 1986, the Harmonizing Four were in their 59th year. Along the way they integrated electric instruments and other modern trappings; there was an exciting stint with bass singer Jimmy Jones in the mid-'50s ("that was the baddest basser from anywhere"). The group continued until Smith's death in 1995.

Lonnie Jr., the most famous of the sons, says that there was always a piano at the Smith family's Church Hill home (the first was 1227 N. 26st St. In 1959 it moved to Oakwood Avenue). The smiling keyboardist, always hidden behind dark shades, recalls taking piano lessons, though the teacher's name eludes him. "I don't remember," he says. "I wish my father was here, he remembers everything."

Lonnie, Ray and Donald — two younger sisters, Jackie and Lola, came later, when the boys were mostly gone — were into doo-wop and R&B. "I started playing in a band in high school," Lonnie Jr. says. One day, the bespectacled pianist began his ascent into the cosmos. "Someone played a record by Charlie Parker ... and I said, 'Man, what is that?' It was so beautiful. I mean he was playing jazz and improv, and I was like, 'Man, that's what I want to do.'"

As a budding musician, Lonnie Jr. couldn't help but be inspired by his surroundings. "It was great because we'd come home and there'd be the Dixie Hummingbirds. They would come by and visit because you know the Harmonizing Four would host festivals at the Mosque. Oh, and of course, Mom always fed them."

The late Elizabeth Smith, born in Wilson, Va., in 1906, sounds like a saint. "She kept everything together," Lonnie says of his mother, who passed away eight years ago. "She didn't come to any clubs, only the concerts. She was definitely not going to no clubs. And she ... helped us on the road. You know that's important to have a mother like that. And she really supported my father too." 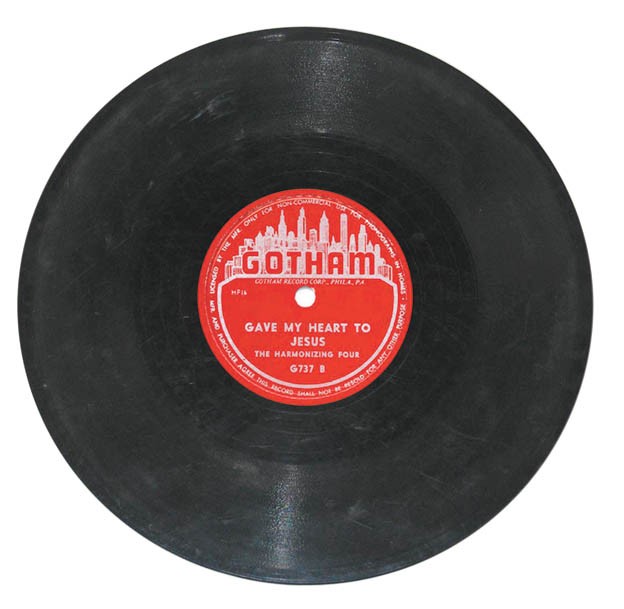 And Lonnie Sr. knew it. "My wife stayed right here with these boys," he said in 1986. "She raised these children of ours."

According to his kids, dad was anything but judgmental when it came to the music they liked. "He listened to all kinds of music," Lonnie Jr. says. "He liked the King Sisters, Andy Williams, and then he could talk to you about Count Basie and Duke Ellington. He wasn't closed off at all."

The kids soaked up the open-mindedness. Lonnie Jr. earned a degree in music education from Baltimore's Morgan State University, honing his jazz chops in after-hours clubs. When he graduated, he joined the house band at the Royal Theater, where he backed a who's who of R&B, soul and pop stars, including Betty Carter and Sam Cooke. A couple of high-profile gigs came in rapid succession, with band leader Art Blakey, drummer Max Roach and Rahsaan Roland Kirk.

By the late '60s Lonnie Jr. found himself performing with Pharaoh Sanders, a bold, out-there jazz visionary who demanded improvisational fire from his players. It was during the recording of a 1971 Sanders LP that Smith discovered the Fender Rhodes electric piano — and broke earth's atmosphere.

"I saw [it] in the corner. All I knew about [the Fender Rhodes] was Ray Charles. So I walked over, started messing, just having nothing to do and I wrote a 21st-century bar blues and called it 'Astral Traveling.'"

It became a pivotal moment for Smith — and, according to some critics, for jazz. Soon Lonnie, who was no stranger to working for eccentric musicians, got an invitation to join Miles Davis' band. At the first practice, Davis introduced him to a Yamaha electric organ, which he'd never played.

Lonnie was surprised. "He said, 'I want you to play that.' I said: 'Miles, I know nothing about that! Can I take it home?' He said, 'Nope.' Well, Miles Davis was a genius. He wanted the guys to come up with something new every night. Today you'd get fired for that ... because everything is so structured."

But working with Davis could be its own kind of space trip. "Miles would wake up the next morning and say, 'Man, I don't feel like rehearsing today.' You would show up and he would slam the door and say, 'Nobody home.' But, I mean ... that was Miles."