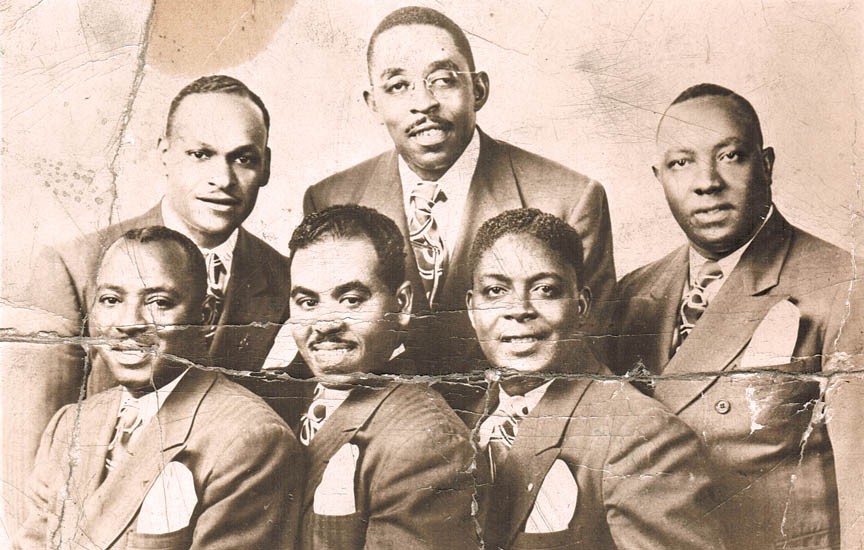 It takes a lot to blow the mind of a musician who specializes in cosmic space jazz.

"Oh man, I can't believe this," Lonnie Liston Smith Jr. says from his home in Short Pump. "I'm looking on the computer and ... I just didn't know."

(And it should blow our minds that the out-there jazz keyboardist who helped to bring the world such albums as "Expansions," the guy who swapped visionary riffs with the likes of Miles Davis, Max Roach and Pharoah Sanders, lives in Short Pump. But let's not digress. We'll get back to that.)

Smith recently learned that his father, as a member of the Richmond-based Harmonizing Four, sang at the White House in 1945 following the death of President Franklin D. Roosevelt. He's flabbergasted. "You've got to let Richmond know about this," he says.

History doesn't record what was sung for Mrs. Roosevelt on that important day, but no doubt it was appropriate for the occasion. The Harmonizing Four was nothing if not a group that understood tradition and the changing of the guard.

It was on a hot summer day in 1927 when four black teenagers, each from a different South Richmond church, got together to sing. What emerged from their early Dunbar Elementary School performances was a gospel brand that would sustain itself through countless lineup changes and shifting musical tastes for more than 60 years.

But the Harmonizing Four are little known today in their own hometown. There's no marker, no plaque, no signpost to symbolize the starting point for a musical unit that inspired listeners across the nation and kept Richmond alive with praise for generations.

"I don't think that Virginia, as a whole, knew how great this gospel group was worldwide," Richmond soul singer and drummer Tyrone Thomas says.

"The Harmonizing Four was a huge influence on groups — regionally as well as nationally," echoes Barksdale Haggins, the longtime owner of Barky's Spirituals on East Broad Street. The record store has been the hub of the Richmond gospel scene since 1956.

The "Four" (actually a quintet during their glory years) performed a form of a cappella music that had been popular in black culture since the late 19th century. One of the epicenters for the singing style was Hampton Roads, anchored by Hampton Institute's pioneering African-American quartets. But Richmond had its share (one of the earliest to record professionally was the Old South Quartette, a quartet that waxed songs in 1909 with white songster Polk Miller). 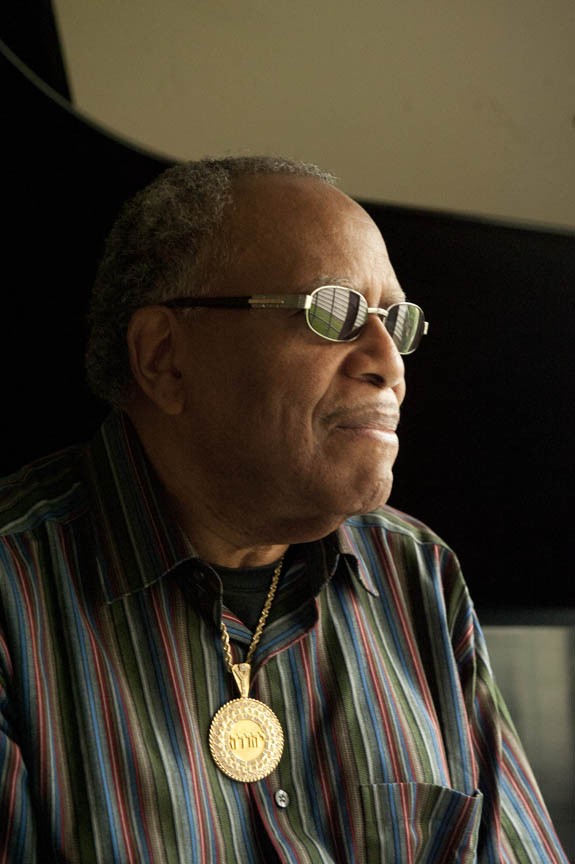 The Harmonizing Four came to prominence during the '30s and '40s, when black gospel singing was undergoing a transitional phase. Groups such as Norfolk's dynamic Golden Gate Quartet were speeding up the beat and engaging a younger audience with jubilee singing and modern phrasing, setting the stage for doo-wop. In contrast, the Harmonizing Four eschewed jazz influences for pure soulful four-part harmony.

"The Harmonizing Four were kind of hanging back," says folklorist Vaughan Webb at the Blue Ridge Institute at Ferrum College, near Roanoke. "They were in this realm between the old stand-up-straight quartet singing and the more modern music."

Webb was one of a group of researchers who, a quarter century ago, tracked down many of the then-living quartet singers to interview them. "The Harmonizing Four had a stronger grip than most groups on the roots of that tradition," he says.

Early on, the group lost its founding tenor and bass singers, Joe Curby and Willie Peyton. Thomas Johnson, whose precise lead vocals became the backbone of the Harmonizing sound, joined in 1933. "Gospel Joe" Williams became a member in 1936. A large man who could sing both baritone and alto, Williams would long serve as the group's business manager — and could be a tough customer.

"I called Gospel Joe," Webb recalls about his research. "He said, 'Come on over.' I went over to his house, sat in his living room, and he pretty much asked — 'What's in this for the Harmonizing Four?'"

Webb explained that the interview was to help scholars understand Virginia's legacy of gospel quartets. (At one time, hundreds of black a cappella groups existed across the commonwealth — more than a dozen recorded for national labels.)

"We're not interested," Williams said with a wave of his hand.

"So I called Lonnie," Webb says.

Lonnie Liston Smith Sr. replaced John Scott when the group's original tenor enlisted in the Army in 1943. Smith told Webb he was born in Andrews, S.C., in 1912, but the correct date is probably 1905. "I left South Carolina when I was just a youngster, y'know," he told Webb when they sat down in Smith's Oakwood Avenue home for a long, and heretofore unpublished, interview in July 1986. "Wasn't anything in the woods of South Carolina. I wanted to get in with something."

The twentysomething Smith took up seasonal work at a tobacco plant in Wilson, N.C. "I started singing with some boys there. We had kind of an odd sort of sound ... the Carolina Social Four. Those boys could sing. They were wild." Smith and his pals decided to travel to New Jersey but took a detour. "We stopped here in Richmond," he says. "Never got any farther." 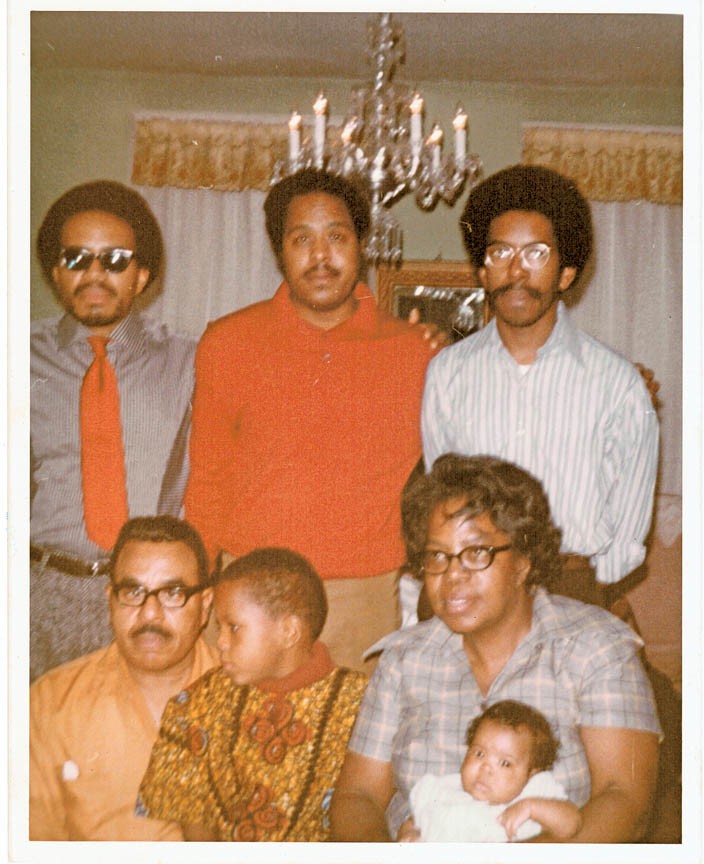 The Carolina Social Four quickly got a show once a week on WRVA. At the same time the area's top quartet, the Harmonizing Four, was debuting on WRNL, where it soon would have Sunday breakfast with Richmond for nearly two decades, sponsored by People's Furniture.

Although styles were changing, most of these groups still sang dressed alike and standing upright. "We stood perfectly still," Smith recalled. "You know how they all move around and all that [today] — no sir. No clapping or anything. We sang flat-footed and sang harmony."

When the Carolina Four splintered, Smith formed the Christian Four Quartet, where he began playing a four-string tenor guitar, a rarity for that time. "The Christian Four, we had kind of a rough sound ... we sang more of a jump 'jubilee' style while the Harmonizing Four were more of a harmony group. In fact, they started singing faster after I got up with them, with a bit of 'jubilee' some."

Smith brought energy when the Harmonizing Four asked him to join in 1943. But, he said: "I still had to conform to their style of singing because the Harmonizing Four had a distinctive style. You can't change it if you want to, that's all they sing. Some groups can change up their sound — imitate — but not them."

A Harmonizing Four concert normally began with "Is Everybody Happy?" — "something to get them to start clapping and singing" — and then offer up a variety of well-known black spirituals. "That's what made us last as long as we lasted," Smith recalled. "We would do a hymn, maybe we'd do it a little bit different from the church. Not enough to hurt it because we always said, 'Stay with the church songs.' Because if they can sing it in church for a thousand years, why can't we? We just make it prettier than they sing it."