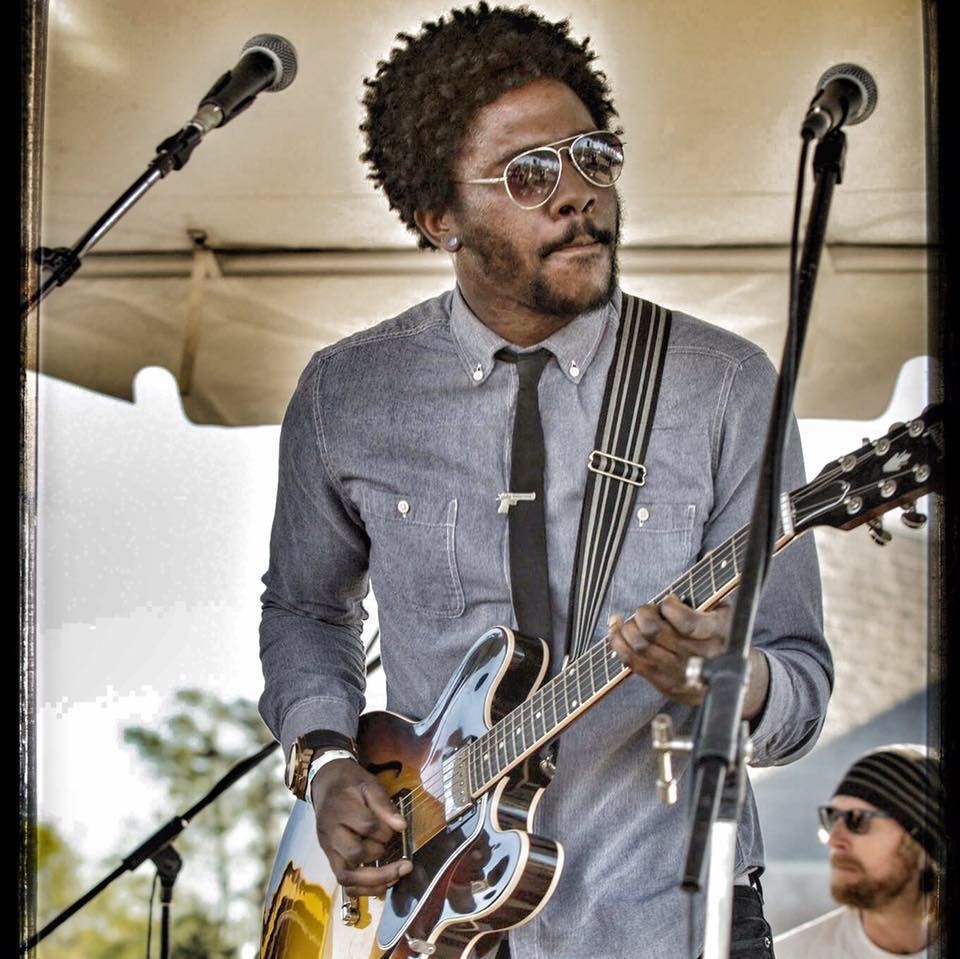 Longtime local musician and widely respected guitarist DJ Williams announced via Facebook that he was relocating to Los Angeles in a few months to pursue his career in music.

Style caught up with Williams this evening and he says he's been pondering the move for awhile now. He recently spent five days in Los Angeles and says he got more done and made more connections that he ever could've imagined.

"I had originally planned on heading to NYC but something about that just didn't feel right. I'm big on having the right feeling about something [laughs]. Every time I'm in California it's always just felt like home in many ways," Williams says. "I've been playing with Karl Denson for five years now and he's based out of San Diego and it's afforded me the luxury of spending a lot of time in Cali as well as developing relationships with some high profile people in the business. I chose LA because of its character, where I am going to live (which is in West Hollywood) and for the new resurgence of art that is happening in that area and the surrounding pockets."

Williams says he'll still be touring and on the road a lot, but his home base in LA will be filled "with some of my peers who play for really prominent artists like Kendrick Lamar, Erykah Badu, Slightly Stoopid, Dave Matthews, and an endless amount of others."

"I want to be in the middle of that," he adds. "I also would like to get in more producing and studio work as well and this is a huge hub for all that."

When it comes to his much-loved local group, DJ Williams Projekt, which gained a following playing in Devil's Triangle for several years before moving to venues such as the Camel and Broadberry, Williams is unsure what the future holds.

"Not sure yet. The Projekt here is still very much my family and hopefully I will bring them out to the west to perform as well," he says. "There will still be RVA shows and others but there is only ONE Projekt. A Tuesday night residency is already in the works for my new 'project' out west but it will be under a different name."

Neighbor and drummer from the DJ Williams Projekt, Dusty Ray Simmons says he's known his good friend has been weighing moving over the past year. He says he has nothing but love and respect for Williams and wishes him well.

"As a fixture on the scene he will no doubt be missed as he packs his brand of funk in his trunk. But honestly for the last few years the Projekt hasn't been playing a weekly show and he's been out with KDTU (Karl Denson's Tiny Universe) quite a bit, plus we're all individually doing a lot of other projects that keep us busy here and on the road," explains Simmons. "I would imagine you'll see the DJ Williams Projekt on a more of a national touring type schedule in the Richmond area, maybe four or five shows a year so I hope everyone can make it out to our 13-year anniversary [June 4th at The Broadberry] to give him a proper RVA farewell."

We're sure that Williams' many friends and fans will be sad to see him go, but you should still be able to catch him plenty around town this summer. And there's little doubt that he'll be representing RVA music well out on the left coast.

"I come to you all with a very excited (and somewhat sad) heart to let you know that these next few months in Richmond will be my last as I have decided to relocate to Los Angeles. This town is very much a huge part of my life and I love RVA more than I can put into words but I feel very much like I have hit a wall here and I'm ready to move forward with new adventures, new people, and a new environment. No, this is not the end of DJ WILLIAMS PROJEKT or any other musical endeavor I have been involved in so let's not get that rumor mill started. This is a new opportunity for me to move forward with my career and my life with the fortuity to succeed elsewhere. I've been very fortunate with the support I've had and I look forward to still coming home and putting on shows and visiting all my favorite people and spots but I still would like to make the best of this summer and relish in all of RVA that I can before I go and I hope to see all of your lovely faces around. Much love.