Cult of Youth's rich, deceptively dark folk was years in the making. 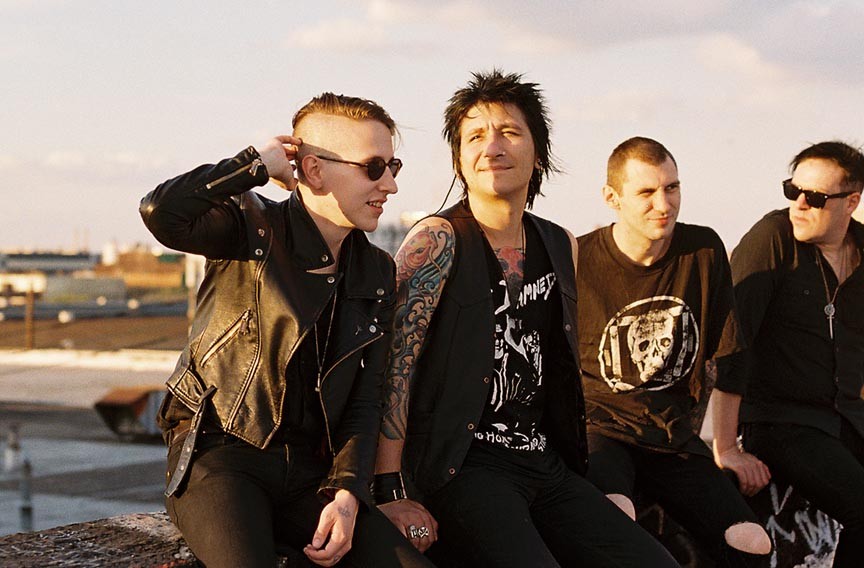 Sean Ragon can trace the success of Cult of Youth — his one-man project turned frequently mutating full band — back to a construction site.

For a decade before making his music public, the Boston-bred New Yorker worked in private, sticking to an unsatisfying regimen: "Record stuff, scrap it, record stuff, scrap it, make some tapes, don't play 'em for anyone, scrap it, just keep practicing, keep working on it." Ragon's bedroom recordings existed for so long that they experienced their own stylistic evolution, moving from electronic music to noise-oriented material to gothy post-punk, neo-folk similar to Death in June and Current 93.

Then sometime in 2006 Ragon was working on a painting and plastering job with his friend Jeff McLeod — drummer for Matador Records-signed indie rockers the Double, another band that got its start with home recordings. McLeod gave him a crucial push. "One day he said to me, 'You've just gotta get it out the bedroom. You've just gotta make something and put it out there, even if it sucks. You're never gonna progress unless you do that,'" Ragon says. "That was probably the best advice that anyone ever gave me."

Shortly thereafter, the multi-instrumentalist began cultivating Cult of Youth's public profile by releasing one 7-inch record — a small move that jump-started something greater. "A Stick to Bind, a Seed to Grow," the first Cult of Youth full-length, hit in 2008, with "Cult of Youth" following in 2011 and "Love Will Prevail" in September. Ragon now oversees Blind Prophet, his own label, and Heaven Street Records, a Brooklyn record store and makeshift recording studio.

Today, the band's aesthetic resides at the intersection of several schools of sound. Its candor and do-it-youself leanings stem from Ragon's admiration of underground punk and protest folk, its patina of somberness comes from his preference for both neo-folk and industrial music, and its occasional interest in dusty, epic instrumentation recalls Ennio Morricone's spaghetti Western soundtracks (even though Ragon says he has little knowledge of the composer).

While "Love Will Prevail" is more upbeat than past work, the project naturally lends itself to moments of grand doom and gloom. Ragon, for his part, sings with an elegantly tortured drone reminiscent of Ian Curtis. Still, he firmly believes his material to be more life-affirming than morose. Creating "liberation music" is what he ultimately aims to accomplish.

"To me, [it's about] the idea of, 'Yeah, maybe there's something wrong with you or you had a bad childhood or some drug problems or some depression, but fuck that, you can do better. You don't have to wallow in that. You could take action and make changes to make your situation better.' That's what it's all about, whereas some people might only get the first part of [the concept]," says Ragon, who has publicly discussed his past struggles with drug addiction, alcoholism and depression. "The thing about music is that it's like a Rorschach test: You see from it what you see from it." S

Cult of Youth will perform with Lost Tribe, Buck Gooter, Pharmakon and others at 8 p.m. on Sunday, Nov. 11, at Strange Matter, 929 W. Grace St. $8-$10. For information, go to strangematterrva.com.