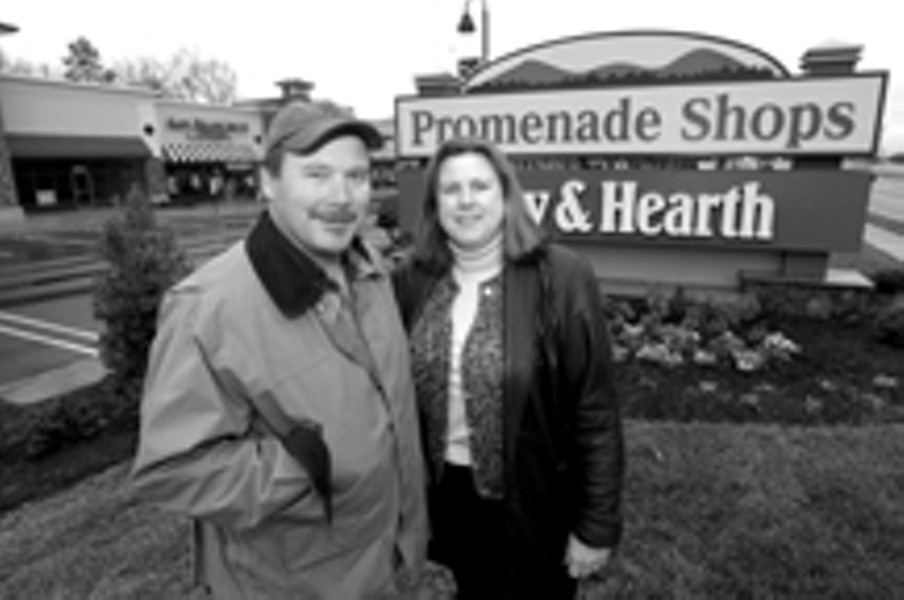 A long-term lease wasn't financially feasible for their business, she says, nor would Taubman promise to prevent competing businesses from moving into the mall. So the couple opted for a temporary, lower-cost, nine-month lease and set up business in the former KB Toys store.

The store, named after the couple's two dogs, proved to be popular among dog-loving shoppers, many of whom would drop off their pets for grooming while they hit the stores. In October, the Statons told Taubman they wanted to renew the lease for a year.

"Well, there might be a problem," Staton says she was told. Dog-treat boutique Three Dog Bakery, part of a national chain, was moving in — next door to the Statons' store. And the bakery was going to need to take some of the space the Statons used for grooming.

The Statons agreed, if not ecstatically. They thought perhaps they could move elsewhere in the mall, Mitzi Staton says. Then the Statons were told Dec. 15 they had to vacate the premises in two weeks.

"It was just an absolute awful, awful thing to do to somebody at the holidays," Staton says. It wasn't as if other mall space was unavailable, she adds: "That whole end of the mall is like this big cavern."

Their Stony Point store closed Dec. 31. Last week the Statons opened the new Munson & Zevon in the former St. Tropez space in the Promenade Shops, across from Short Pump