Friends and family recall a positive force with a gap-toothed grin. 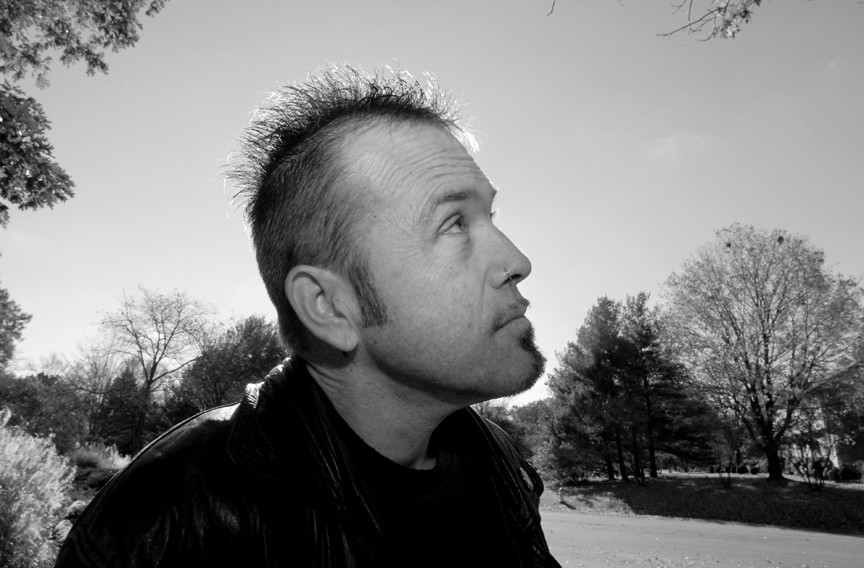 A prolific and longtime Richmond musician, Jonny Cecka, died last weekend after a lifelong battle with diabetes. He was 53.

Since the 1980s, Cecka was known for bands such as the Snakehandlers and the Useless Playboys, a “postmortem swing band.” He also played bass in Dexterville with noted guitarist Dexter Romweber of the Flat Duo Jets, and remained involved with music until the end -- playing with the Poison Ivy League, his last band.

Cecka also was a devoted elementary school art and technology teacher in the Richmond Public Schools, where he worked until he became disabled in 2016, says his wife, Dale Margolin Cecka, a law professor at the University of Richmond and director of the Jeanette Lipman Family Law Clinic.

Aside from music, she notes, her husband was “devoted to children and disenfranchised communities his entire life” and had grown passionate about legal services because of her work.

Many of Cecka’s friends were shocked by his death, she says, not knowing the full extent of his health condition.

“He was the most full-of-life, never complaining person you can imagine,” she says. “People just didn’t know. He was so full of optimism and creativity and spirit right until the day he died. It sounds like a cliché, but it’s true.”

Cecka, 13 years younger than her husband, says they met online and were married five years ago. They have two children, ages 4 and 2, and he had one son, 17, from a previous marriage.

A Miami native, Cecka also spent time living in New York, but it was 1980s and ’90s in Richmond where he seemed to blossom.

“We were in the middle of trying to coordinate a time for me to draw his daughter on his prosthetic leg when a mutual friend called and told me [he died],” longtime collaborator Matt Brown says via e-mail. The last time he saw Cecka was at the Bandito’s 20th anniversary about a month ago.

From his early days looking like “a scary caveman guy with long wild hair” while performing with the Mystagogues, Brown says, Cecka was quite the onstage presence. One of his best-known bands, the Snakehandlers, also involved young drummer Jim Thomson later of Gwar, Bio Ritmo and the Alter-Natives. Thomson was 18 and only beginning to learn to play drums when he met Cecka. 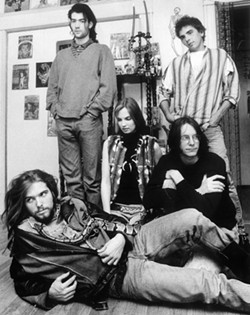 “I was insecure as heck and Jonny was always saying, ‘You sound great, man,’” Thomson recalls. “It meant the world for me to hear and gave me confidence to keep going.” Cecka asked Thomson to join the group he was forming with Jeanne Freeman Bishop. Thomson says he was over-the-moon excited to be in a “creepy-crawly garage band.”

Cecka was not only a musician, but also an artist and film actor. His page on the Internet Movie Database lists a bit part as Martin Highpockets in the 1981 hit comedy, “Porky’s.”

Friend Doug Dobey says what he’ll remember most about Cecka was how he took whatever life threw at him with a “singular, crazy, gap-toothed grin.”

“His energy was palpable. He was excited about everything, a new band, a new child, a new transplant,” Dobey says. “He made me smile whenever I saw him … and he made me think he could handle anything that life had in store for him.”

Brown also played in a garage band with Cecka called the Organ Grynders, and later the two collaborated on a couple of animation projects that never got off the ground, he says. When Brown later went through a divorce, he says Cecka was there to listen.

“These were the days when we would meet at a coffee shops or my place and reflect on our past adventures, our love of music, politics [he was proud to have met with Gov. Tim Kaine, he says], the Cramps, Miami Dolphins, spirituality and getting older,” Brown says by e-mail.

Dobey adds that Cecka left a blueprint for facing both the good and bad in life.

“He did it looking straight ahead with that crazy grin of his,” he says. “Maybe that’s his legacy.”

Cecka’s wife says a memorial service will be held Sunday, July 30 at 4 p.m. at the First Unitarian Universalist Church of Richmond, 1000 Blanton Ave., where he belonged.

Contributions may be made to the Jeanette Lipman Family Law Clinic at the University of Richmond School of Law.