Local Group Has Plan to Keep Baseball at The Diamond 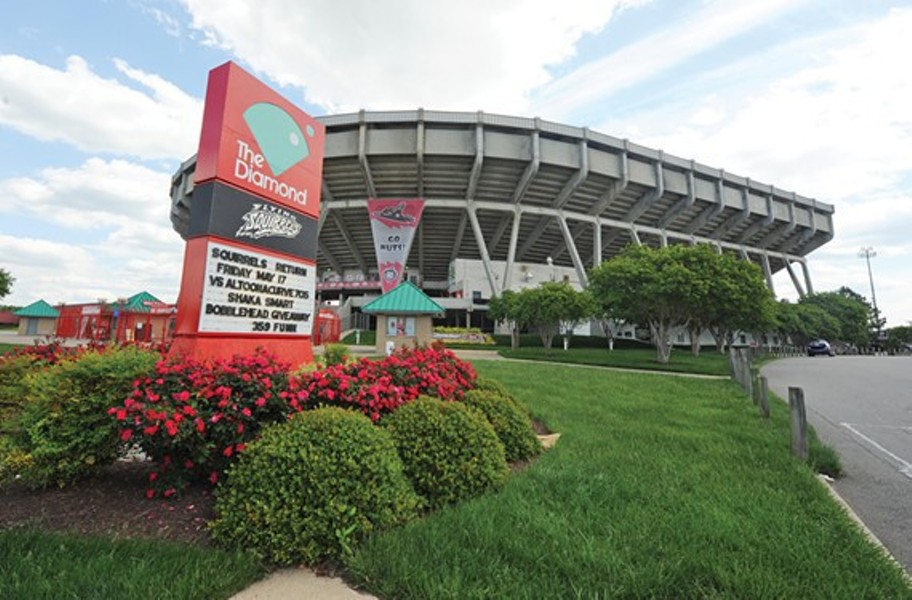 Scott Elmquist Local "Save the Diamond Committee" wants to renovate the stadium and bring mixed-use retail to the Boulevard.

A group of stakeholders in Richmond’s business community has plans for a Diamond redesign that it hopes will be a game-changer in the fight to keep baseball on the Boulevard.

“The Save the Diamond Committee” says that it will announce plans next week to “transform the existing Diamond into a 21st Century ballpark.” The proposal would include a plan to develop the roughly 50 acres surrounding the Diamond into “a multi-use development plan … that can provide significant tax revenue to the City of Richmond.”

A presentation will take place at the Richmond Public Library auditorium Dec. 2 at 2 p.m., where plan schematics will be available.

“The Save the Diamond Committee” is yet another voice in the fight for what the future could hold for the 61-acres of prime city-owned real estate. It is composed of eight supporters, architects and developers who say their mission is “to keep baseball on the Boulevard in a renovated Diamond.”

The committee is headed by Harry Warner, a sales consultant for West Avenue Associates, which assists businesses and nonprofits with fiscal and organizational planning. He is joined by Thomas Hanson, structural engineer on the original Diamond; Carlton Moffatt Jr., a former member of the Richmond Chamber of Commerce; Rick Tatnall, who heads Replenish Richmond an organization that specializes in community development; Randy Holmes, president of Glave and Holmes Architecture; Steve Terrill, of AECOM; John Dempsey and Jim Lee.

Just weeks ago, advocates for a free-standing children's hospital announced that they were putting the push to bring a facility to the Boulevard on hold. This potentially freed the space for other plans, which was when Mayor Dwight C. Jones called for a study and community meetings to help determine the best use for the area before calling for developer proposals.

Jones angered the management of the Richmond Flying Squirrels when he said that baseball wasn’t a priority in his visions for the Boulevard. Enter Councilmembers Charles Samuels and Jon Baliles, who also want to accept developer proposals. A key difference is that their plan doesn’t rule out baseball for the area and says that a proposal “may or not include a Minor League baseball stadium.”

In January, the "Save the Diamond Committee" introduced a plan with no funding that would include adding a restaurant and skyboxes around the upper rim of the stadium, while taking out current skyboxes to add more seats in lower bowl. The group also said that this would open up the concourse for better viewing. Elevators would be added along with a ground-level parking structure that would be topped with retail.