Scott Elmquist A view inside the lobby at Quirk Hotel, 201 W. Broad St.

If architects agree on any one thing, it’s that good design never appears dated.

Richmond needs to look no further than the Tudor-Jacobean revival Branch House on Monument Avenue and the midcentury modern Rice House on the James River. They’re proof that disparate styles can hold up as classic designs.

To that end, the Branch Museum of Architecture and Design is joining with Modern Richmond Tour — which educates the public about modern local design through monthly tours — for the inaugural DesignMonth RVA in April.

The range of programming ensures that everyone from the casually curious to full-on architectural nerds will find something to pique their interest.

Architectural historian Calder Loth will give one of his knowledgeable and entertaining talks, and there will be an insider tour of the new Quirk Hotel and a behind-the scenes look at the Branch House — including access to some of the rarely seen rooms. 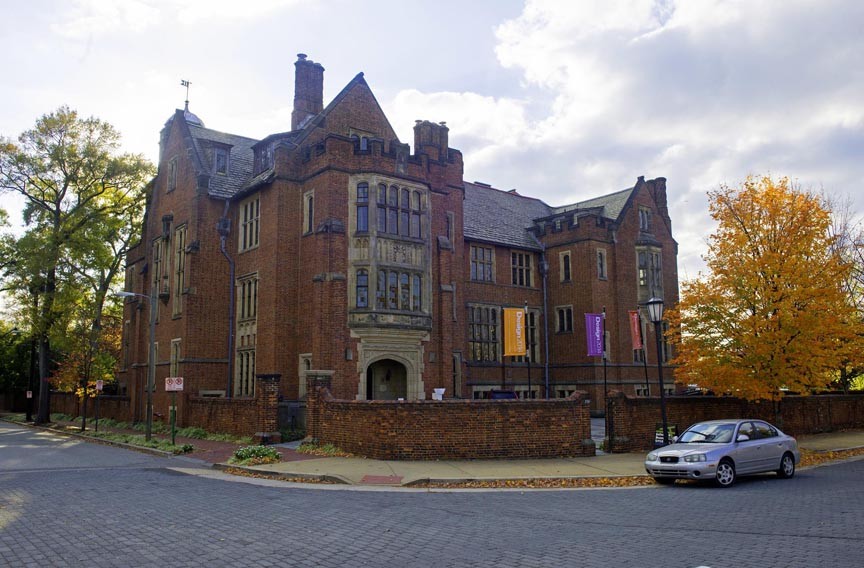 An evening tour of the beautifully renovated 1950s-era 5500 Riverside Drive in Westover Hills is bound to be popular, while interactive types will want to participate in a community roundtable discussion examining concepts of co-housing and sustainability. Films and curator tours round out the month, with all activities listed on the Branch Museum website.

The nation’s president and architect, Thomas Jefferson, was born April 12, so National Architects Week is held then — this year from April 10-16. DesignMonth RVA builds on this. With a goal of reaching diverse audiences by offering collaborative programming on issues of design and architecture, the creators hit on the concept of a monthlong series of events that would celebrate Richmond as a vibrant design center while broadening the conversations about the importance of thoughtful design.

“Richmond has been growing and expanding in leaps and bounds. By no means would I call it traditional,” says Richmond Modern board member Andrea Levine, who sees Richmond’s identity stretching with myriad influences increasingly evident at Virginia Commonwealth University, the Virginia Museum of Fine Arts and now with the VCU’s Institute for Contemporary Art coming out of the ground.

“We have forward-thinking architects, designers, craftspeople and artists,” she says. “And as Richmond continues to attract from cities like New York, Chicago, Portland, so does the appetite for good design.”

The goal is to expand and grow the event to include other local museums and venues in Richmond.

Branch Museum director Craig Reynolds believes that the past and future aren’t exclusive of one another, noting that the city was built upon a rich design legacy dating back to its founding as a center of industrial design, manufacturing, arts and architecture.

“It’s exactly through innovative design that Richmond can maintain its historic past while reemerging as a dynamic, 21st-century city,” he says. “A city reinvigorated through design-focused problem solving, innovation and creativity.” S