The Library of Virginia lauds the poetry of Eleanor Ross Taylor. 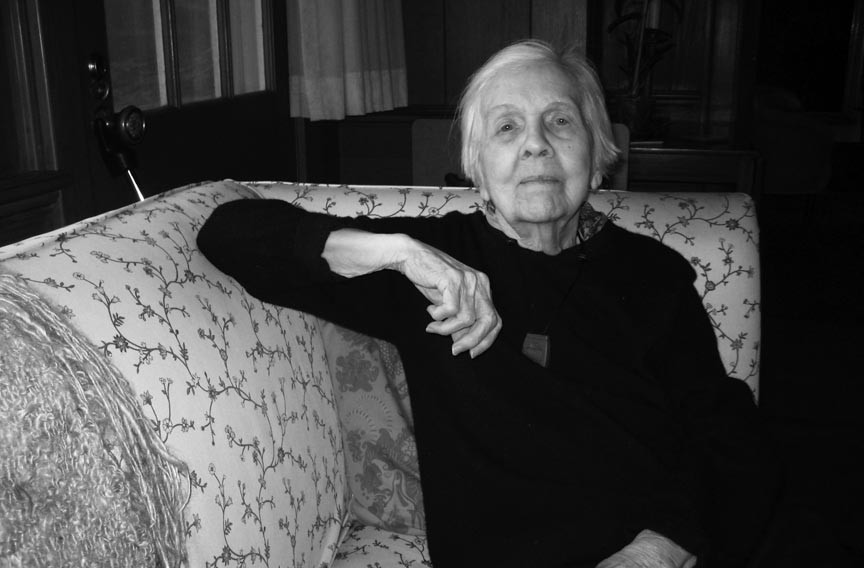 What does the world do these days when a great poet dies and even her own words "beg you, kids — no memorials, please"?

What happens is that the champions of her work conspire to disobey her wishes.

It's similar to the conundrum faced by Emily Dickinson's family, but we finally must betray the artist to bring the art to light. If it were not so, with Dickinson, we wouldn't know the name; in the case of Eleanor Ross Taylor, we might forget.

Therefore, Taylor's exquisite poetry will be celebrated by writers Claudia Emerson, Kathleen Graber, Debra Nystrom, David Wojahn, and Taylor's son, Ross Taylor, who will read from his mother's work this week at the Library of Virginia.

Eleanor Ross Taylor died five months ago at age 91 in Falls Church. She and her husband, novelist Peter Taylor, were resident luminaries in an all-star cast at the University of Virginia, including notable current faculty members Rita Dove, Charles Wright and Gregory Orr.

But the Taylors' circle of friends rippled back through the years and included some of the best authors and minds of the mid-20th century. Among them were John Crowe Ransom, Allen Tate, Robert Lowell, Jean Stafford, Randall Jarrell, Eudora Welty, Adrienne Rich, Elizabeth Bishop, Richard Wilbur, James Dickey and Donald Justice.

While it's important to see Taylor as a vital component of arguably the most important group and period within the American literary tradition, it's equally important to see her as her own individual spirit. Doctoral students will always try to capture the dead in thin webs of subgenres, and to this end, Taylor will provide an endless supply of silk.

But she also should be seen as a writer who works against labels. It's too easy to paint her simply as a Southern writer or as a feminist poet when these very same perspectives tend to work against each other. Her form moves between modernism and postmoderism, and her language, often in the same poem, is both formal and colored with vernacular. Often she'll expand your vocabulary with a word that didn't exist before she used it. Her lines are shaved off smooth into a terse rigidity that moves as breathlessly as subway cars, subterranean and filled with yearning. And they transport us still, with precision, economy and restraint.

Taylor published six volumes of poetry beginning in 1960, and she did something that more poets ought to do: She published only once each decade. It gives a poet of measured grace the time to cook and render. But it also creates, if maintained, a space of rich silence in which something enormous can be held back. The unspoken is such a difficult thing to get poems to speak. Yet this might be what the great critic Randall Jarrell meant of her first book when he wrote, "the world is a cage for a woman, and inside it the woman is her own cage." Her poems are partly the condition and partly the resistance to it.

We've lost Taylor and thereby an important piece of living history. And yet — as will no doubt be discovered at the Library of Virginia event — the words live on, "scribbling ... / across the sky / out the window / before dinner just as the doorbell rings / across the ceiling touched by carlights / at night when there are too many people to wake." S

"Poetic Principles: Remembering Eleanor Ross Taylor" will be at the Library of Virginia, 800 E. Broad St., May 10 at 5:30 p.m. The event is free. For information, go to lva.virginia.gov.