Living on the Compound

Imagine a militant coming after you with a gun, but first asking (as was done at the Oasis) what your religious affiliation is. 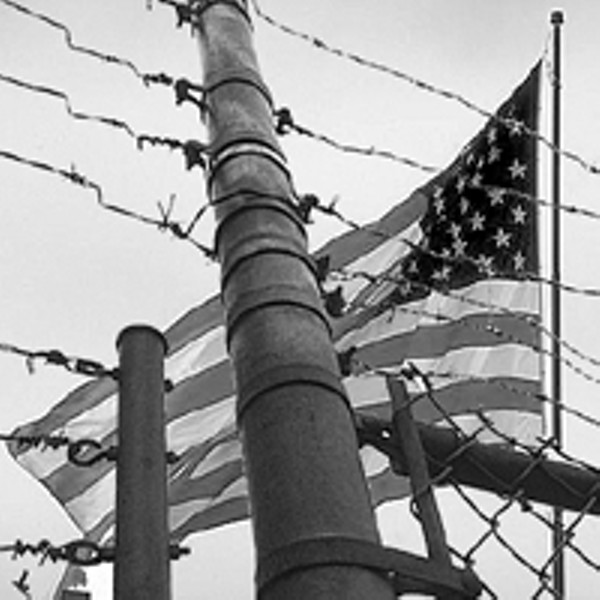 I’ve always thought of life on the compound as boring. Oh sure, there are “activities.” Most of those activities are organized by self-directed groups looking for ways to stay busy while their husbands put in an eight-hour day. All these “make-do” activities involve shopping and/or eating. Mothers with children living on the compound find themselves a little more occupied as they involve themselves in their children’s school activities. I have no dependent children living with me. Shopping, for me, is a chore and I eat primarily to sustain my life.

Today, along with being bored, I’m scared. Militants vow to strike again. I don’t feel safe in the Kingdom anymore. Today, I would settle for just being plain bored. Last Saturday, just a few days after I arrived “home” on Saudi Aramco’s compound in Dhahran, Islamic militants forced themselves into the Oasis housing compound in Khobar, killing 22 people and leaving scores injured. Khobar is a mere 20-minute car ride down the road. I’ve been to the Oasis compound for social events. As recent news reports have stated: It’s a lovely place to live — if you’re into luxury and convenience. It’s not an easy place to access, even if you are holding a ticket purchased ahead of time for an event scheduled to take place five minutes after making your appearance at the first gate. There are at least a couple of different gates to maneuver before you find yourself actually in the compound. In spite of that, gunmen managed to barge into the place more easily than I ever could, even though I carry with me a wealth of credentials.

. Militants vow to strike again. I don’t feel safe in the Kingdom anymore. Part of my unease has to do with what I can best describe as the ineptitude of the Saudi security force. My compound has guards. Just like the Oasis, there are several checkpoints to get through before landing inside my compound. What I find disconcerting is to see security guards, stationed at their posts, leaning against a wall, waving vehicle after vehicle through. Only occasionally does a guard ask to see identification. Even if they were to catch people intent on destruction, there is nothing about their demeanor that gives me a sense of security. Would they be any different from the security people at the Oasis who had four militants surrounded, but still managed to let three of them escape? The fourth one died. I’m not sure how.

Yesterday, I took an inter-area bus to Ran Tanura, another of Aramco’s compounds about an hour’s drive north of Dhahran, to visit my friend Serena. Most of the drive is on a six-lane highway. There were several checkpoints along the route. A couple of them had nobody attending them. Traffic slowed, but then easily moved on through. A couple of the checkpoints had guards. I saw guards leaning on their rifles, sweating in the 100-plus degree heat, looking uneasy and just as scared as I felt. I saw no machine guns — just a couple of half-built sandbag walls. After I arrived at the Ras Tanura compound, I realized that with its one gate, it’s even less secure than Dhahran.

Ex-patriates are rethinking their commitments in the region. Who can blame them? Many have lived in the area for a couple of decades. They consider this “home,” a place they feel less welcome with each passing day. Imagine a militant coming after you with a gun, but first asking (as was done at the Oasis) what your religious affiliation is. A Lebanese family was spared when a woman replied, “This is a Muslim household.” Even so, the gunman told her to “cover up” (apparently she was in Western dress) and go home to Lebanon. No doubt about it, Christians and Westerners are prime targets. Even though I have several plaques framing verses from the Qur’an decorating my walls and display an open Qur’an in my living room, I don’t believe that’s enough to deter militants who insist on dividing the world into good and evil — Muslims and non-Muslims. That mentality, of course, is not any different from what I regularly hear in Virginia. “The only good Muslim is a dead one.”

My husband tells me the atmosphere in the office where he works is tense. He sees small groups of Saudis whispering among themselves. Ex-patriate workers form their own groups and discuss the pros and cons of continuing to work in the Middle East. Just like Dr. Phil’s dysfunctional families on TV, never (or hardly ever) do Saudis and ex-patriates talk together about things that are important and valuable to them—things such as staying alive, creating a safe world, respecting each other in spite of different worldviews, and learning to care about each other’s interests.

Meanwhile, I’m in my “home” on the compound. I watch CNN and BBC, flip through re-runs of “Friends” and “Mash,” and sometimes find myself glued to “Animal Planet” in order to discover how octopi reproduce. Ex-patriate workers from Sri Lanka, Bangladesh, Pakistan and India keep the compound running. They maintain a water supply, a power supply, and keep the grounds lush and green in the middle of a huge desert. Mina birds flutter in the sprinklers. Mourning doves coo. The bougainvillea blooms pink and white. All appears calm. It’s really only a mirage. S

Esther Nelson is an adjunct faculty member at Virginia Commonwealth University where she teaches religious studies in the school of world studies. She is the author of the book “Voice of an Exile: Reflections on Islam.”