Eighth blackbird explores the other side with “PowerLESS.” 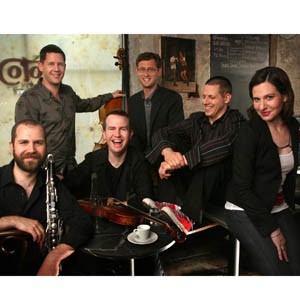 The composer Igor Stravinsky scorned people who listened to music because it stirred their emotions. “They want a drug. … Music would not be worth much if it were reduced to such an end,” he wrote in his autobiography.

Elsewhere in the book he said, “I consider that music is, by its very nature, essentially powerless to express anything at all. ...”

New-music ensemble eighth blackbird puts this pronouncement on trial this week with a pair of concerts at the Modlin Center for the Arts. Last fall, in a program titled “PowerFUL,” the sextet presented three works that explicitly evoke external issues: war, imprisonment and the physical world. It was a powerfully expressive concert — but the argument was muddled by all three pieces using lyrics, spoken words and program notes to help make the case.

On Monday the Grammy Award-winning group will present the other side of the argument. “PowerLESS” will feature five compositions that have no programmatic, or storytelling, element. “Or if they do, it's very understated,” cellist Nick Photinos says.

If John Cage's “Aria” expresses anything, it's a taunt. Using words as accessories of timbre, the 1958 piece challenges the brain's propensity to equate language with meaning. Flutist Timothy Munro, whose idea it was to do a two-sided exploration of the Stravinsky quote, will sing the part.

“Music in Similar Motion,” written in 1969 by Philip Glass, and “Cello Counterpoint” by Steve Reich from 2003, come as close as anything to making Stravinsky's point. Both pieces use interlocking, repetitive note patterns and engage in structural rather than associative play.

Two works on the program were composed specifically for eighth blackbird. “Five Memos” by Carlos Sanchez-Guttierez, written last year, is a tightly constructed, rhythmic and biting work. “It's kind of a stuttering sort of piece, but exciting at the same time. You'll see us concentrating furiously,” Photinos says.

The subtitle of Stephen Hartke's piece, “Meanwhile,” written in 2007, is “Incidental Music to Imaginary Puppet Plays.” Hartke was inspired by the music and imagery of Asian puppetry and theater traditions. For example, a bass clarinet solo features huge leaps in pitch, Photinos says, reminiscent of “hyperdramatic” puppet gestures.
Whether or not you imagine any stories to go with the music is up to you — which is perhaps the point. Photinos suspects that Stravinsky the provocateur composer didn't really believe what he said. “Maybe he was hinting at [the idea that music] has whatever power you give it as a listener,” he says.

The sextet has given variations on this concert theme elsewhere this year, most recently in February at New York's Park Avenue Armory with almost completely different programs: a John Cage work made it onto “PowerFUL” and a J. S. Bach piece appeared on “PowerLESS.”

Eighth blackbird takes its name from the eighth stanza of Wallace Stevens' poem “Thirteen Ways of Looking at a Blackbird.” But it's the fifth stanza that these concerts call to mind: