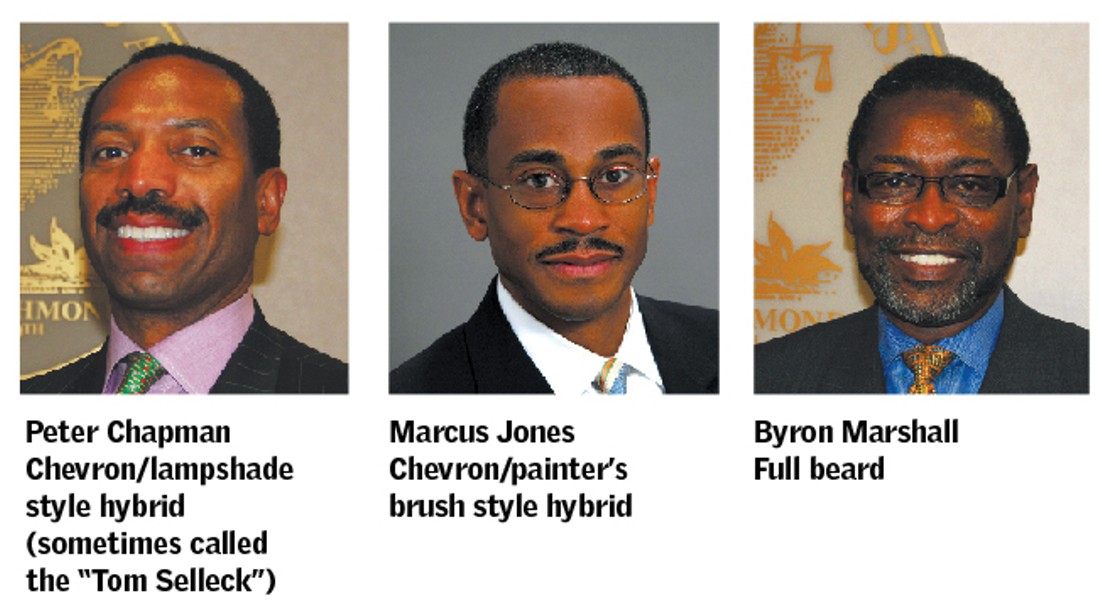 While pundits speculate why it took Mayor Dwight C. Jones so long to choose his leadership triumvirate, the bald fact may be that it's just not easy to assemble a team with ample intelligence, experience, judgment — and enough facial hair to turn this city around.

Only former acting chief administrative officer Chris Beschler is clean-shaven, perhaps the reason he was passed over, suggests former Richmonder Aaron Perlut, self-described “doctor of nuclear mustach-ology” and chairman of the board of directors of the St. Louis-based American Mustache Institute.

Jones' choices for lieutenants also follow a national political fashion trend, Perlut says. “I think you're seeing that leaders of men and women are unafraid to sport their lower-nose growth,” Perlut says. He points to U.S. Attorney General Eric Holder and David Axelrod (the latter widely credited as the brains behind President Barack Obama's successful campaign) as the new, hairier breed of government leaders.

Even Obama, during his recent Africa visit, boasted the bare beginnings of a prehensile labia sebucula (that's Latin for lip sweater, according to Dr. Perlut). Mustache? Yes he can.