A few ways to let the Richmond Lincoln craze seep into this year's merriment. 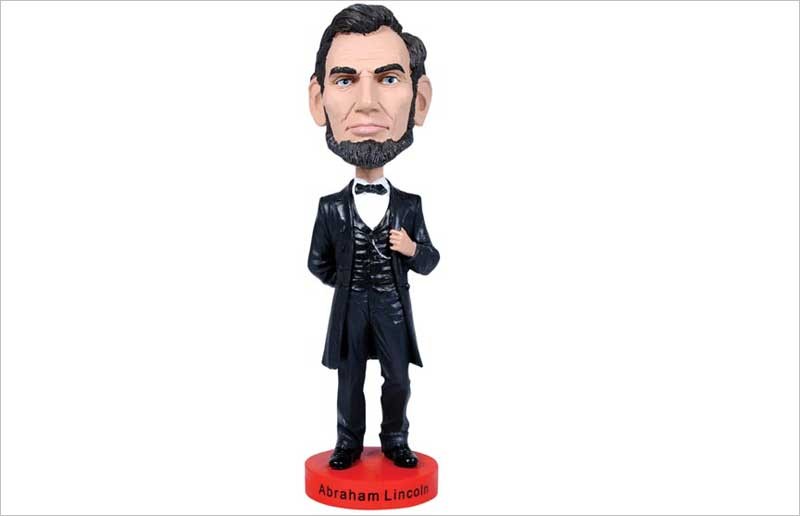 Gov. Bob McDonnell and Steven Spielberg had a little gift exchange earlier this year. Virginia officials wrapped a ribbon around $4.6 million in money, tax credits and in-kind contributions to make sure the Lincoln movie was made here. In return, McDonnell estimates that Virginia's getting a $35 million economic impact. More celebrating is sure to come during the holiday season of 2012, around the time the movie is scheduled for release. But for now here are a few ways to let the Richmond Lincoln craze seep into this year's merriment:

In case you haven't noticed, Richmond is a beard-friendly city — landing scores of locals the chance to serve background roles as civilians, soldiers and senators in the movie. What better time to join the Follicles of the James 'Stache & Beard League (Beardleague.org). Its No-Shave November offers specials at local restaurants for the facially hair unchallenged. And you can get a jump on growing something special for the first-ever Mid-Atlantic Beard & 'Stache Competition, to be held March 3 at Strange Matter, to benefit the Central Virginia Food Bank. Registration is open this week. Ladies, you won't be left behind. Search Facebook for the Bearded Beauties of the River City: RVA's Whiskerinas, which describes itself as "a cool group of girls who enjoy creating fabulous fake beards and 'staches and then entering them in to contests around the world." Plus, what would Santa be without the beard? Just an old fat guy in a red suit.

Why? The production is coming to the Empire Theatre, playing Nov. 18 to Jan. 8. You'll sit in the same seats as extras in the Lincoln movie, some of whom tell us of their long day in what played Grover's Theater, watching Abraham Lincoln (Daniel Day-Lewis) and Mary Todd Lincoln (Sally Field) watch "Foust" in one scene, and in another, see a young Tad Lincoln receive the news of his father's death.

No, we're not suggesting you bum rush Joseph Gordon-Levitt for a snip of hair, and then put that hair into a locket, and then buy a plane ticket to L.A. and wear that locket while you casually stroll around his home with a pair of binoculars. Wait, where were we? Oh yes, the Lincoln Bobblehead Doll, by Royal Bobbles, available for $21.50 at the State Capitol gift shop. As a bonus, wander upstairs into the House of Delegates chamber, which plays U.S. Congress in the movie, where the war is debated and the 13th Amendment passes.

Maybe you haven't spotted one of the many, many Lincoln movie stars around town — dining out, or at the Folk Festival (Bruce McGill), in Libby Hill Park (Day-Lewis) or enjoying Belle Isle (James Spader). But why not take a pre-Thanksgiving stroll along Monument Avenue, where Lincoln is likely to be seen alongside Confederate icons Jefferson Davis and Gen. Robert E. Lee? Sometime between Nov. 17-20, blocks in the Fan will go all Hollywood — or at least no-parking — with the westbound side of Monument Avenue getting mulched over, reportedly from Meadow to Strawberry streets, standing in for Washington, D.C. One rumor going around from grumbling residents is that the crew will be taking the leaves off the trees, too — winterizing things, perhaps, for a scene down Pennsylvania Avenue before Lincoln was inaugurated on March 4, 1861.