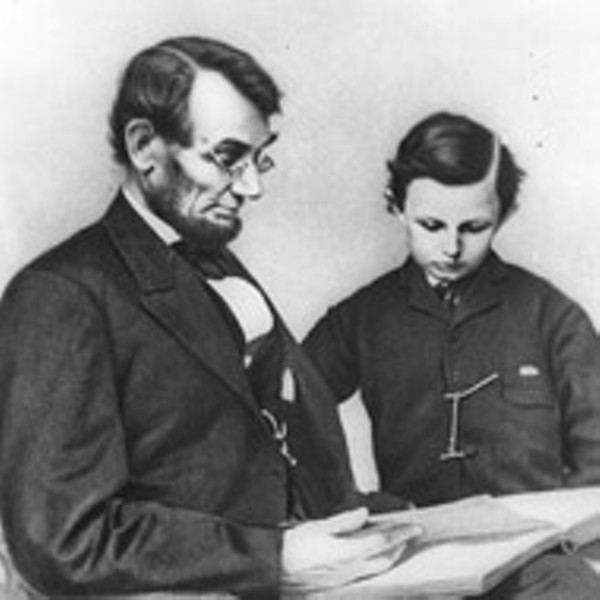 The symbolism is historic, organizers say: It means Virginia will become the first former-Confederate state with a statue honoring the Union president.

The sculpture, scheduled to be unveiled April 5, will be installed on grounds at the Tredegar Iron Works, next to the visitors' center run by the National Park Service, which leases the land from Ethyl Corp.

The unveiling commemorates Lincoln's trip to Richmond with his son in April 1865. The Civil War had just ended. Tad's birthday was on the fourth and they celebrated it here. (Read more about Lincoln's visit on page 14.)

The U.S. Historical Society, a Richmond-based nonprofit unrelated to the federal government, is organizing and paying for the project. It has commissioned New York artist David Frech to design the sculpture.

Bob Kline, chairman of the historical society, calls the statue "a symbol of reconciliation."

The life-size statue will depict Lincoln and his son Tad, his fourth and youngest child, sitting on a bench. Lincoln's right arm rests on his son's shoulder and Tad looks up at his father. The two appear to be conversing in a gentle and relaxed pose.

A stone walkway will accompany the statue and there will be a stone backdrop on which the words "to bind up the nation's wounds" will be inscribed.

The subject of a Lincoln sculpture in Richmond has come up before. Nearly two years ago, Edward C. Smith, director of the American studies program at American University and a noted Civil War scholar, made the suggestion in a speech he gave on "Confederate Heritage Day" at Pamplin Historical Park in Dinwiddie County.

"At some point in time, and it still may be too soon, a sculptured statue of Lincoln should be erected in Richmond," he told the crowd, as reported by the Richmond Times-Dispatch. "If that should ever happen, the war would finally be over."

Smith did not return calls by presstime for this story.

Meantime, Kline and his society are bracing themselves for the national attention the project is likely to bring. They hired New York public-relations guru Elaine Mancini to map out a media plan and consult on what type of events should accompany the statue's unveiling.

The U. S. Historical Society sponsors commemorative projects and issues historically themed memorabilia. It plans to sell miniature versions of the sculpture.