"Lincoln" Movie Antiques Up For Auction 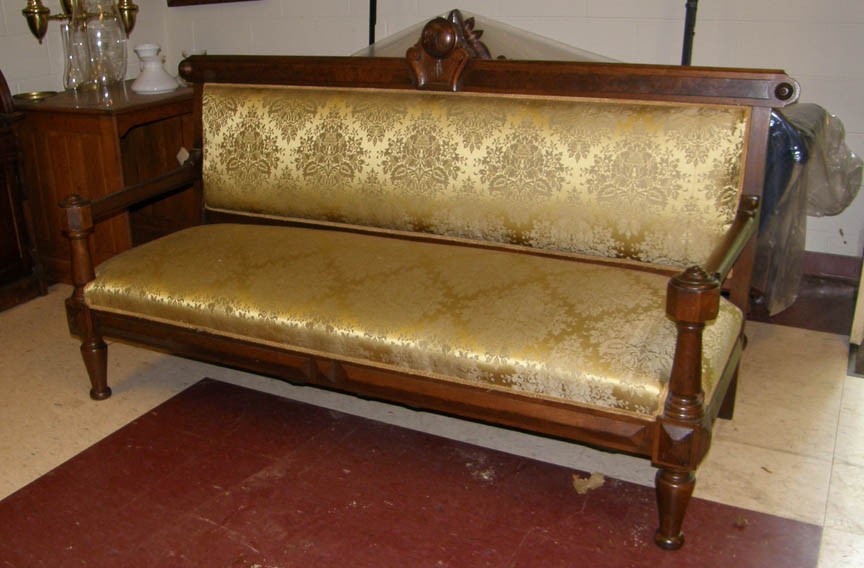 So maybe the real Abraham Lincoln didn't kick back on these sofas. But the actor playing him, Daniel Day-Lewis, just might have — for an Oval Office scene during the filming of Steven Spielberg's "Lincoln" movie in the fall.

"The sofas were a little out of period," says Jay Gates, co-owner of Gates Antiques in Midlothian. But they were the oldest the set designers could find, he says. And that's how his Victorian pair, made of solid walnut and fully restored, landed a role.

The movie memorabilia can star in your living room for $8,900.

There's also a "magnificent Empire sideboard," lighting options and a pair of bookcases for sale, which set designers rented while in town.

Not everything was rented, Gates says: "They bought some stuff from me, and what they did with it afterwards I don't know."

Perhaps they landed at Alexander's Antiques, located near the Arboretum office park off Midlothian Turnpike. You may never know for certain, but we hear that Alexander's may have secured many of the pieces used on set, and that they may be up for bid during the weekly Thursday auctions during the next month. You'll have to look for your own clues, though; word is the sales agreements prohibit confirmation of the props' film résumés.

Gates has rented antiques to movies filming here before, such as "Major Payne," "The Jackal" and "Iron Jawed Angels." And "we probably did half the set for 'Sommersby,'" he says of the movie starring Richard Gere and Jodie Foster. But then he saw business slow down as movies set up in other states. He went from renting to between four and five films a year to zero during a period of six or seven years, he says: "Last year was the busiest year we've had in 10 years, and we did three."

Movie credentials don't hurt as a selling point for an antique, he says. "It's a really cool conversation piece, especially if it's a really big movie."

You can view the respective antique showrooms online at GatesAntiques.com and AlexandersAntiques.com.