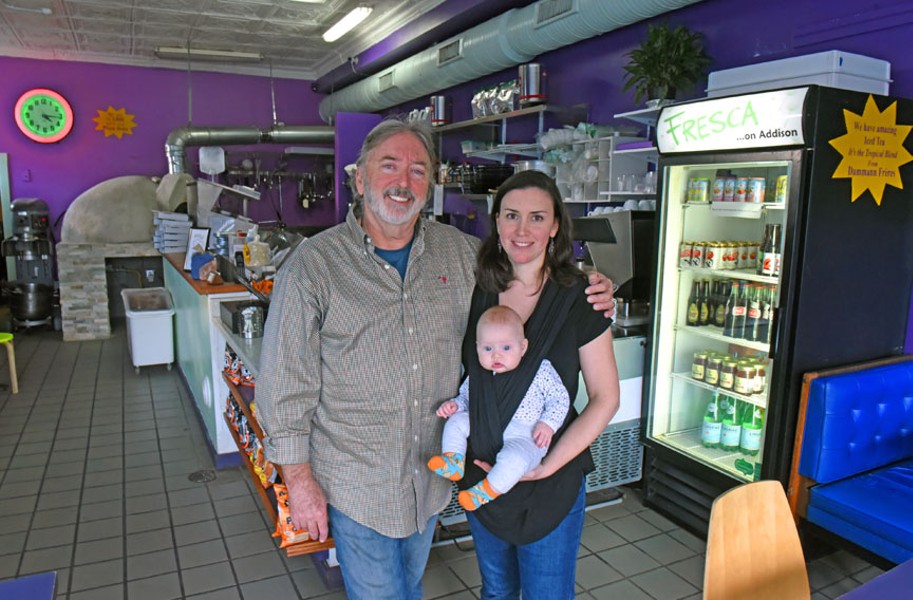 Healthy eating is an obsession for some people, a way of life for others and for the rest of us, a source of persistent guilt. What was once a trend is now embedded in the culture. And that's a pretty good thing.

Including more plant-based foods in our daily diet is an exhortation we hear from every doctor and researcher. Vegetarianism — and particularly veganism — has hard science behind its salutary effects. Chefs are looking at vegetables in a new way, and even Washington Post food editor Joe Yonan confessed that he'd become a vegetarian a couple of years ago.

Jenna Sneed and her father, Jimmy, the lauded chef and co-owner of the Frog & Redneck, among other restaurants, want that kind of thinking to have more of an impact on the Richmond dining scene. The two opened Fresca, a vegan spot at Cary and Addison streets, seven years ago. It made Well & Good's list as the best spot in Virginia for vegans and vegetarians recently.

"I predict an explosion of vegetarian restaurants in Richmond," Jimmy Sneed says. "I don't understand why we don't have 15 of them already."

Jenna has been vegan since she was 9 years old. She remembers exactly when she made the decision. The family was living in Urbanna at the time. "[My father] grabbed a sea urchin out of the water — just pulled it out of the water and ate it," she says. "My brother is not vegan — it didn't affect him — but it affected me." The deal was sealed after a trip to the old Fuddruckers on West Broad Street and the sight of the sides of beef that it had hanging in its window.

Jimmy was a later convert — and he characterizes himself and his wife as pescatarians. He had a mild heart attack a few years ago, and that inspired him to focus more on plants when cooking. Fresca and daughter Jenna were strong influences as well.

When I asked the two about the culture-wide move to healthier food, Jimmy cites three documentary films: "Forks Over Knives," "Cowspiracy" and "What the Health?" They've come on the heels of "Super Size Me" and "Food Inc." and describe how industrial food has affected our health, the way we treat animals and the way in which what we eat affects the planet. Even those who haven't seen the films have seen their effect in grocery stores and restaurants — more diversity in produce sections, dedicated aisles for organic food, words such as "grass-fed," "free-roaming" and "pastured," plus little v's on menus to indicate vegan and vegetarian options.

When I mention that perhaps all this is a rejection of the past decade's comfort food trend, Jimmy tells me that he's seen comfort food come in cycles — people will always have a hankering for the heavy familiar food of the past. He does think that the emphasis on farm-to-table cooking — before it became a way of menu branding — came over from Europe in the late 1970s and early 1980s.

At the time, he was working for Gunther Seeger at the Michelin-rated Ritz-Carlton Buckhead in Atlanta. Seeger was shocked at the produce that was available to him in the United States. He pulled a giant carrot out of a bag from a supplier. "Gunther cut it open, smelled it and said, 'That's not carrot. That's shit,'" Jimmy says. Seeger sent the carrots back to the supplier. "And that's when farmers started growing [better produce]."

There were a few more steps in between, but jumping ahead a little, during the last 10 years, there's been an explosion of small specialty farms and farmers markets across the country. The Sneeds say that at Fresca, the clientele is diverse — people trek there from the counties, recently converted middle-schoolers drag their parents in, and the health-conscious and those suffering from health issues are drawn to the spot. Jimmy thinks the last are a big factor in the trend: As the baby-boom generation ages, suddenly people are confronted with a host of ailments and nutrition plays an important part, both in helping to get better and in avoiding problems.

He tells me about a new concept out there in the dining world: "It intrigues me to death," he says. "Your entrees are all vegetarian and your side dishes are meat." Whole grains and savory vegetables take center stage throughout the menu, and small portions of meat can be added on for an extra cost. Jenna is more focused on her restaurant. "We can make anything vegan — and make it taste good," she says. "We even have vegan deviled eggs here — with no eggs."

Ultimately, both Sneeds agree: In order for the food system to change, the vote will be decided with dollars.