The story of how Virginia officially abolished the death penalty. 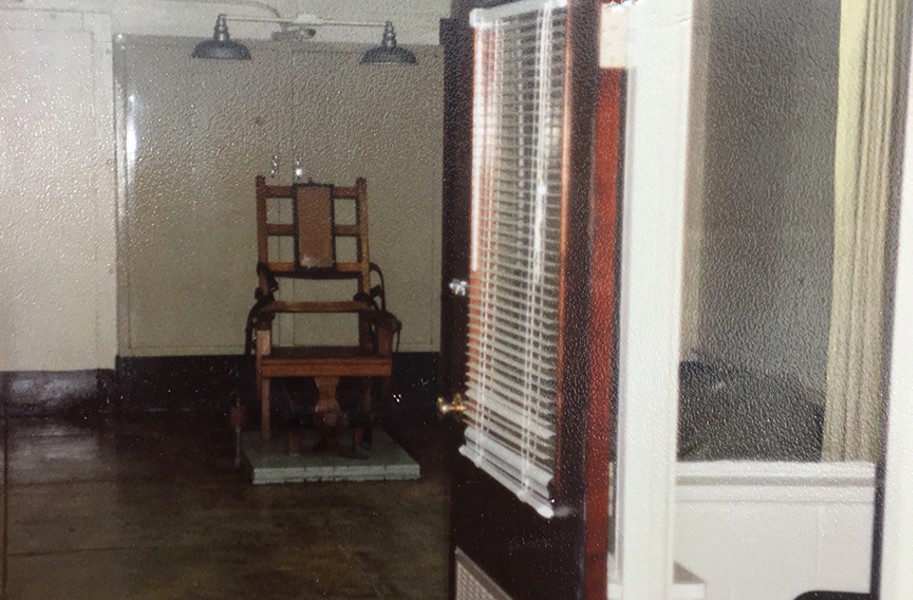 One of the more persistent rumors surrounding the former Virginia State Penitentiary, which stood for 191 years at the corner of Belvidere and Spring streets, is that the streetlights dimmed or even briefly flickered off during an electric-chair execution.

This was, of course, impossible. The electric chair had its own dedicated 2,500-volt circuit and activation did not affect any other electrical functionality either inside the facility or outside the walls. “We lived in Oregon Hill from 1980 to 1996,” reports Tom Elliott, an electrician now living in Waynesboro. “I did not notice any lights dimming, street or otherwise.”

The rumor may have endured due to the self-imposed mystery surrounding executions. Perhaps witnesses who gathered outside “the wall” needed a sign from above, a visible manifestation of the awful, secretive event occurring in the bowels of A Building. Perhaps they were unable or unwilling to find solace just in a post-execution announcement.

This month, however, with a stroke of Gov. Ralph Northam’s pen, this dark and shadowy practice will come to a long-anticipated end.

The death penalty has been Virginia’s longest continuing tradition dating back to 1608, when George Kendall was shot for treason. Since then, Virginia executed 1,390 people. That is more killings than any other state, including Texas.

During the Jim Crow era, Virginia used hangings, then the electric chair, as legal lynching. Mostly young, Black males were frequently convicted in minutes-long trials then rushed into execution, sometimes with no legal counsel, and for such non-homicide crimes as highway robbery, attempted assault, or even scaring a white schoolgirl.

The Oct. 12, 1984 electrocution of notorious murderer Linwood Briley proved that toxic Jim Crow racism still lingered almost a century later. While a small group of volunteers gathered in a candlelight vigil on the east side of Belvidere Street, praying for the sanctity of human life, a much larger group of drunken, pro-death yahoos gathered across Belvidere shouting racial epithets and waving homemade signs declaring such racist invectives as “kill the negro,” “fry Briley fry,” and far worse.

In a swipe to the praying group across the road, one man’s sign read “Those against the death penalty hold Linwood’s hand when they throw the switch.” 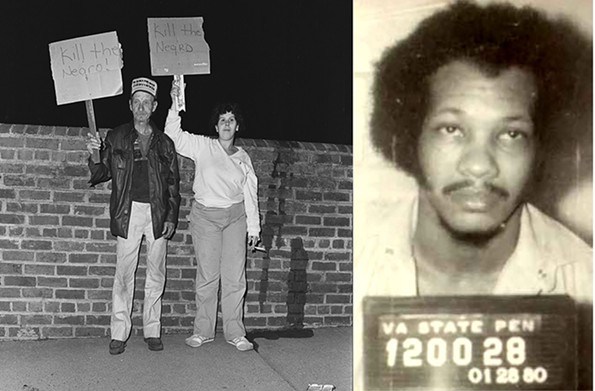 The future Virginians for Alternatives to the Death Penalty executive director, Michael Stone, recalls the visceral impact of that event. “Seeing the raw racism expressed by the large crowd cheering the death of a Black man had profound impact on me and motivated my long opposition to capital punishment.”

Another vigil attendee, Nancy Gowen, whose mother, Mary Gowen, had been raped and murdered by the Briley gang, expressed an unusual sentiment to a United Press International reporter. “I think it’s something wrong with our system,” she articulated as she eyed the raucous celebrants across the road.

“I don’t think to murder someone for a murder committed is the answer.” 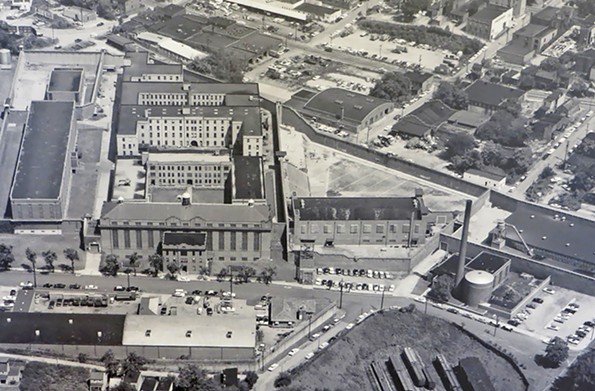 In the fall of 1991, a group of about 10 people, echoing Nancy Gowan’s words, assembled at the request of a tough-as-nails abolitionist and death row counselor named Marie Deans to discuss formal opposition to Virginia’s death penalty. Deans moved to Virginia from South Carolina eight years earlier to form the Virginia Coalition on Jails and Prisons, in part to improve conditions in the state’s prisons and especially on death row. 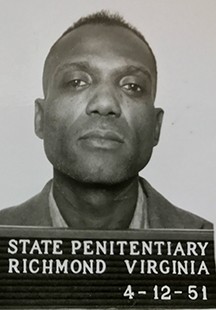 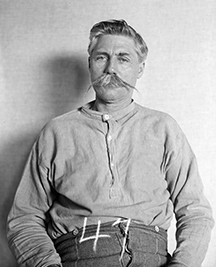 Deans pointed out that a then-recent Virginia Tech poll showed that while support for the death penalty was extremely high, topping out at 75%, it decreased significantly when given the choice of life imprisonment with no possibility of parole, combined with some form of restitution to murder victims’ families.

“A part of that group … felt that the information was enough to do something with,” says Henry Heller, the first director of that group named Virginians Against State Killing. The organization was soon renamed Virginians Against the Death Penalty, then later became Virginians for Alternatives to the Death Penalty. “We decided to change the name from being against to for something,” Heller explains. 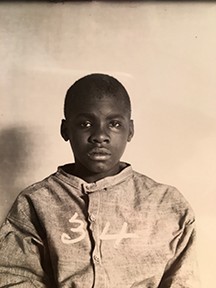 The 1990s was a frustrating decade for abolitionists. Support for the death penalty continued at an all-time high and Virginia was sentencing five to 10 people to death and executing up to 14 people each year.

Prosecutors seemed consumed with killing and sometimes went to extreme lengths to assure a death sentence. While arguing for the death penalty for Wilbert Lee Evans for the 1981 murder of Sheriff’s Deputy William Truesdale, Alexandria Commonwealth’s Attorney John Kloch presented records allegedly proving Evans had seven prior convictions, including assaulting a police officer. Based on this evidence of “future dangerousness,” the jury recommended death. Kloch later admitted that he knew at the time that at least two of the convictions were false. 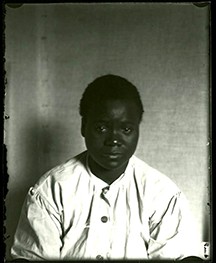 A judge unbelievably ruled that there was no willful misconduct but still ordered a new sentencing hearing in February 1984. The jury again sentenced Evans to death. Gov. L. Douglas Wilder refused to commute the sentence.

Evans’ eyes blew from his skull during his botched Oct. 17, 1990, electrocution and blood poured from under his mask. He reportedly still moaned after a full, 55-second jolt. 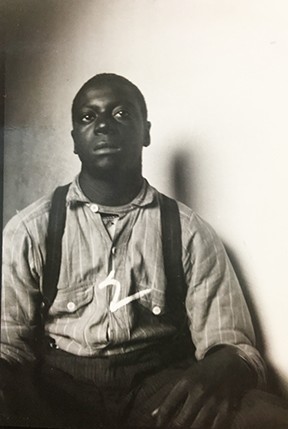 While polling showed support for the death penalty had stalled around 75%, support for an alternative kept increasing. “I’d get up in front of those [legislative] committees and wave these findings at them,” Heller recalls. “But in those days, there were just a few that were interested. But as the years went on, more and more were becoming more interested.” 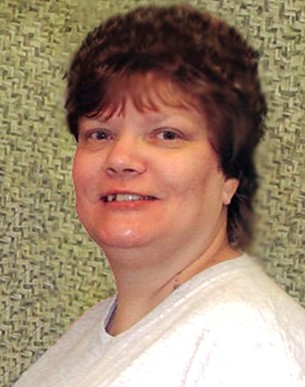 “Their trials were held consecutively in the fall of 2003 in Virginia Beach and Chesapeake, respectively,” he recalls. “I would maintain a daily vigil in front of each courthouse during the trials while living Monday [through] Friday at the Norfolk Catholic Worker.”

John Allen Muhammad received a death sentence and his young accomplice, Lee Boyd Malvo, received life without parole on Dec. 23, 2003. Death penalty support jumped from 68 to 77% after the Beltway carnage. 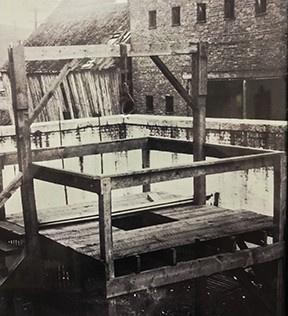 Execution vigils were frequently profound experiences. Longtime advocate Debbie Simpson remembers standing outside Greensville Correctional Center in Greensville County – where all executions have occurred since 1992 – on a cold January night in 2000. She was waiting for the van carrying the lifeless body of Steve Roach, executed for a murder he committed as a juvenile. As attendees lined up at the roadside with lit candles, Roach’s young, newly widowed wife stepped in beside her.

“I didn’t know what to say,” Simpson recalls. “I’d never been in a situation like this before. … I only had words of sorrow and a need to say that we didn’t do enough. I was so very sorry.”

In a 2005 case, Roper v. Simons, the U. S. Supreme Court ruled that the execution of those under the age of 18 at the time of their crimes was cruel and unusual punishment. Too late for Steve Roach and hundreds of others like him.

In 2002, death sentences started plummeting after the General Assembly’s creation of the Virginia Indigent Defense Commission. Those accused of capital crimes now had highly qualified, full-time capital defenders and no longer had to contend with sometimes inadequate court-appointed lawyers.

Payden-Travers also in 2006 spent time with Earl Washington Jr., Virginia’s only death row exonerate. Washington had been sentenced to death on a wrongful conviction and was days away from execution when DNA evidence fully exonerated him. “I provided support for the legal team that worked on Earl’s civil trial in Charlottesville,” Payden-Travers recollects. 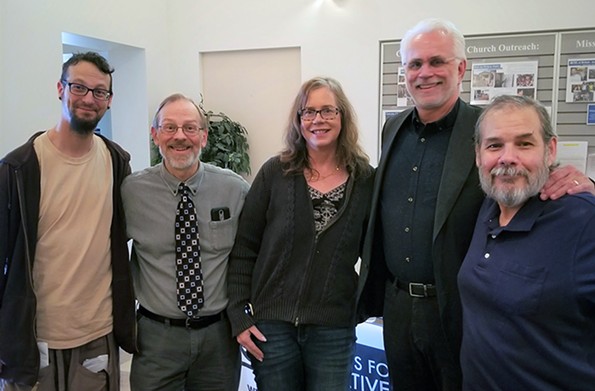 Washington’s near execution is extensively chronicled by Margaret Edds in her 2006 book “An Expendable Man.”

“The abolition movement and the work of VADP specifically brought together some of the most caring, passionate and dedicated people I have ever met,” says Beth Panilaitis, who served as executive director from 2008 to 2010 and as a board member from 2011 to 2016. “These were people who came to abolition from different places – faith, racial justice, connections with those on death row – [and] were willing to make sacrifices to help others.”

She adds that these advocates met with their legislators, held vigils and organized gatherings to speak about the death penalty.

“That is how the organization survived with little funding and a good deal of opposition: the optimism and faith of those volunteers and activists.” she says.

Michael Stone brought memories of the Briley execution, his experience with the National Coalition to Abolish the Death Penalty, and a desire to “broaden support for abolition across the political spectrum” when he took over as executive director in 2015. The most pressing issues at that time were stopping legislation that expanded the number of crimes eligible for capital sentences, the execution of the mentally ill and opposing the secrecy laws around lethal injection, which shielded pharmacies that compounded the three-drug cocktail.

So, why now, are we seeing the death penalty abolished? According to Stone, death penalty abolition came in 2021 because of a convergence of numerous factors. The killing of George Floyd and the subsequent Black Lives Matter movement shined a spotlight on racial inequities in the criminal justice system. Gov. Ralph Northam’s support of abolition during his State of the Commonwealth address was also a welcome surprise.

State Sen. Scott Surovell, a Democrat who represents parts of Fairfax, Prince William and Stafford counties, was the chief patron for the bill in the Senate and Del. Mike Mullen, D-Newport News, was the House patron.

“I was stunned, saddened and uplifted when news reached me that our legislature finally voted to end use of the death penalty,” says Joe Giarratano, a former death row inmate-turned-paralegal. “Then I chuckled. I could hear Marie [Dean]’s voice in my head, ‘Get back to work, all of you, the job is not done. States continue to kill in our names to show that killing is wrong.’”

Stone echoes this sentiment that the national fight must go on.

“I look forward to Governor Northam signing this bill into law that will make Virginia the first Southern state to abandon the death penalty,” Stone concludes. “We hope that Virginia will set an example for other states from the old Confederacy to take this bold step toward the humane reform of our legal justice system.” 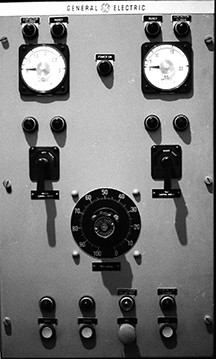 Freelance contributor Dale Brumfield has been field director for Virginians for Alternatives to the Death Penalty since 2017.