Chesterfield officials insist the county is protected after SportsQuest’s foreclosure. But what happened to the original promise? 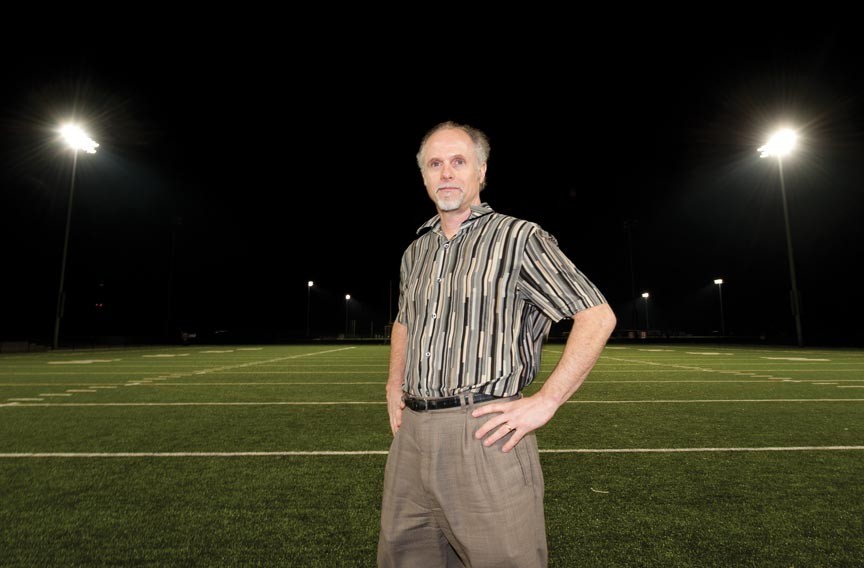 If Chesterfield County leaders were blinded by the promise of SportsQuest — the original $250 million, 500-job, Olympic-caliber sports complex that was the vision of founder Steve Burton — the lights came on early this year.

Or, rather, they were almost shut off.

Will bills mounting and mechanics liens piling up, Burton asked the county for help in January. He was behind in payments to Dominion Virginia Power, according to documents obtained by Style Weekly through the Freedom of Information Act. The January bill, with charges of $1,306 for the month of December, showed SportsQuest was behind in its payments by $16,020.

The county was paying its portion of the bill to SportsQuest for using the nine fields at the complex. From February 2011 to February 2012, the total came to $28,047.16. But Chesterfield decided to skip the middleman and pay Dominion directly. It had to: Dominion threatened to begin collections proceedings.

"We were concerned that they would turn the power off," says Mike Golden, the county's director of parks and recreation.

The concerns were well grounded. Last week, Shaw Industries, the company that manufactured the high-performance turf that made SportsQuest a destination, bought the struggling complex, located in western Chesterfield County off Genito Road, during a foreclosure auction for $4.3 million. The sale represents a new chapter for SportsQuest after months of high-profile legal struggles — including Attorney General Ken Cuccinelli's lawsuit against the company — which led to Burton being ousted as chief executive in late March.

After the sale, county leaders were quick to issue reassurances that Chesterfield's investment in SportsQuest was protected. Officials agreed to jump-start Burton's dream in May 2010 by agreeing to pay $4.3 million up front to use the fields for 20 years, $2.3 million to lease the fields with another $2 million in an economic development grant.

Despite criticism that the county was pulling funds away from other recreational projects, the Board of Supervisors approved. Its chairman, Dan Gecker, insisted that it was short-sighted to view the deal as simply about leasing fields. It was about economic development and sports tourism, he said.

After the deal was finalized in July 2010, the county sent out a news release praising the project. "This is an exciting day for the region and the commonwealth, and a great day for the citizens and taxpayers of Chesterfield County," Gecker said in the statement, noting that the project would add more than $6 million annually in local tax revenue and create "hundreds of jobs."

Those revenues and jobs didn't materialize. The details are being worked out with Shaw, the new owner, and Golden says it's unclear how the project will proceed. The $2 million grant from the county, for example, was contingent upon SportsQuest building a senior center on the 250-acre property, along with a gymnasium. It also requires the company to invest $80 million and create 400 jobs by September 2013..

Will Shaw honor all of those commitments? "All those issues need to be defined and cleared up," Golden says. "Those things are on the list."

The county will continue to use the fields. But what about the dream, the promised tax revenue and the county's tacit endorsement of the project's financial viability? When Burton was pressing for a quick commitment from Chesterfield in the spring of 2010, county economic development officials insisted that he had the financial wherewithal to make it go — a whopping $250 million investment that would create 500 jobs. "Burton has shared with us his sources of funds, as well as the expenses for the project," Garrett Hart, development manager of new business for the county, told the Board of Supervisors at the time. "He showed us his methods of financing, and his private investors. Those sheets balance."

And two years later, all that's there are 11 fields, two of them without parking or lights, and the property was sold at a foreclosure auction. County Supervisor James Holland, an early critic of the project, says he'll press for a "post audit," to ensure that the county learns from its mistake.

"Obviously, their financials were not very strong," says Holland, who's also an accountant. In 2010, he pressed his fellow board members to take some time to review the company's finances before making a multimillion-dollar investment. Then-supervisor Marleen Durfee agreed, but she and Holland were in the minority.