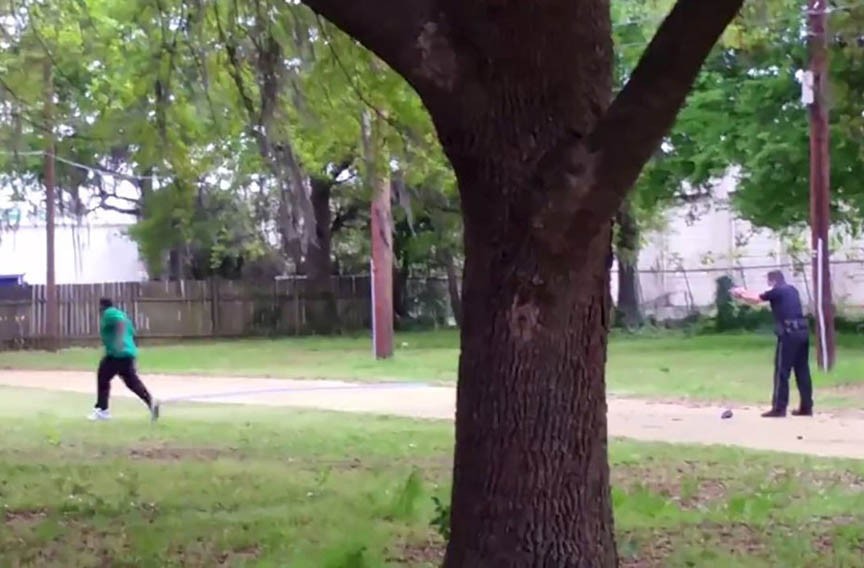 The Richmond Police Training Academy is located on the campus of Virginia Union University, making it the only historically black college to house a police academy. Perhaps not coincidentally, criminal justice is among the most popular majors on campus, with classes taught in the academy building.

So when three police officers, one state trooper, one district court judge, Richmond’s commonwealth’s attorney, and a professor of criminal justice appear on a know-your-rights panel moderated by the campus police chief -- you can bet students have questions about how they see things versus how the police might.

Nearly all who attend are black and so is everyone on the panel. It makes for a conversation that is, at times, wrenching. Ferguson remains at the tip of the tongue. The Black Lives Matter movement has spread from its epicenters in Missouri and New York to Richmond. When campus police chief Carlton Edwards asks students in the audience how many believe they’ve been racially profiled by police, nearly every hand goes up.

Halfway through the discussion Tuesday night, a young man stands and says his CNN app has alerted him that a white police officer in South Carolina has been charged with murder after a video showed him fatally shooting a fleeing black man in the back.

I don’t understand, the young man says, his voice so low he’s hard to hear. “How do you all make a judgment to use deadly force?”

“These judgments are made in a split second,” Richmond Deputy Police Chief Eric English answers. He has children about the same age as these students and has answered these same questions for them, he says later. “Basically, the use of deadly force is used to protect my life or the life of the public.”

He emphasizes that drawing a weapon and shooting a suspect is the last stop on a continuum of force. Virginia State Police Maj. Len Terry echoes the point.

“Our officers do not fire warning shots,” Terry says. “We do not shoot to injure people. When our troopers pull their weapon and fire a shot at someone, they better be able to articulate to us that they were doing so to take that person’s life because their own life was in danger or somebody else’s life was in danger.”

The students want to know if they can take video of police officers who stop them if they have their phones out. Yes, they can.

And what should they do if the officer won’t let them reach into their pocket for a phone? That’s a tougher question, says Richmond Commonwealth’s Attorney Michael Herring. What that officer sees is a hand disappearing into a fold of clothing and coming out with something dark, he says.

“How do you balance the exercise of your constitutional right to record with his job to maintain an orderly scene?” Herring asks students. “Where should the line be drawn between your ability to exercise your rights and [police officers’] ability to maintain a safe city?” He offers no answer.

The discussion was organized by 7 the Women’s Council, a campus organization seeking to empower women. The next day, its president, Maya Jordan, says she and other students gained a new understanding of how police might see things. But she can’t shake from her mind a question from a young man who asked when self-defense against excessive police force was OK.

The question raised eyebrows among the panelists, who warned that the cost of resisting arrest may be his life. Report it afterward, they said. The complaint will be taken seriously.

The answer doesn’t sit well with Jordan, a history and political science major who intends to become a lawyer. What if the young man ends up dead at the hands of the officers, she asks. “What if there is no after?”

It makes her think of the South Carolina shooting and the video and what would have happened to the officer if no one had recorded him shooting motorist Walter Scott in the back. Jordan doesn’t want to watch the video because “watching something like that affects your humanity,” she says.

But she finds that she can’t avoid it. And no matter the assurances of law enforcement on the panel that drawing a weapon on a suspect and pulling the trigger is a last resort, she says nothing undoes the image of “someone who was supposed to protect you, committing a murder,” and it leaves her shaken and full of doubt.