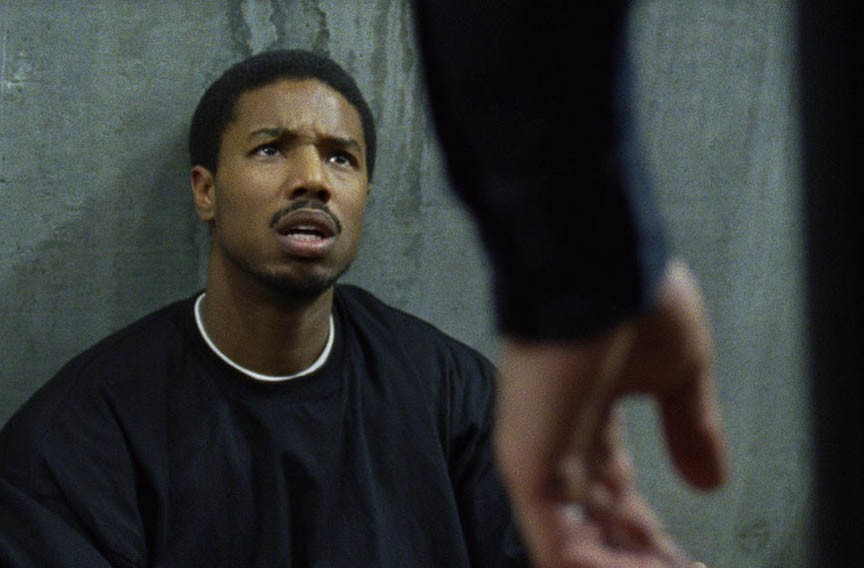 "Fruitvale Station" is partly the re-creation of a real tragedy, the killing of Oscar Grant III, an unarmed 22-year-old gunned down by a police officer in Oakland, Calif., on New Year's Eve 2009, while he was restrained. But a substantial portion of the film, by debut writer and director Ryan Coogler, also is about the young man's life leading up to his death, making that experience all the more jarring.

Grant is played by Michael B. Jordan, an up-and-coming actor well known to fans of "Friday Night Lights" as quarterback Vince Howard. Because the film is as much about Oscar's life as his death, Coogler draws a realistic character out of his actor, a real, multidimensional person, someone vulnerable and determined, tender and fierce. It is a moving and convincing performance.

The movie begins with Oscar and his girlfriend, Sophina (Melonie Diaz), in a familiar-feeling domestic argument over a possible infidelity. Oscar insists he's moving on, that all he's thinking about going forward is Sophina and their young daughter. He wants to be a good father.

What takes place during the next 24 hours is a series of setbacks and heartbreaks. In the midst of pulling together a birthday party for his mother (Octavia Spencer), Oscar tries and fails to get his job back at a grocery store. He contemplates dealing drugs again, but the recollection of a recent stint in prison pulls him up short. If his outer life is complex, like most people's, his inner life is a tempest, fraught with anxiety. Somehow Oscar manages to pick up the supplies for his mother's birthday party and put on a good face for the impending new year, but he's beside himself with worry about the future.

After his mother's birthday party, Oscar and Sophina plan to meet up with friends in the city to see the fireworks during New Year's Eve celebrations. Oscar's mother talks him into taking the Bay Area Rapid Transit, a precaution to keep him and Sophina safe. But coming home on the train, he runs into a former adversary from prison. There's a scuffle. Police arrive and wildly overreact in what seems like routine police arrogance and brutality.

What makes the film special is the way Coogler resists the temptation to make his film completely about the tragedy that unfolds on the train platform. The event is reconstructed in riveting, realistic detail. The aftermath is heartbreaking. It may teeter into melodrama and even agitprop, and you wish a little more time was available to examine arguments that the offending officer — who eventually goes to prison — might simply have made a terrible, extremely stupid mistake. But that would be a different kind of film. Coogler's version isn't an examination of a crime as much as an examination of a life.

As portrayed in "Fruitvale Station," Oscar is part of a silent majority of American citizens who live precariously paycheck to paycheck, and often from unemployment to unemployment, always under the cloud of their social status. Coogler doesn't rob that existence by simplifying it. He renders Oscar as a regular guy, who, like most people, has a conflicting personality that's at once unique and recognizable. He seems to love his girlfriend, but also notices other attractive women. He would like to find honest employment, but is fully aware that illegal activities would bring in more money faster.

The bigger picture is left to the audience to piece together. "Fruitvale Station" isn't a complete film, but it's an unvarnished one. The movie doesn't tell us why Oscar went to prison, for example, but it does tell us he knows what a struggle it will be to keep from going back. Oscar's life is at stake throughout the film, not just in the finale.

Remarkably, humor, hope and humanity peek through the dim disquiet of this one day in Oscar's life we get to witness. The time taken to show Oscar going through his routine not only provides a contrast to the sudden chaos that invades it, but also makes Oscar a real person. We get to know what kind of father he is, what kind of son and what kind of man. And it hurts all the more to witness all three taken in one avoidable instant. (R) 90 min. S