A roundup of cocktails we can’t live without.

As writers who cover the food and drink scene, we're all for trying new things — variety is the spice of life, nothing ventured nothing gained, yadda yadda.

In a city like Richmond, it's almost criminal to not take advantage of the ever-changing parade of cocktail menus created by bartenders who genuinely cherish their craft. But sometimes you come across a drink that you simply have to order every time.

You might assume that asking a bunch of food and drink writers to narrow down their favorite local cocktail is a bit like asking a parent to name a favorite child, but the impassioned answers rolled in without hesitation. Here's what we're enthusiastically drinking these days:

Sometimes when you can't live without something, it's hard to remember what made you fall deeply in love with it in the first place. Such is the case with Laura Lee's Tiger's Eye. I love bourbon, but that has little to do with why I'm a smitten kitten when it comes to this libation. For me, it's all about the intoxicating balance of sweet and sour in this beauty. You get some glorious tartness up front thanks to lime juice and a ton of Angostura bitters, but the finish is smooth and semi-sweet thanks to some simple syrup chilling in the background with Four Roses. And as a bonus, it's not served in a floofy stem glass — all hail the whiskey glass and massive cube. To each their own, but I'm prone to spillage … especially after a few of these. Yes, you are going to drink more than one because the Tiger goes down way too easy. Rawwr, indeed. — Hilary Langford 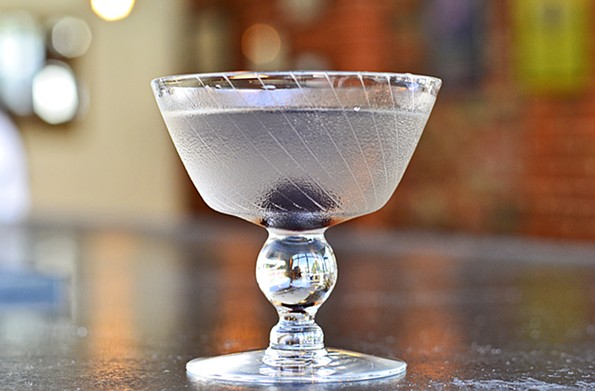 When it comes to drinks, I like them strong and simple. I want to taste the liquor, with mixer ingredients that enhance the spirit's flavor instead of fighting or masking it. Forget the garish Tiki party drinks, the bland vodka spritzer thingies and the precious fat-washed, absinthe-rinsed complications with homemade shiso bitters.

So let's talk gin, the queen of spirits. Its ethereal clarity belies the wide range of herbal and floral notes that distillers combine with the required juniper. London dry gins are piney, medicinal and refreshing. American gins are endlessly intriguing and sometimes needlessly complex. I'm always on the lookout for a new gin opportunity.

Enter the Aviation cocktail. It's having a moment, this gorgeous purple-tinged blend of gin, lemon, maraschino and creme de violette. The drink is beautiful, simple and sophisticated, and the Aviation-inspired Cessna Bucket Seat at Rogue is my current go-to drink. You might think the addition of sake and coco liqueur would be a pretentious flavor distraction, but the sake cuts nicely through the honey-infused Barr Hill gin. The surprising hint of coconut lingers on the tongue, married to the violette.

The Cessna Bucket Seat arrives straight up, no garnish, in an Instagram-friendly engraved coupe glass. People stare, and I always feel a little like a princess when I order it. Purple is, after all, a royal color. —Phaedra Hise

Forget Kentucky. John Dabney's history with the mint julep is one Richmonders should know and remember. The Jasper's Hailstorm Julep packs a perfect blend of bitter and sweet, artfully mixing apple brandy, rum, port and mint into a libation you'll savor from the moment you first touch the pewter cup's thin coating of ice to your last sip.

It's a drink with a good story, too. Both Dabney and Jasper Crouch, who inspired the Jasper's name, lived enslaved in Richmond even as they were known citywide for their delicious food and drink. Long before the city's modern craft cocktail craze, John Dabney was mixing masterpieces, including the Hailstorm, with his personal touch of berries and sculpted ice. Dabney used tips saved from the Hailstorms he crafted to purchase the freedom of his wife and infant son when they were threatened to be sold away. A recent short documentary produced by Richmond-based Field Studio sheds new light on Dabney's life and work as a businessman, chef, bartender and civic leader. It's well worth a peek before you head over to drink. While the Jasper's Hailstorm differs slightly from Dabney's original with no berries or fancy ice art, it is a downright spiritual experience. —Paul Brockwell Jr.

Tequila and I don't have a great track record. I still shudder at the memory of the $9 liters of Tortilla my college roommates and I used to throw back like water, and long gone are the days of polishing off a frozen "jumbo Texas" — one of those enormous, sickeningly sweet lime-green atrocities with an extra shot of Jose Cuervo poured on top —alongside endless baskets of chips.

But in recent years I've tentatively welcomed margaritas back into my life, and the one at Boka Tako Bar hits the spot without fail. Every time I order one I find myself questioning my memory of them, wondering if it holds up — it does. With no premade highlighter-colored mixers in sight, the house margarita is almost entirely clear and colorless. Freshly made agave limeade, Triple Sec and Rose's lime juice complement a generous pour of Two Fingers Silver tequila, and it achieves the perfect sweet-tart balance that so many margaritas lack. And this should go without saying, but take them up on the salted rim when they offer. — Laura Ingles 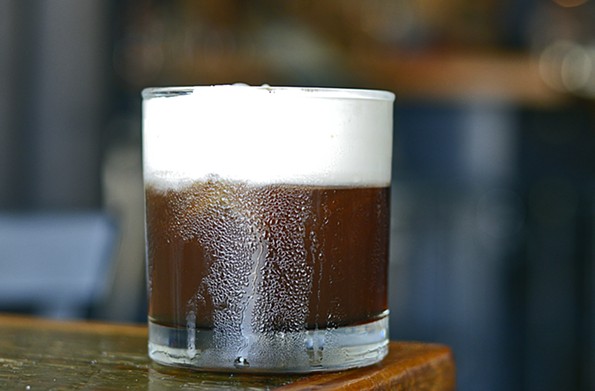 Always an advocate for drinking at breakfast, I firmly believe the best mimosas in Richmond — at the moment, at least — are at Toast New American Gastropub in the Village Shopping Center. The prosecco bubbles are always fresh from a tap and a splash of OJ is floated on top after the wine has been poured over loads of ice in a tumbler, producing the perfect ice-to-juice ratio.

Lately, however, Toast's seasonal list of creative brunch concoctions is giving me a reason to try something a little stronger. You really can't go wrong, but for me these days it's the Cat's Pajamas ($9). Serving as the cocktail's base is Belle Isle Cold Brew, the local craft moonshine infused with Blanchard's Coffee and Virginia honey to create a rich coffee-caramel taste. With a splash of St. Elizabeth Allspice — a Jamaican liquor with notes of nutmeg and cinnamon — along with actual cold brew coffee, the drink is topped off with a creamy vanilla foam and served on the rocks. It's a bold jolt of coffee that makes a Sunday morning blissfully boozy. —Nathalie Oates