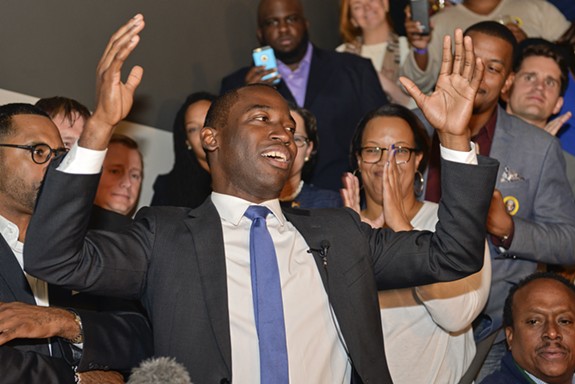 The race to become mayor of Richmond, full of swerves and crowded with candidates, ended Wednesday evening with the election of Levar Stoney, who at 35 is one of the youngest candidates to hold the office.

The Richmond registrar’s office finished its tally of some 9,000 absentee ballots around 7:45 p.m., making it safe to call five of the nine districts needed for Stoney to avoid a runoff between him and Jack Berry, the former executive director of Venture Richmond.

While waiting for the results, Stoney’s campaign scheduled a news conference in the lobby of City Hall. His victory, which also included winning the popular vote, was a surprise for anyone who made too many assumptions from the few public polls issued during the race.

“We’ve been patient for far too long.”⎯Levar Stoney tweet this

In those surveys, high percentages of undecided voters and small samples made for precarious predictions, showing former delegate Joe Morrissey in the lead. That standing, along with his legal and ethical baggage, made him the dominant story of the campaign in news media, among pundits and in editorials published beyond Richmond.

Last night, Morrissey acknowledged he wouldn’t win and congratulated the two frontrunners, Stoney and Berry, while their supporters waited for results.

“Is anybody with Jack tonight!” an emcee asked about 200 cheering Berry supporters before playing Michael Jackson’s “Wanna Be Startin’ Somethin’.”

They were gathered at the Robinson Theater in Church Hill, where the night dragged on. National election results were shown on a projection screen while frustrations built over a glitch in the city’s election-results website page. One area displayed partial results while incorrectly labeling precincts as being fully reported. 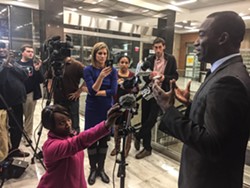 Berry, who resigned from Venture Richmond in March for the campaign, didn’t appear until after 10:30 p.m. He thanked the crowd and expressed hopes for a runoff.

Downtown, at the contemporary fusion restaurant Wong Gonzalez, Stoney supporters saw Berry on big screens above the bar and buzzed about whether a runoff would be needed at all.

Delegate Jennifer McClellan, waiting with campaign leaders on a riser of steps at the rear of the restaurant, said she spent the day at Dominion Place precinct.

Some Virginia Commonwealth University dorms are in the area, which became the biggest-voting precinct for Stoney. He won 65 percent of the votes there, 2,648, compared with Berry's 632 -- not including absentee ballots.

Besides Stoney’s appeal to millennials, McClellan said, “There’s still no substitute for that retail politics -- going door to door.”

By 11:30, a tight path was cleared for Stoney’s arrival from the restaurant’s kitchen. He embraced a supporter and took a spot on the steps to cheers.

He ticked off a list of priorities he’d address as mayor, including the poverty rate and improving basic services and city infrastructure.

“We’ve been patient for far too long,” Stoney said.

Jon Baliles, who dropped out of the mayoral race in the final week and campaigned with Stoney, found a spot at the front of the restaurant and received a chant of appreciation from the crowd.

With midnight about 20 minutes away, Stoney acknowledged that the race might not be wrapped up until a December runoff. “Bring your energy if necessary for the next six weeks,” he said.

But afterward, he deferred questions about what the next day would hold if there were a runoff, or how his strategy might change in a two-person race. He hadn’t given it any thought at all, he said: “Tonight is a night for celebration.”

In the thick of the crowd, lawyer and former City Council president Bill Pantele seemed ready for whatever would come next. 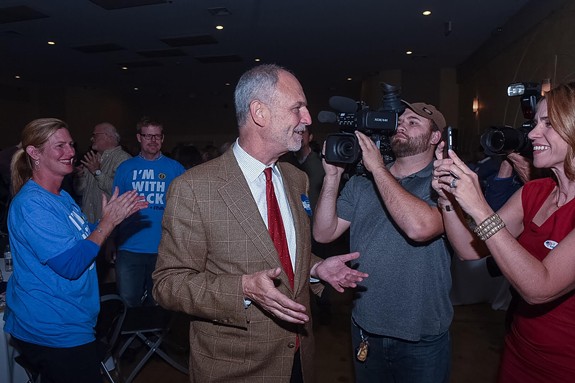