Levar Stoney, 34: Secretary of the Commonwealth of Virginia 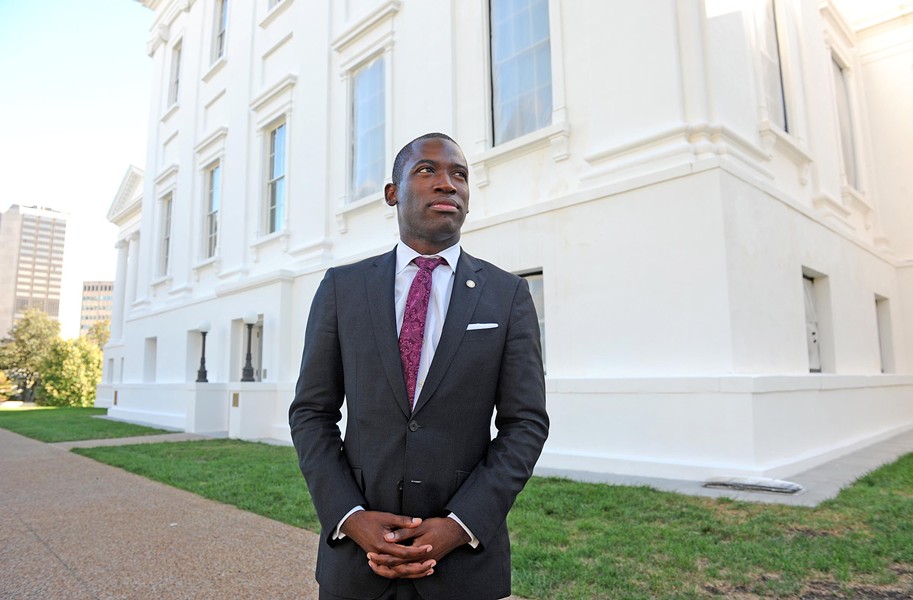 Since taking office, Gov. Terry McAuliffe has restored voting rights for more than 11,000 nonviolent felons who served their time, allowing them back to the ballot box.

But it’s Levar Stoney who helps put those rights back in place, working with a small staff of mostly part-time employees to approve each petition. The final results are grant orders signed by Stoney and the governor, which codify thousands of new starts.

As secretary of the commonwealth, Stoney’s name is on most every document the governor signs. Some of his duties include serving as ambassador to Virginia Indian tribes, registering notary publics and overseeing appointments to boards and commissions.

But it’s the restoration of rights that makes Stoney most proud. He urged his father, Luther Stoney, to pursue the restoration of his voting rights in New York, where he was convicted of a felony. Before he died in 2011 at 49, he voted in the 2008 election of Barack Obama. Father and son had much to share when Levar served as executive director of the Democratic Party of Virginia that year.

Stoney hopes to someday see the rights of nonviolent felons automatically restored, which means no petition to the governor. “Every single day they walk around with a scarlet letter on their chest,” he says, “trying to prove to others that they are worthy of the dignity that is owed to any individual.”

Stoney has managed a number of campaigns in Virginia and served as deputy campaign manager for McAuliffe. But the former student body president at James Madison University may become more than the man behind the scenes.

He’s considering a run for mayor of Richmond. “The race isn’t until November 2016,” he says. “I’m doing my best to help the governor this year.”