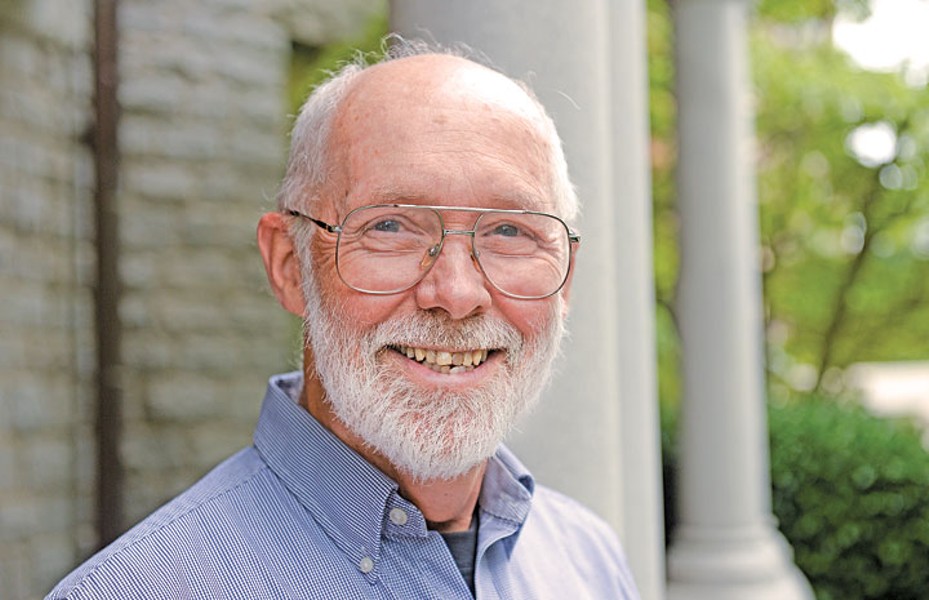 Putting a price tag on forgiveness may be impossible, but we now know it costs about $1 million to foster academic research on the subject.

Worthington has worked on forgiveness academically and as a couples counselor in private practice for nearly 40 years. He began advocating for it as a research topic at VCU in 1990, he says, when world events such as the fall of communism made it "seem like there was going to be a golden age of forgiveness."

Worthington says his research has helped him with his own system of learning to forgive — which he's employed to varying degrees of success.

"My mom was murdered back in 1996. I was able to forgive pretty quickly," he says. "Then, there was a teacher in graduate school who gave me a B. It was 10 years and a religious experience before I could forgive him, so go figure."

Worthington says forgiveness is worth the academic study. Besides the health benefits of letting anger go, he says, such institutions as Congress, the courts and jails spend lots of money operating without forgiveness as a central principle. Finding ways to get there through research might come sooner than politicians can bury the hatchet.
"If you accumulate all of the savings from these different systems in society," he says, "there's a huge public reason to promote forgiveness."

After running a campaign to direct money to forgiveness research focused in the United States, he wants to expand the research globally.

"What we're trying to do in South Africa is take promising young researchers and [help them] learn about and publish about forgiveness," Worthington says. "In West Africa they're more teaching-oriented, so we're trying to recruit promising folks who want to do some research."

The program will culminate in two conferences, at which 40 researchers will present papers on issues ranging from post-apartheid struggles to the political turmoil in Côte d'Ivoire.

Everett Worthington will offer a seminar, "Forgiving Ourselves and Others for Better Health" at Lewis Ginter Botanical Garden on July 23 at 5:30 p.m. lewisginter.org.