Theater hits home with stories that explore that many-splendored thing. 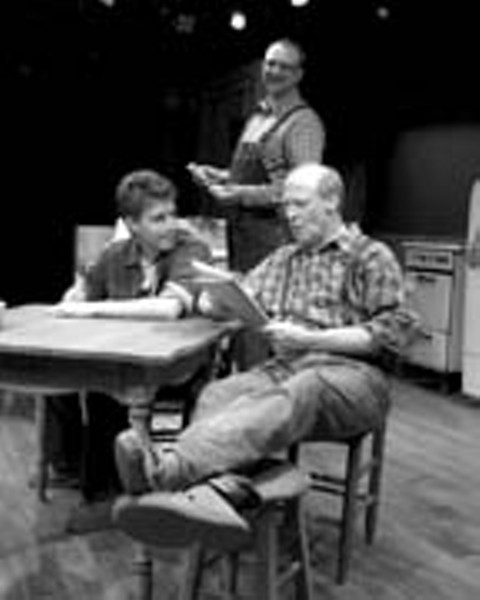 Theater also possesses a magic that can transform even the oddest two-dimensional character — like Charlie Brown or even Horton the Elephant in Theatre IV's "Seussical: The Musical" — into someone or something that can dance, sing and, yes, even love. And certainly, if queen of crabbiness Lucy Van Pelt is worthy of love, aren't we all?

Here are a few additional "love"-ly moments from the local stage scene in 2005:

The Acts of Faith festival, a cooperative effort involving more than a dozen organizations, reflected two amazing and mystical experiences: the love of God and the power of a good idea to galvanize a community. Whether the main subject was slavery or Shakespeare, faith was the subtext in a multi-month series of plays. Richmond stages were energized by honest exploration, frank discussion and simple recognition of the power of spirituality in our lives. The festival attracted attention as far away as New York, and anticipation is building for the extraordinary event's second coming in 2006.

The success of two summertime productions showed how Richmonders love what's familiar. Barksdale's "Anything Goes" and Encore! Theatre's "Romeo and Juliet" proved popular draws through the sweaty season, with sold-out performances galore. But neither production relied solely on what was on the page. The performances were exemplary, the sets (e.g., the Agecroft Hall courtyard) and costumes were top-notch, and the entertainment value was undeniable.

Love is a messy, confusing and unpredictable business. Firehouse Theatre Project's "The Goat, or Who Is Sylvia?" took that premise to its extreme, demonstrating how the elemental power of love doesn't respect such artificial boundaries as gender, race, age or, um, species. In a less radical, but more poignant, example, the Barksdale's "The Drawer Boy" mixed memory loss, lies and love, and offered the performance of the year in Joe Inscoe's gruff Canadian farmer, whose mean-spiritedness hides a profound devotion. Inscoe continues to be one of Richmond's most valuable natural resources.

Finally, as a reminder that while love brings great joy, it also brings pain, the Richmond theater community lost one of the most talented actresses to grace our stages with the death of Mary Sue Carroll in August. You were well-loved and are sadly missed, Ms. Carroll. Rest in peace. S