A local history teacher offers hope for college graduates by remembering his grandfather’s life during the Great Depression. 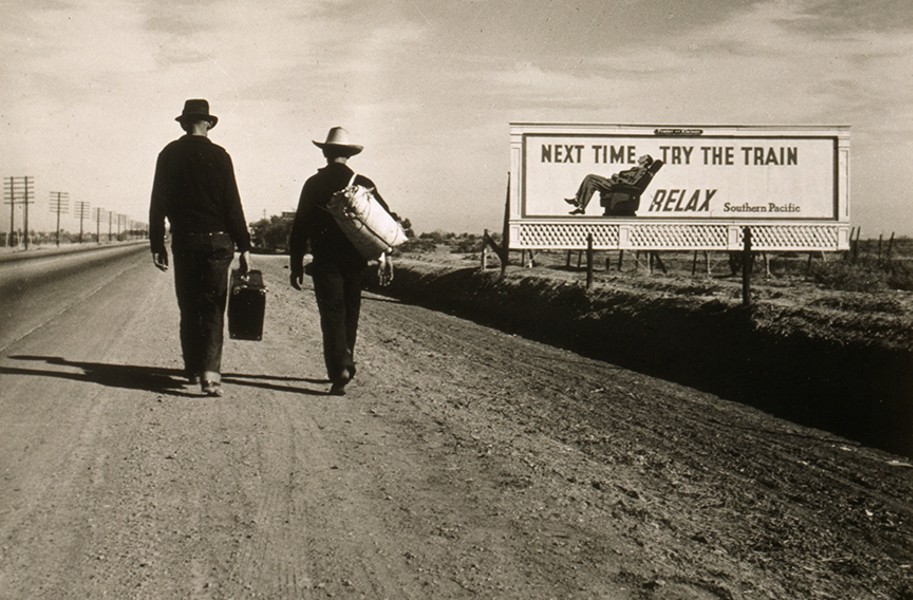 After years outside the classroom, my return to teaching this semester coincided with the coronavirus. Even while scrambling to make a brick-and-mortar classroom virtual, it has been impossible not to contemplate the topsy-turvy world into which students, especially seniors, have been cast. Denied the ritual of graduation, many if not most are witnessing the upending of their plans and prospects. Empathy demands a question: What do my and my wife’s generations, boomers and Gen Xers, given much but asked to return far less, owe to these blameless youths?

My grandfather’s coming-of-age story perhaps offers an answer. He was born in 1915, so it is unsurprising that the Great Depression influenced his worldview. Raised in an impoverished corner of Kentucky, he was the eldest of eight children in a family of humble means. Hit hard by the cratering economy following 1929’s stock market crash, the family was hungry and, in my mother’s words, “practically walking around naked.”  My grandfather decided that “something had to give” and in 1932 at 17 resolved to do something. Voluble about his forbears but, characteristic of his contemporaries, laconic regarding himself, if he related his story to me, adolescent obliviousness banished it from memory and it has survived through the sepia filter of oral family lore. However, he did once tell me that “there was a world of people on the road in those years.”  He was among them, one of historian Arthur Schlesinger Jr.’s “vagabond children,” a metaphor invoked recently by New York Times columnist Jamelle Bouie.

Hearing of a job plucking chickens in Princeton, Illinois, he embarked on an epic journey for a boy who had never traveled beyond Louisville. He jumped running trains. He passed through Chicago Heights’ hobo jungle and observed families living rough, with women stirring black kettles over open fires. He defeathered chickens and toiled on a farm. He wet his pillow with homesick tears. After four months, he purchased a bicycle and rode south. Along the way, marvels presented themselves: a surreal experience in a late-Prohibition roadhouse and the spying of a “giant orange,” a grapefruit in a storefront. Pedaling through Louisville, he ran atop a Plymouth, landed face-first on a trolley track, and was knocked unconscious and hospitalized. A false rumor outpaced him and his mother was told he was dead. And then he appeared on her doorstep, our family’s personal tale of resurrection, a rural Odysseus returned.

The Great Depression did not scar him but formed his sensibilities. He matured under it, married, had children, worked for the railroads, was a circuit preacher for a time then settled down to raise tobacco. He and my grandmother planted a vegetable garden every year and their farm had a barn, now beautifully dilapidated, a smokehouse, a chicken coop, fishponds, a sassafras thicket, apple trees, blackberry bushes and an outdoor privy. Their detached cellar was laden with home-canned foods and root vegetables and doubled as a tornado shelter.

As a child, I witnessed him give the down-on-their-luck a bite to eat and a place to rest. My mother, my brother and I were under his roof for a time. During my visits after I left home, he invariably offered me cartons of brown eggs and other victuals. On meeting my future wife, he tried to bestow on her a burlap bag of Irish potatoes. He always asked whether I had work and seemed pleased that I had “made a teacher.”

Circumstance limited his formal education to middle school but he was a voracious reader who granted me free rein to rummage through his piles of books. For him, the Louisville Courier-Journal, a respected family-owned daily, was a necessity, because the county weekly inadequately covered the nation and world. Once television appeared, he watched the news without fail. My earliest memory of televised news comes from his old black-and-white console through which Walter Cronkite, Chet Huntley and David Brinkley recited casualty figures in Vietnam. He was for decades a poll officer on election day and even made a failed run for county sheriff.

Less by word, more by conduct, he taught me what counted for him: generosity of spirit and kindness toward those who had drawn life’s short straw, staying informed and demanding the truth in order to know it, and free and fair elections, perhaps never more than in challenging days. Columnist Bouie recently presented Franklin Delano Roosevelt’s first inaugural address in 1933 as a paradigm for leadership during crisis. Bouie underscored how FDR’s frankness and call for a new governing ethic gave hope to those bereft of it. I would like to think that my grandfather, just months back from Illinois, listened to it and found a measure of optimism.

However that may be, the challenge now is how to engender realistic hopefulness in this graduationless cohort of graduates who face grave uncertainty and narrowed opportunity through no defect of their own.

Is it possible that new verities need not be sought and that old wisdom should become new again? That greatest generation, its last remnants cruelly menaced by the coronavirus, paid it forward, whether through my grandfather’s rough-hewn decency or through his younger brother’s ultimate sacrifice in the Ardennes.

Does it seem too burdensome to ask us boomers and Gen Xers to do the same by displaying exemplary grace in difficult times? By requiring forthrightness and competence from our leaders, and by considering something larger than ourselves when casting ballots in November?

David Routt, a native Kentuckian, has made Richmond his home. He taught ancient, medieval, and early modern European history at several universities, most recently at Virginia Commonwealth University (2001-2003) and University of Richmond (2003-2016). He is a member of the board of directors at Agecroft Hall and Gardens.