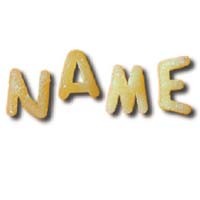 I was only half an altruist.

I was seized with a sudden urge to Do Something Good. And I also wanted to improve my crumbling Spanish. Why couldn't I do both at the same time?

So in the summer of 2006, I signed up to become an English tutor through the Catholic Diocese of Richmond's office of Refugee and Immigration Services. I spoke English. I was a writer. Surely I was qualified.

I listened intently in orientation. I pored over the stacks of grainy Xeroxed lesson plans. I learned a multitude of methods: phonics, audio-lingual, total physical response. All that remained was for the program coordinator to assign me a family. There were plenty of Spanish-speaking clients. There was also, she said, an Afghan woman who spoke almost no English.

Afghanistan! The country had always occupied a romantic place in my mind, next to other mysterious lands like Easter Island and Outer Mongolia.

The rational kernel in my mind said, "Spanish! ¨Recuerde?"

A few weeks later I found myself standing outside her apartment door, clutching my Xeroxes and a small album of wedding photos (a good conversation starter, the coordinator had assured me).

My fears of sitting mutely on the sofa evaporated as soon as I was ushered into my student's immaculate living room. The mother of two teenagers and a 9-year-old, my student had deep coffee-colored eyes and an unabashed laugh. She pronounced everything "beautiful." It was her favorite word.

So once a week, I drove down to Chesterfield County and spread my books and flashcards and worksheets across her spotless glass coffee table. We started with writing letters and reading the alphabet. After a while, that felt too kindergartenish, so we moved on. I taught the parts of the body, the names of colors, how to read road signs. When she briefly took a job at Wendy's, I made flashcards to help her read the menu: "mustard," "mayo," "home-style chicken."

I gamely tackled phonics. "G makes a 'guh' sound," I explained, "except sometimes, when it sounds like 'juh,' like a J." She gave my unsteady efforts her rapt attention, furrowing her forehead while she concentrated.

As the weeks became months, I looked forward to each visit more and more. She taught me snippets of Dari Persian, though the only words I could remember reliably were "maza-daar" and"baanjaan-e rumi": "delicious" and "tomato." She made me orange pekoe tea and rice dishes fragrant with spices I couldn't name. She presented me with a pair of brilliant red flowing pants from Pakistan. She was an eager student. We glided right through the ESL book.

She put pen to paper and printed a W. Then she looked at me with questioning eyes.

I had failed. I had moved on relentlessly from lesson to lesson without remembering to review. And now, after more than a year of lessons, she could not write her name.

I'd betrayed her. How would she get a better job, a driver's license, her long-awaited citizenship if she couldn't even write her name? I wasn't a real teacher. But I had to try to be one.

We go slow now, she and I. She writes her name again and again, so never to lose it. She likes pro wrestling, so we practice writing the names of WWE stars: J-o-h-n C-e-n-a. S-t-o-n-e C-o-l-d. And she's learning to read, one vowel, one word at a time.

Recently, she put her pen to a blank space on a worksheet and neatly lettered a word I'd never taught her: d-o-n-e.

She had memorized four still-foreign squiggles and brought them to me. A new word, her own word. She could tell from my smile I was proud.