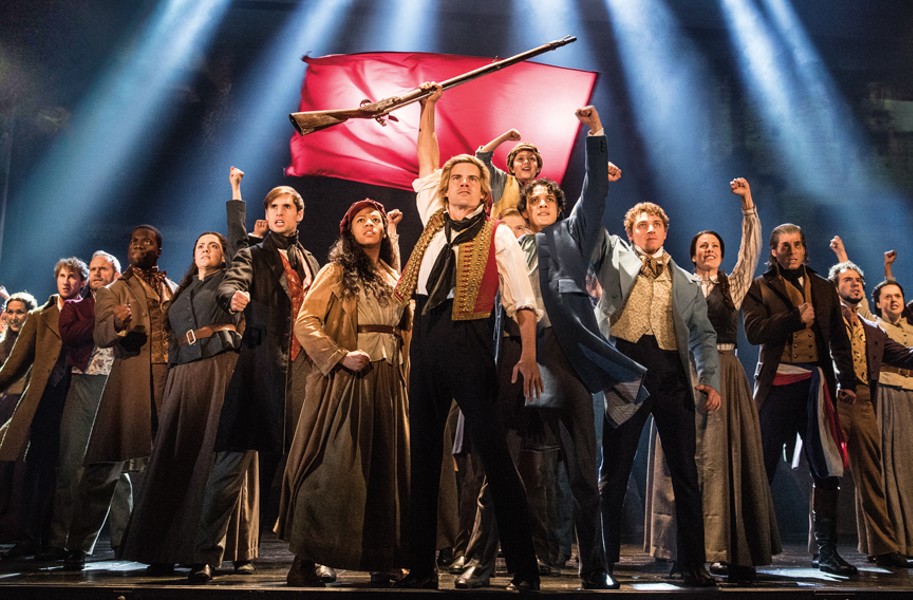 The traveling cast of “Les Miserables.”

It may have taken a year of performing with the traveling tour of "Les Misérables," but Mary Kate Moore believes she's finally met the cutest Javert ever.

Sitting in the front row of the tour's recent performance in New Haven, Connecticut, was a well-dressed toddler named Rex who mouthed along to all the musical's ensemble numbers. After the show, Rex's parents took him backstage to meet the cast. Upon encountering the actor playing Jean Valjean, Rex and the man began trading lines from "The Confrontation," a song that had the toddler portraying Javert, the lawman obsessed with bringing Valjean to justice.

"It's amazing to see people like that in the audience, because ["Les Misérables"] resonates with all ages," says Moore, who plays Fantine in the production coming to Richmond from Oct. 23 to 28.

Based on Victor Hugo's 1862 novel, the musical tells the story of Jean Valjean and his journey for redemption after spending 19 years in prison. Through the course of the story, Valjean and others take part in the June Rebellion of 1832. One of the most popular musicals in history, "Les Misérables" picked up eight Tony Awards for its original 1987 Broadway production.

"The music is so incredible and so epic," says Moore, reached by phone last week from a tour stop in Baltimore. "It is, at the heart of it, a story about people who are living very real-life situations, who are experiencing tragedy and love."

In the show, Moore plays Fantine, a poor factory worker who turns to prostitution after losing her job. Moore, a native of Lincoln, Nebraska, says the biggest challenge for her is balancing the musical and dramatic responsibilities of the role.

"It is incredibly fulfilling and really challenging. She's a difficult character to play, because there's not a lot of happiness in her story," Moore says. "My main objective is being able to find the strength of the character every night." 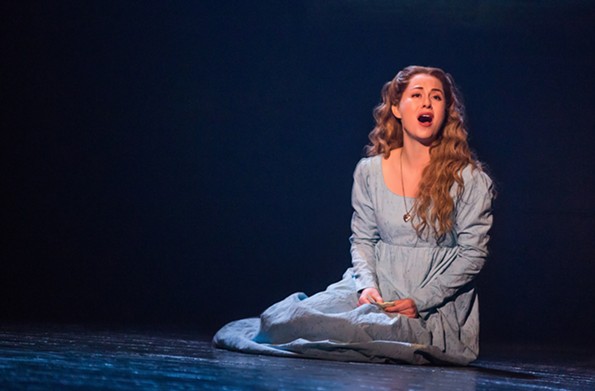 Instead of the famous turntable set many people know from past productions of "Les Misérables," this version features a re-imagining of the set, including the use of projected backdrops of Victor Hugo's original art. Still, Moore stresses that it will be the "Les Miz" that people know and love.

"It's a timeless story about the triumph of the human spirit, and it features some of the most famous songs in musical theater history," Moore says. "More than that, it's a beautiful story of a man's life and all of the people he meets over the course of his life and the lessons that they teach him." S