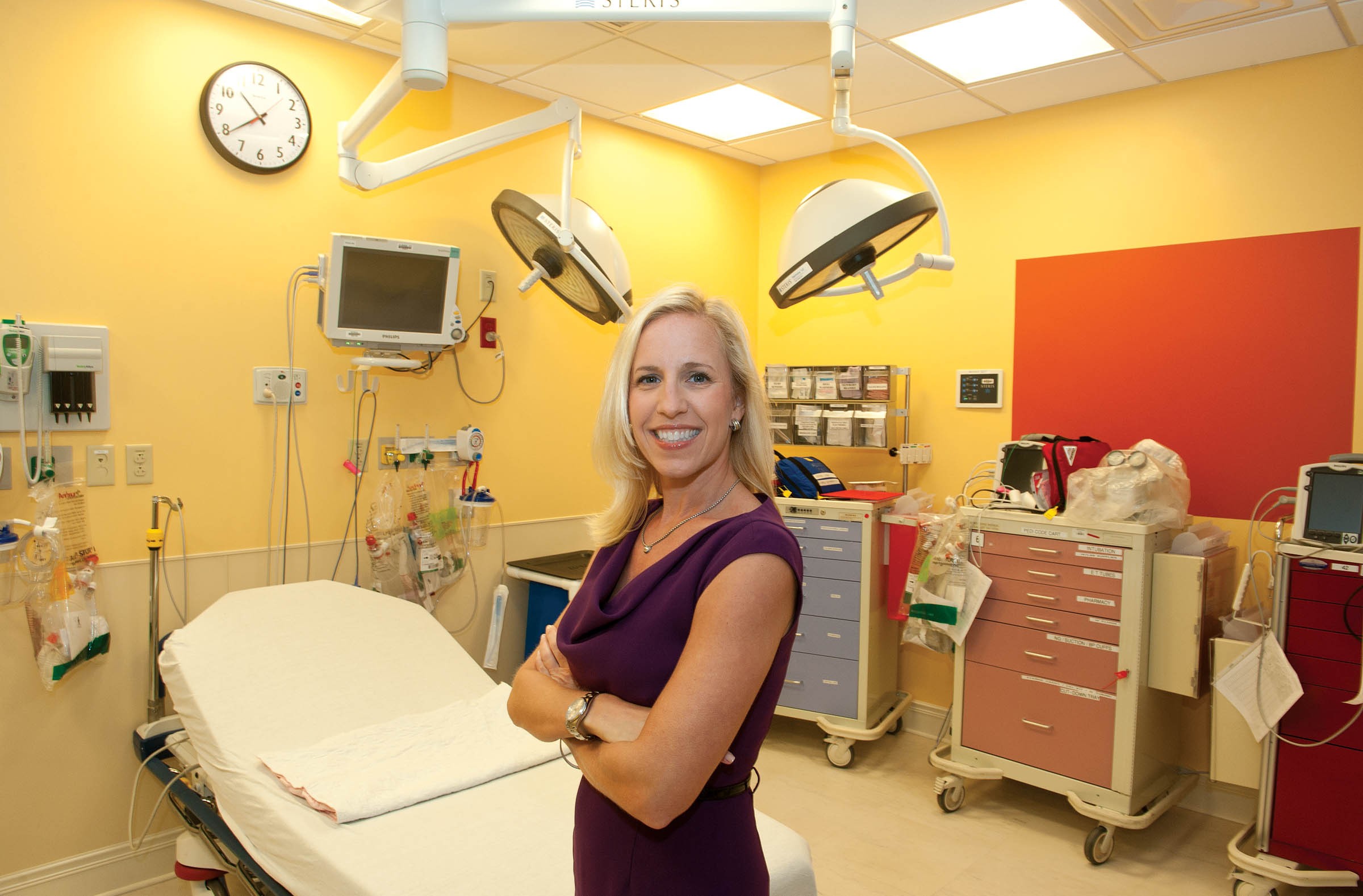 She didn't start on the ground floor. She started in the basement.

Leigh Bernard left her accounting job at Circuit City in 2006 to work in the below-ground labor and supplies department for Memorial Regional Medical Center and Richmond Community Hospital.

After her twin daughters were born prematurely in 2001 — one of her daughters, Taylor, suffered brain damage during birth and was diagnosed with cerebral palsy — Bernard experienced the trials and travails of a broken health care system. Her health insurance didn't cover the full cost of her daughter's physical therapy. Bernard had to come up with the rest — upward of $30,000 a year.

"It just changed my perspective on life," she says. "I actually contemplated going to medical school."

Instead, she opted for the basement. It turns out that hospitals aren't the best at managing inventory, so Bernard streamlined the operations, instituted controls and impressed the hospital's chief executive. She was promoted to physician liaison for Bon Secours Richmond Health System, charged with improving relations between physicians and the hospitals, and earned a master's degree in health administration at Virginia Commonwealth University.

She's now chief of staff of Bon Secours Virginia Health System, overseeing a $1.9 billion budget and 12,500 hospital employees at seven hospitals. And she's kept up the advocacy. She spoke before Congress, alongside Jessica Alba and Keri Russell, and convinced U.S. Rep. Eric Cantor to change his vote to support funding for graduate-level medical education, specifically for children's hospitals.

But she's not there yet. Bernard is a key driver behind the fledging effort to build a full-service children's hospital, at a cost of $400 million to $500 million, in metro Richmond. She considers it her calling: "My dream is to be CEO of a children's hospital," she says. "I try to think everything happens for a reason."