After a year-long injury, dancer Thomas Garrett was set to close out Richmond Ballet’s 30th anniversary season. Then, a setback 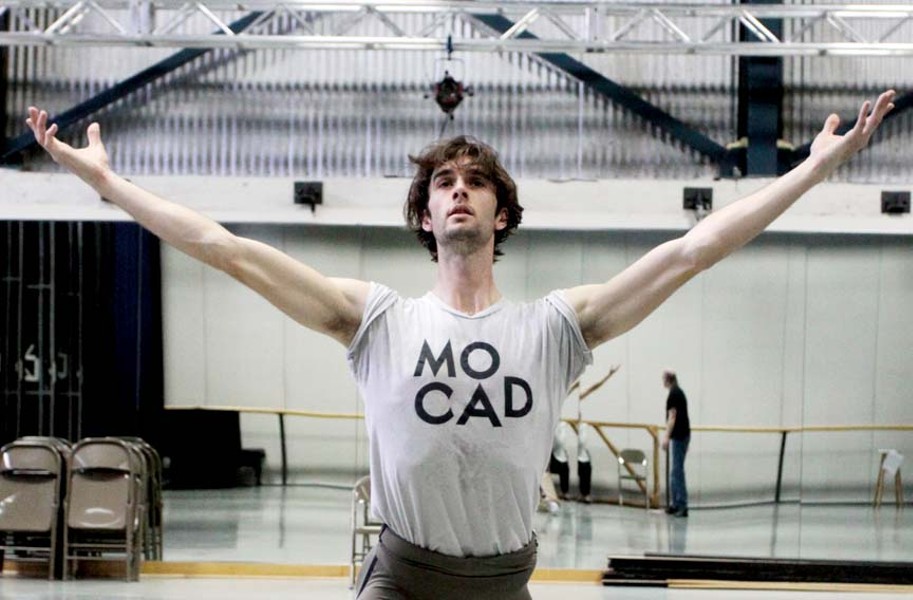 Being a prince has its price. Princesses of flesh and bone may look as light as spun glass, but pain and injury can come with the job of lifting them.

After Thomas Garrett's first ankle tweak 10 years ago as an apprentice with Richmond Ballet, he heard advice from Igor Antonov, former dancer and now director of Richmond Ballet II.

"Igor told me that I'd learn there were pains I could dance with and pains I could not," says Garrett, now a company dancer — "and that I would know the difference."

During a touring show in February 2013, while performing the beautiful and famously difficult black swan pas de duex from "Swan Lake," Garrett felt a pain he knew in his gut was wrong. It turned out to be a fractured tibia.

"When I landed that jump," he says, "Igor popped into my head right away. This was a pain I could not dance with. I saw him in my head just being like, 'Uh-huh, I told you you'd know the difference.'"

Before the tour, Garret danced the role of Siegfried in the ballet's presentation of "Swan Lake," a lead considered one of the most demanding roles in classical ballet. His shin hurt, but he took a gamble and pressed on despite the risk of greater injury.

"I'd go back and do it again," he says. "As a dancer, you never know how long you're going to dance. You never know what injury could take you out, if it's going to be an injury. But you know when you have an opportunity to perform something that maybe only comes around one time in your whole career, you're gonna do it no matter what. You just do it."

Garrett grew up in Jacksonville, Fla., which at the time wasn't a "ballet-friendly city for boys," he says. He took classes as a child because his mother owned a ballet school. "Ballet wasn't what I had in my head," he says. "I had the same concept as everyone else at the time about guys and ballet: 'Nope, that's girly. I don't want to have anything to do with it.'"

But when he started taking classes, the challenge hooked him. During his nine seasons with Richmond Ballet, the 30-year-old has danced not only Siegfried of "Swan Lake" but also Albrecht of "Giselle," considered the other most difficult role in classical ballet. He also danced the role he first set as his goal, the Cavalier of "The Nutcracker," several times.

After his fracture was diagnosed, he spent three months on crutches. He watched a lot of television ("Mad Men" and "Dragon Ball Z"), but did so while doing every exercise he could think of that didn't put weight on his leg. It was difficult transitioning from an active, 10-hour day at the ballet with the tight-knit dance company he considers a family to being inactive at home.

He credits his longtime girlfriend, company dancer Maggie Small, as a major factor in his recovery. "There were times when I told her I think I'm done dancing — this is it," he says. "She was always there telling me to be patient, to let time go by."

When he was cleared to walk, he put on a weight vest and started walking with his dog from his home in Church Hill to the Richmond Ballet building on Canal Street.

"I told the ballet that I couldn't honestly tell how long it would take me to recover," he says, "so if you need to take my position in the company and give it to someone else, then that's what needs to happen."

But Garrett remained part of the company for the year it took to recover, and says Artistic Director Stoner Winslett worked with him through the process. "I couldn't ask for anything more," he says. "It's so nice to work in an environment like this where they really take care of the dancers."

Garret was slated to close out the ballet's 30th anniversary season dancing in "Studio Three." But during a recent rehearsal of Chinese-born choreographer Ma Cong's "Lift the Fallen," a technically challenging work about healing from grief and loss, Garrett developed a stress reaction, a precursor to a fracture, in his lower vertebrae.

Out for the remainder of the season, he remains positive. "Injuries are bad for the dancer they happen to," he says. "But sometimes injuries can be a blessing for the up-and-coming dancers because it gives them an opportunity to show how they can perform."

He says he looks forward to dancing in the ballet's new season, beginning in the fall. A summer of physical therapy and starting another recovery process is something he takes in stride.

"You really have to love what you do to do this," he says. "I've really learned about perseverance and determination — if you believe it, you can make it happen. When you're in the studio and dancing and working, you don't really notice how demanding it is. You're just doing it." S