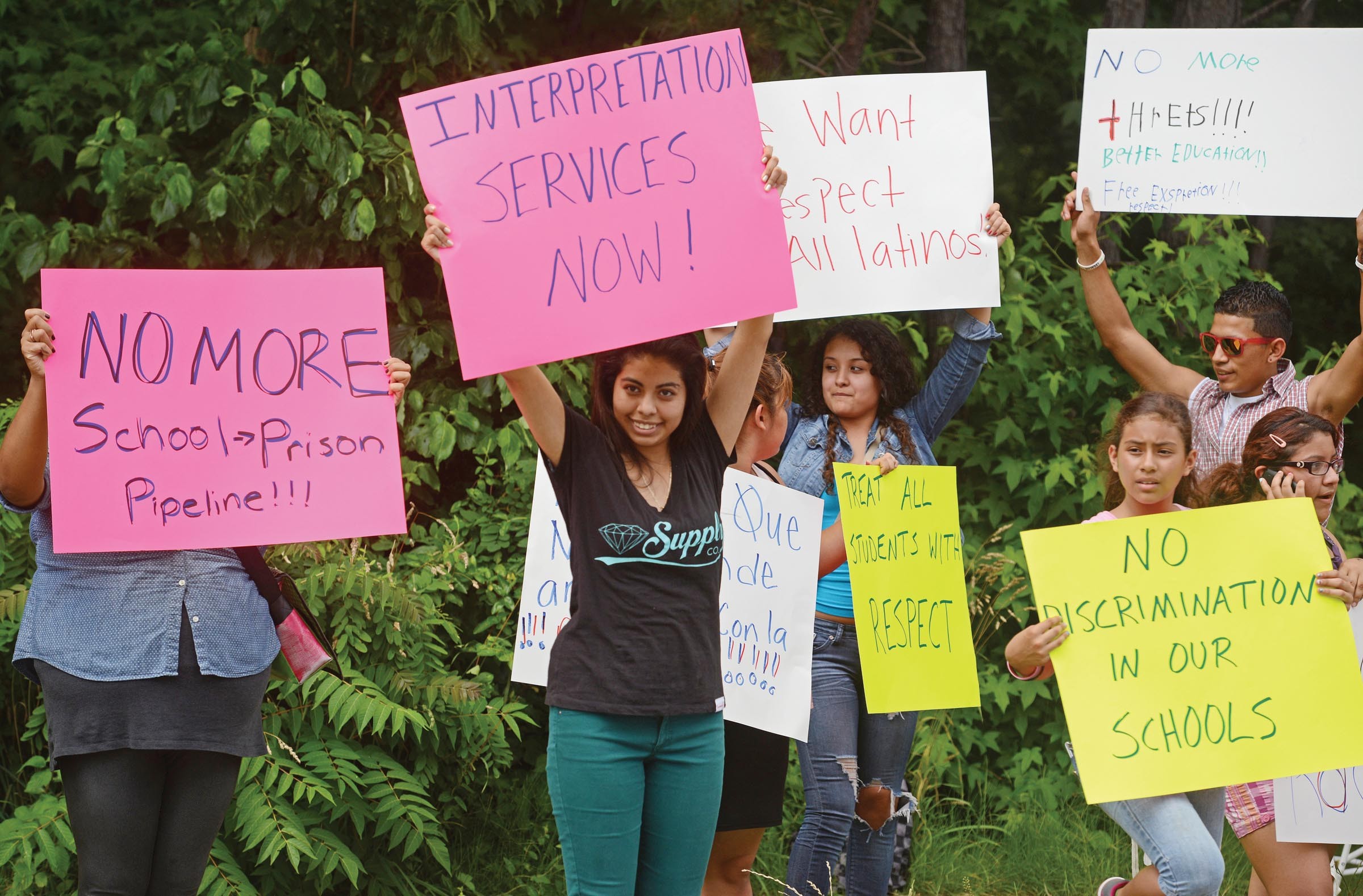 Jessica Osornio graduated from Huguenot High School at the top of her class Wednesday. On Thursday, the valedictorian returned to school to protest across the street with 50 other students, parents and activists.

One of about 170 Latino students at the school of 1,200, Osornio held a sign that demanded: "No more discrimination."

Huguenot has the highest concentration of Latino students of any city school south of the James River. And those students routinely are singled out, Osornio and her fellow protesters say: targeted for searches, threatened with deportation and in a struggle to communicate with administrators.

Students say the most jarring example came late last month, when administrators called the school's Latino students to the cafeteria just before school let out. They'd heard rumors that some Latino students were planning a fight.

In the cafeteria, 15 of the students were searched for weapons, Huguenot principal Jafar Barakat says. Then, as part of what the district refers to as a controlled dismissal, the students were led to their waiting buses in groups of six.

The experience was humiliating, says Zulma Villatoro, a rising senior. "It's wrong. It's very wrong," she says. "They took us out alone and they put us on the bus and then all these other African-American, white — every other race — looks at us and points and laughs. That's wrong. I shouldn't be pointed out like that."

The situation wasn't ideal, Barakat acknowledges. But he says several Latino students had approached staff to tell them other Latino students were planning a fight after school and had weapons. The principal says he was responding to a credible threat the only way he could, considering the limited time and information.

Barakat says he's since met with Latino students and parents. As the protesters did, they voiced concerns about staff members who threatened students with deportation and limited translation services.

Barakat says he'll talk with staff about threats. "If it's happening we need to definitely correct it," he says. As for the need for more interpreters, he says, the issue already has been identified as a priority for the school system.

But Barakat questions whether the protesters represent the feelings of the school's Latino students. He says he and his staff have worked throughout the year to connect with them and their families. He cites monthly meetings with parents, workshops for families and a heritage month as examples of the school's outreach work.

"There's so many things we've done this year," he says. "[That protest] did not truly reflect what we're about."

The protesters disagree. "We want justice and we want for our children's rights to be respected," says Mayra Alvarado, the mother of a student, speaking through an interpreter. "I think that we all deserve respect because we are all equal."