Richmond gets an influx of rare films with two simultaneous festivals. 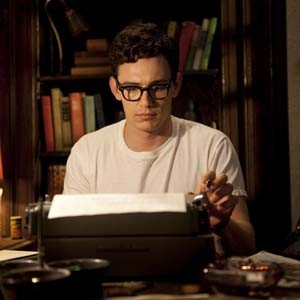 At least one sector of the economy besides mortgage foreclosures seems to be on the rise: film festivals. Let's hope their proliferation will one day convince studios and distributors alike that people still love the movies and want more variety than action and kid flicks. Two festivals hitting Richmond are, if nothing else, the only way some of these films (some with big stars) will ever make it to the Richmond market.

If you want to see “Howl,” starring James Franco as the venerated beat poet Allen Ginsberg — in his younger days, of course — your ticket is the Reel Pride Richmond Film Festival, Nov. 5 and 6 at Richmond CenterStage downtown. Tickets for the opening-night screening of “Howl” are a little more than the usual price at $75, but include a post-screening party. Proceeds benefit the Richmond Organization for Sexual Minority Youth.

The festival gets considerably more affordable Saturday and the emphasis turns to films that reflect sensitive current issues in the gay community, such as bullying and gay rights. One of the highlights is “The Mormon Proposition,” a recent documentary on the Mormon church's involvement with California's Proposition 8, a law banning same-sex marriage. Saturday tickets are $10. For the complete schedule visit www.reelpriderichmond.org.

This same weekend the Byrd Theatre plays host to the second Latino Film Festival, organized by the Richmond Chapter of the League of United Latin American Citizens. Highlights of this festival include “Entre Nos” (“Between Us”), a realistic portrayal of immigration by writer, director and star Paola Mendoza, who based the film on her mother's experiences. “El Secreto De Sus Ojos” (“The Secret in Their Eyes”), an engrossing crime thriller, is another standout which opens the festival on Friday night.

“El Secreto De Sus Ojos” appeared once in Richmond earlier this year, but whether or not you caught that one already, don't miss “Alamar” (“To the Sea”) Saturday morning, a distinctly un-Disney children's movie about life and loss in which a father teaches his boy about the sea. You could probably watch it at home on Netflix, but on the big screen at the Byrd it's the kind of movie that makes small festivals like this worth it. Movies at this festival are $6, $20 for a full pass. Information is available at http://cinedemigente.blogspot.com.