The Richmonders we said farewell to in 2013. 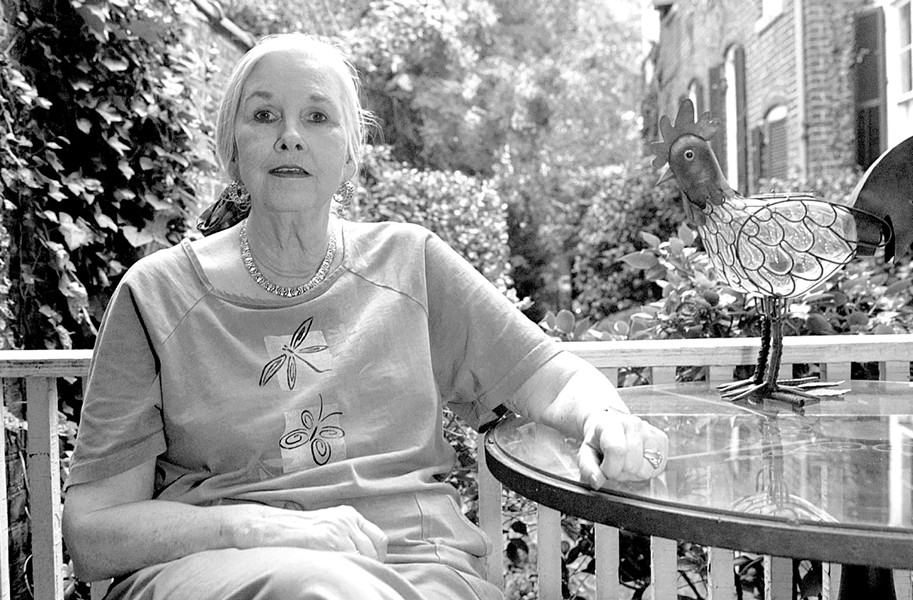 Death comes to us all. But before that comes life, and Richmond is better to have seen the likes of many talented and determined folks who died this year. Their individual and collective vision, energy, grit, humor and kindness made deep and positive impressions on their native or adopted city. You may have your list, here's mine.

One of the departures of the new year was Murray Janus, who died Jan. 26 at age 74. The criminal defense attorney, who became a household name locally, famously defended some of the highest-profile cases in late-20th-century Richmond.

A lawyer who broke a major racial barrier here was James E. Sheffield. He died March 28 at age 80. In 1974, he became the first African-American appointed to a Virginia bench when Gov. Mills E. Godwin Jr. made him a Richmond Circuit Court judge. Sheffield later distinguished himself as an adjunct law professor at the University of Richmond.

A local legend, former Richmond Police Chief Frank S. Duling Jr. died June 4 at age 89. Duling joined the force at 21, became a captain at 33 and was named police chief in 1967 at 44. During his more than two decades at the helm, the city underwent considerable social, political and racial tumult.

Some Richmonders make their mark and move on, such as Ruth Herrink. The former Bellevue neighborhood resident served as a city councilwoman from 1963 to 1965. A trailblazer in women's and civil rights, Herrink died Oct. 12 at age 87. At the time she was still at work as editor of The Journal in King George County and fighting for causes close to her.

A City Hall force since 1967 and former director of planning and community development, Charles Peters died Jan. 29 at age 70. He was at the front of such major initiatives as downtown development, reclaiming the James River and historic preservation. Physically imposing enough to play Falstaff, Peters combined design sophistication with political street smarts to serve his adopted city effectively for 45 years.

An independent architect who shared Peters' passion for Richmond's historic neighborhoods was John Lewis Jr., who died March 30. He was 64. In the early 1970s, this modernist — who designed the distinctive Pamplin Historical Park visitor center near Petersburg — was among the first architects here to aggressively embrace and preach environmentally responsible architecture and building practices.

Another modernist architect, Portland-born and London-based Rick Mather, died April 20 at age 75. His vision dramatically transformed the Virginia Museum of Fine Arts campus from a staid, Georgian Revival and Post-Modernist fortress into a welcoming and airy pavilion set within a sweeping landscape. He cleverly hid parking for 600 vehicles beneath a broad and beautiful grassy knoll.

A gentleman critical in molding the Virginia Museum of Fine Arts as the popular and cultural force it is, William "Bill" Gaines died May 11 at age 85. For two decades this accomplished painter was a trusted lieutenant who carried out the vision of longtime mercurial and storied museum director Leslie Cheek. Gaines, as programs director, was the first curator of the famed art mobile, a gallery on wheels that delivered handsome art exhibitions to every part of the Commonwealth.

Richmond also lost some major players in the performing arts.

The talents of an actor admired here and in New York City, Norbert "Burt" Edwards no longer will grace the stage. He died Feb. 25 at age 85, but will be remembered for roles in "Red, Hot & Cole" and "The Boys in the Band," both at the Barksdale. 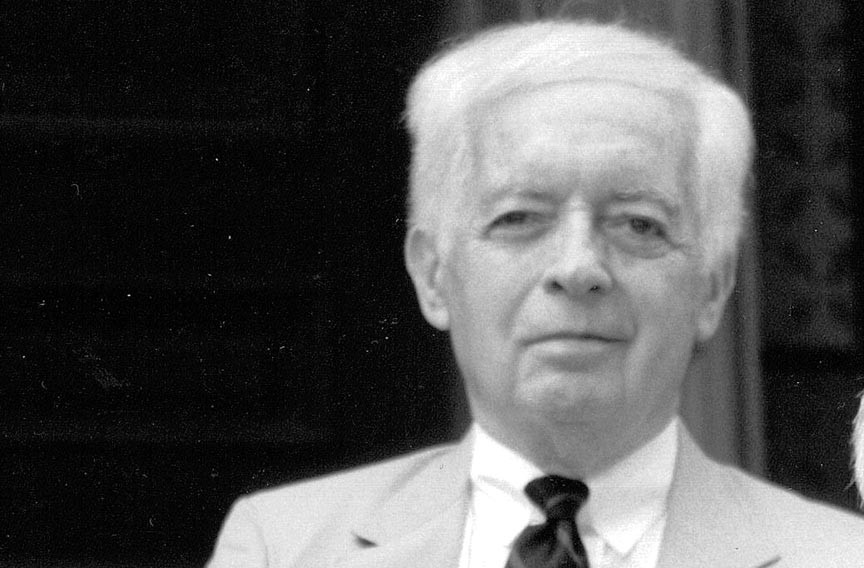 Another towering theatrical figure left when Robert Watkins Jr. died Sept. 17 at age 93. He not only was a founder of the Richmond Ballet in 1957, but also in the late 1970s, when that company became professional, left to co-found the Concert Ballet of Virginia. A talented interior designer, the erudite and wickedly witty Watkins also produced and directed drawing-room comedies for the Theatre at Bolling-Haxall House, which he co-founded.

Violinist Allan Blank, prolific composer of 200 works and revered professor of music and composition at Virginia Commonwealth University from 1978 to 1996, died Nov. 12 at 87. He was widely admired for his craftsmanship and the way in which his works required unusual combinations of instruments.

It was "-30-" for one of Virginia's most beloved writers and journalists of the 20th century. Guy Friddell died July 21 at age 92. From 1950 to 1963 he wrote for the Richmond News Leader, a former afternoon paper, and later at the Virginian-Pilot in Norfolk. The native Georgian captured with gentle humor and affection the simple things that were Virginian about Virginia. One of his books, "What Is It About Virginia?" remains a breezy but insightful and essential classic.

Jennings Culley, who followed Friddell to the News Leader in 1951 and wrote about sports for 40 years at the paper — 24 of them as sports editor — died Nov. 15 at age 88. Golf was his personal passion.

The photographs of staff photographer Jerome Reid no longer will grace the pages and inform readers of the Richmond Free Press. The Petersburg native and good-natured photojournalist passed away June 15 at the age of 46.

Three of Richmond's iconic on-air voices were lost. The deep and deliberate cadence of Annegrete "Grete" Dollitz, long familiar to listeners of WCVE public radio as she introduced musical programs, was silenced May 9 when she died at age 88.

And Anthony "Tony" Sposa died Aug. 15 at 81. Throughout the 1960s, as the co-host of "Night Beat," and through his big band broadcasts, the New Jersey native maintained his status as radio station WRNL's best-known disc jockey.

Richmonders continue to demand — and get — good new restaurants. Many old-timers still recognize the Pierotti name as a former gold standard. Helena "Lena" Pierotti, a daughter of Italian-born Joseph Pierotti (who operated the popular Pierotti's Lunch Room at Sixth and Broad streets for 47 years) died Aug. 26 at the age of 101. For many years, Lena Pierotti was the dietitian at Ginter Park Elementary School, and is the reason at least a few former students, this writer included, happen to like institutional food.

Another legendary restaurateur, John Dankos Sr., moved to Richmond in 1952 and in 1963 opened Aunt Sarah's Pancake House with his wife. It quickly became a local institution. He died Aug. 21 at age 84. And for the record: The eatery is named for a former neighbor, not a relative. 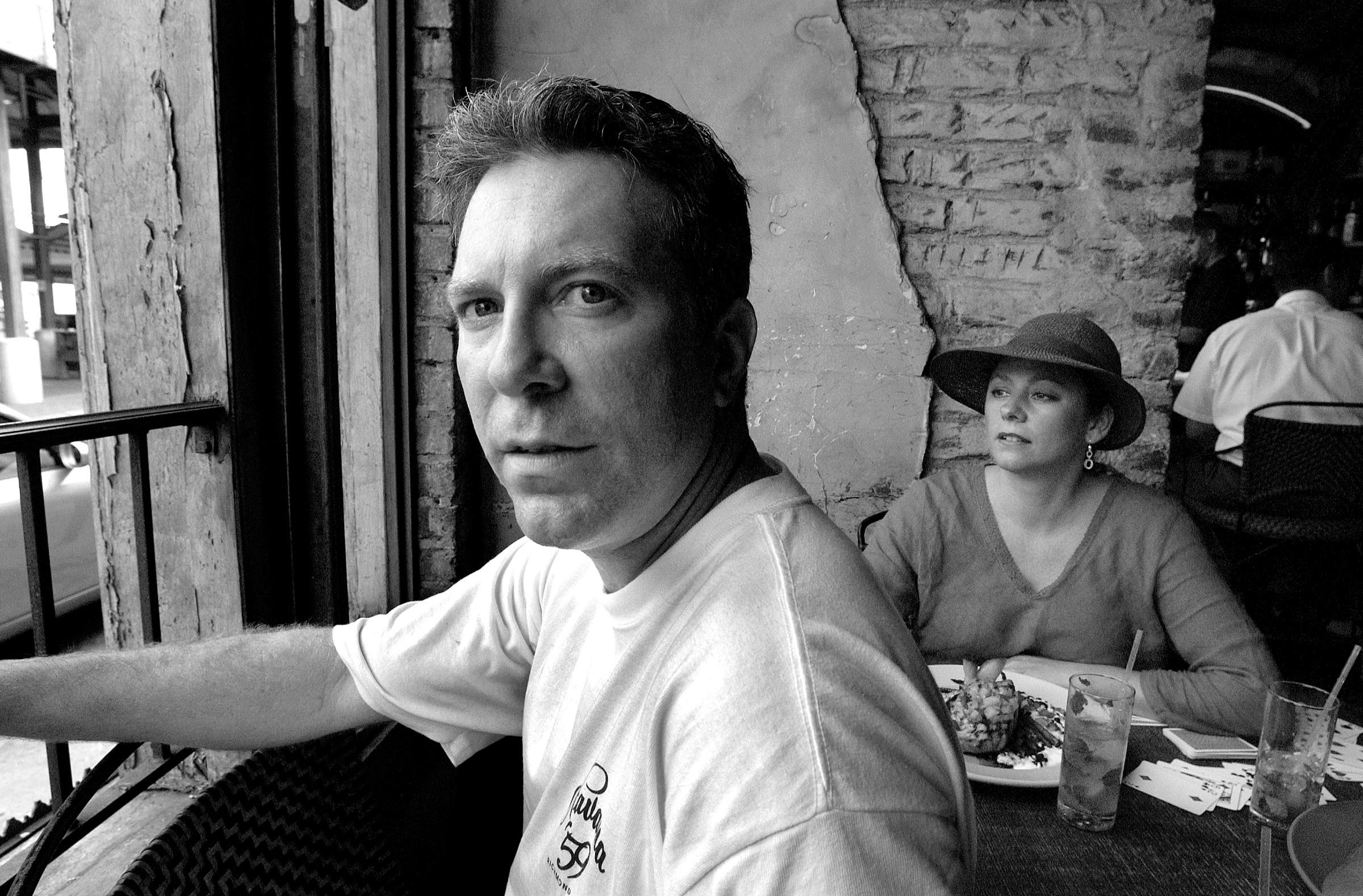 At the other end of the hipster scale are popular restaurants conceived by Michael Ripp, who succumbed to cancer Nov. 23 at age 51. His Havana '59 was the height of cool when it opened in 1994 and still held its mojo when he opened Burger Bach in 2012.

Also leaving was entrepreneur Allan David Creeger, who died Nov. 28 at 91. In 1964, Creeger founded Aarow Rent-Alls, one of the nation's first rental companies. An avid traveler, he'd served as chairman of the Virginia Retail Merchants Association.

The year has also seen the passing of other major players in business, some of whom were civic leaders.

James K. Timmons, who in 1953 founded the engineering and engineering services powerhouse, J.K. Timmons & Associates, died March 10 at 87. A member of the Greatest Generation, he earned a Bronze Star for bravery in World War II. The South Carolina native went on to develop the Salisbury, River Oaks and Reed's Landing subdivisions. He also worked on Interstate 64, Innsbrook and the Richmond International Raceway. Timmons held volunteer leadership positions at Virginia Commonwealth University, the YMCA and the Richmond Home for Boys.

Another gentleman who put in countless hours on behalf of the community was Douglas Ludeman, former president and chief executive of United Virginia Bankshares, later Crestar Bank and now part of SunTrust. He died Sept. 17 at 82. Awarded the Bronze Store in the Korean War, he went on to serve his community as head of the United Way and as a rector of VCU.

Many of these departed businessmen probably got their hair cut at the William Byrd Barber Shop, a Fan District institution. Its former owner, William Randolph Carlton, who worked there from 1948 until earlier this year, died July 19 at age 86.

Richmond lost one of its smartest and most irrepressible characters when Billie Rees West died Jan. 19 at 79. A denizen of the lower Fan District, she had an unmistakable whiskey voice, a laugh that could be heard a mile away and a heart that frequently led her to Third World places assisting those in poverty. Her rousing funeral closed with a New Orleans-style band leading the mourning throng in a rousing "When the Saints Go Marching In." Caterers then wheeled barbecue, creole food and spirits into the overflowing funeral chapel. 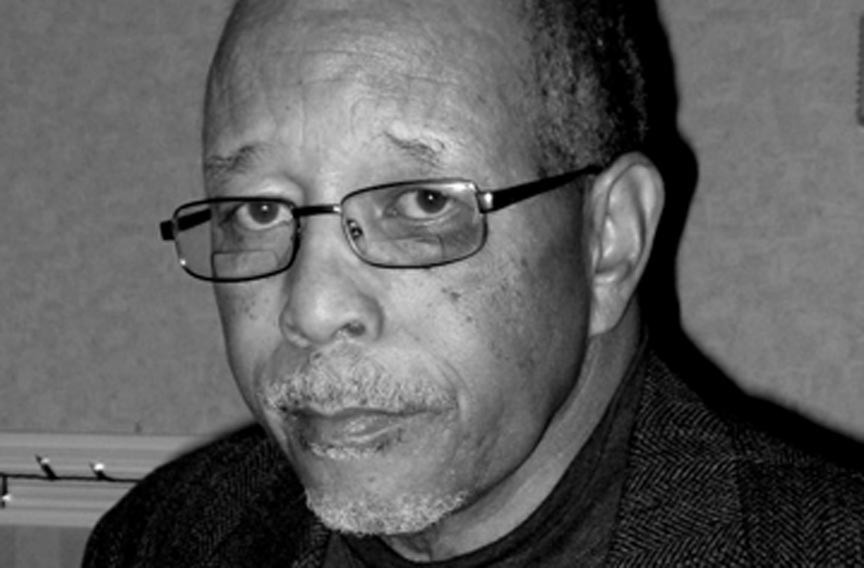 Jackson Ward's historic Sixth Mount Zion Church was filled as admirers, including state legislators and City Council members, bid farewell to Charles W. Finley. A veteran of the Virginia Department of Education, he had long and well served his community, especially as president of the Historic Jackson Ward Association. He died Nov. 17 at age 67.

Fannie Gunst Straus Rosenthal was a casually elegant grande dame who passed away Nov. 29 at 85. She, her husband, Gilbert, and their family have been munificent in countless ways, enriching the civic and cultural life of the city.

Fitting words were offered at the memorials for many of those we lost this year. But one quotation stuck with me. The printed program for the celebratory funeral of Billie Rees West included a quote from Dr. Seuss: "Don't cry because it's over. … Smile because it happened."