Low whistles in the modern world 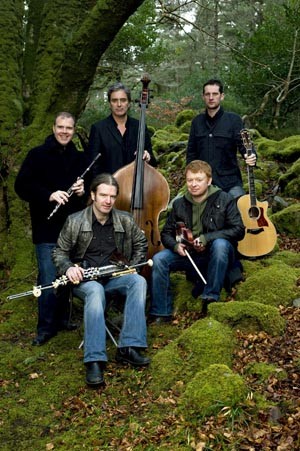 The most acclaimed instrumental group in Irish music, LA§nasa is no stranger to performing at amazing music festivals around the world. The ensemble burst onto the scene in the late '90s, isolating the central beat and rhythm to Irish music, reconstructing the traditional with a modern blend that broke down divisions between soloist and accompanist.

“The Irish tradition is pretty conservative, and even though we're not that far removed, we're always going to be on the fringes,” says Cillian Vallely, who performs on uilleann pipes and low whistles. “The wider audience can relate to us because of the use of guitar and bass … but we try to find rhythms and chord progressions that are more natural to the music.”

Vallely credits the group's engineer with getting a huge sound at both large outdoor festivals and intimate venues. “Pipes can be tricky outdoors, but it works because we have that rock influence,” he adds.

The group was featured on Natalie Merchant's album “Leave Your Sleep,” and released its own seventh album, “La Nua” (Irish for new day), in April. It was recorded on location in the beautiful Cooley mountain region of northeast Ireland. “We thought it would be nice to go somewhere remote,” he says. “And we worked a lot faster because we were in a good place mentally.”

The band typically plays in southern Europe a lot and will visit Japan and Russia in the fall. “But we're looking forward to Richmond because the mixed festival suits us,” Vallely says. “We like them better than the Irish festivals.”