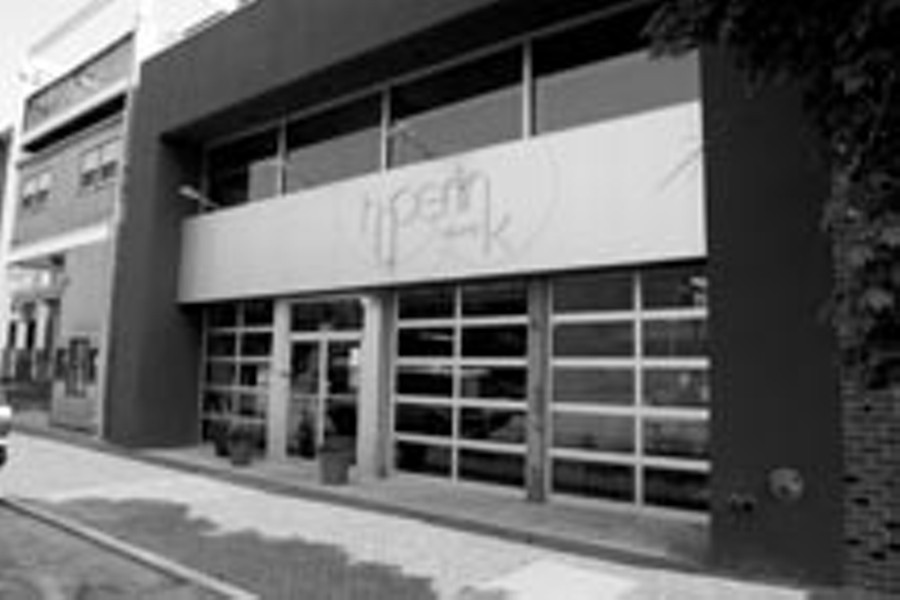 John Edwards stumped there in his presidential campaign Feb. 7, shortly after the restaurant opened, and Rep. Robert C. "Bobby" Scott, D-3rd and about 60 other Democrats Bush-bashed there in late April.

Capece Electrical Inc., of Charles City, filed a lawsuit July 29 in Richmond Circuit Court claiming that the Lamberts still owe the contractor $21,580 for installing an electrical system earlier this year. The bill, due Feb. 2, hasn't been paid, Capece claims.

Dagenhart Sprinkler Company Inc. of Richmond says it is owed $15,725 for installing a sprinkler system and fire alarm at the Hyperlink. The company filed suit, claiming an additional $2,000 in damages July 30.

Sen. Lambert, who is named in the suit, says the bills are being worked out. The business struggled a bit, he says, following the massive Broad Street inferno in late March (the fire started two blocks away) and as students left campus for the summer.

"They were handling things very well until school let out at VCU," Lambert says of his children. "It's not in trouble at all. I talked to the lawyers on it, and they have already worked out payment agreements."

If there is a plan to pay off the bills, David Dagenhart, vice president of Dagenhart Sprinkler, says no one has informed him. Neither his lawyer nor the Lamberts have contacted his company about possible repayment plans, he says.

"There's nothing that I'm aware of that's been worked out," he says.

It's unclear whether a payment plan has been worked out with Capese Electrical, the other unpaid vendor that filed suit. A lawyer for Capese didn't return phone calls by press time.

Lambert says his family has pumped between $500,000 and $700,000 into the restaurant and isn't planning to close shop. The younger Lamberts cut expenses and laid off employees to offset the summer doldrums, Lambert says, and have learned a few important lessons along the way.

"Sometimes you have to go through a little strain without writing a check every time," he says, laughing. "But I'm writing them a check, now."— Scott Bass