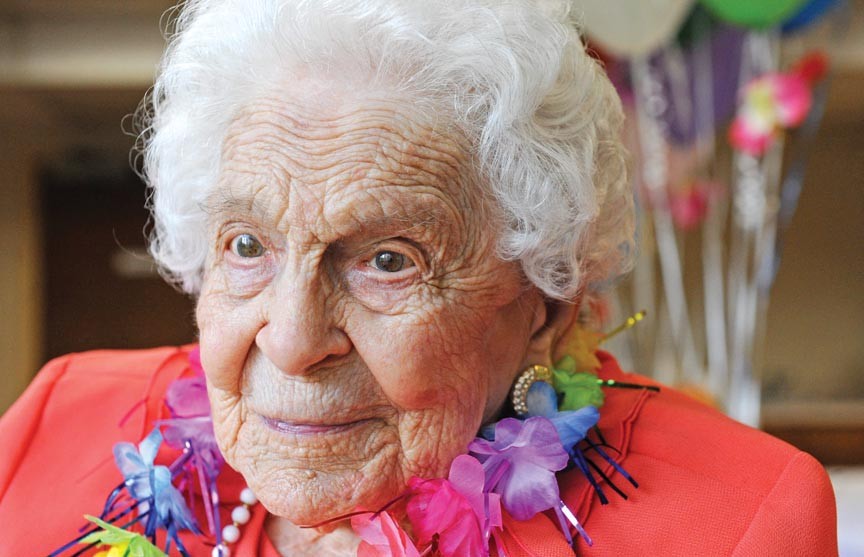 Genevieve Forbes Morse is a centenarian, which means she’s lived through what most people know only from history books.

Morse was on the home front during World War I and World War II. She survived the flu pandemic of 1918 that wiped out millions worldwide and brought life in central Virginia grinding to a halt.

She served as national president of a women’s sorority at a time when ’60s-era rebellion became a legitimate threat to its existence.

Along the way she self-published a book of poetry and wrote four other books. She’s traced her family lineage back centuries, from her birth in New York all the way to William the Conqueror and his companions at arms in England.

She joined the Daughters of the American Revolution, the National Society of Americans of Royal Descent, the Jamestowne Society and the Colonial Dames of America.

Morse has long retired from active duty in all of them. Last week, she celebrated her 106th birthday. The weight of age has slowed her down. Her voice trembles when she speaks, and her hearing is failing. But she takes it all in stride.

“I didn’t suppose that I would have ever reached this age,” she says. An administrator at the Henrico County assisted living facility where Morse lives reminds her what she often tells the staff is her secret to longevity. “Chocolate and coffee,” she says.

In 1928, Morse matriculated at Louisiana Tech University in Ruston, La. She met her future husband while exploring the campus. His name was Frederick Tracy Morse, He eventually became a professor of mechanical engineering at the University of Virginia.

The couple moved to Charlottesville, where they took up residence on a farm near the Rivanna River they dubbed Retreat. This was where she lived out most of her life, says her 55-year-old grandson, William Morse.

He recalls her then as a quiet woman who preferred wearing dresses to most everything else. “She was genteel in that way people aren’t anymore,” he says. “Even when we used to go fishing, she was dressed to a T. To this day, she’s never worn a pantsuit. I don’t think she’s ever worn slacks.”

Morse was the typical professor’s wife. She served as her husband’s secretary. She joined several boards. But her real passions were writing and history and genealogy, specifically that of her own family.

“She spent hours traveling around the state in her Oldsmobile to dig through records at courthouses and records depositories to find out where we came from,” William Morse says.

In 1945, she published a book called “Through the Years and Other Poems.” The poems offer a window into life in a time of war, William Morse says. One tells the story of her then 17-year-old son, Robert Frederick, and the announcement of his decision to join the military upon his 18th birthday.

The volume was well received enough to get her a mention in the 1945 edition of Who’s Who in American Poetry, her grandson says. He wasn’t aware of the accolade until 2007, after his father died and he took over his grandmother’s care. “She’s never been the kind to brag about something like that,” he says.

In 1950, she began working with the national arm of the Kappa Delta sorority. Nine years later she was elected national president. Her tenure lasted through the “most tumultuous period in the sorority’s history” wrote author and Kappa Delta historiographer Cynthia Weston in “Ordinary Miracles: 100 years of Kappa Delta Sorority.” This was the 1960s, a period that included various social justice movements, a sexual revolution and a corresponding waning of interest in Greek life.

Morse herself doesn’t recall the details. “It was a very long time ago,” she says. “But the sorority survived.”

So does Morse. She’s less mobile now, having long since given up her driver’s license. Wheelchairs aren’t conducive to being a social butterfly. Likewise, she’s no longer able to conduct her beloved research.

Luckily, she’s been able to maintain a connection to her previous work and the folks who admire it. Last week, she celebrated her birthday surrounded by fellow residents and a handful of members of the local chapter of the DAR. “She’s an amazing woman,” said fellow DAR member Sandra Walker. “A true lady.”