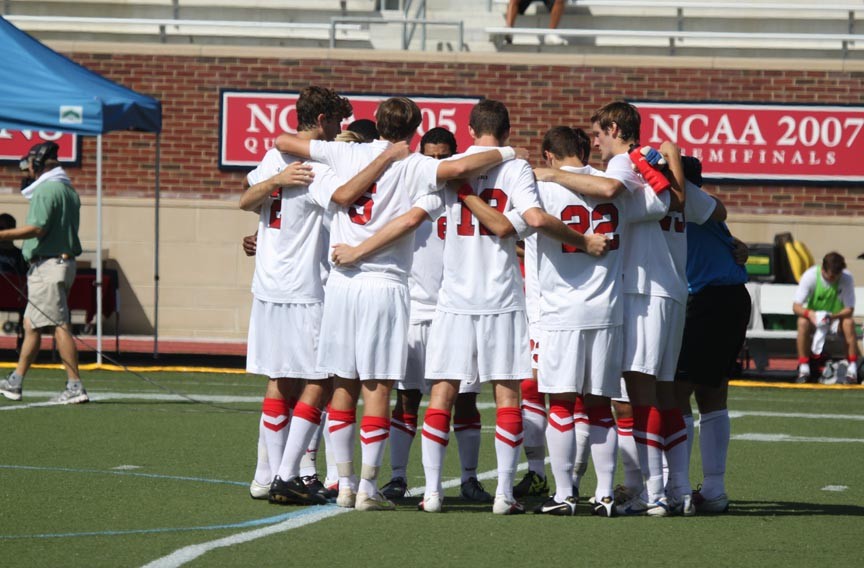 The men's soccer team at the University of Richmond was heading into its eighth game of the season Friday night when players were summoned to a meeting with Athletic Director Jim Miller at the Robins Center.

This was their final season, they were told.

The men's soccer program is being cut along with men's track and field, making way for men's lacrosse to be added as an NCAA Division I intercollegiate sport.

Then it was time to prepare to face Virginia Military Institute for a 7 p.m. game.

Interim coach Leigh Cowlishaw was left to rally the team — not as difficult as you might expect, he says, "because you couldn't get more raw emotion after that meeting."

Now the next game plan for Cowlishaw: how to save the Spider soccer program amid a decision by the board of trustees that's sparked grumblings of power plays, hidden agendas and a decision that seems at odds with the university's goal of inclusion.

The director of soccer for the Richmond Kickers, Cowlishaw is a former soccer standout for the Spiders. He played forward from 1990-'93, in more high-profile days for the team, and was working with some alumni on a plan "to bring the men's soccer program back to its former glory." He also was brought in as interim coach this summer, a week before the start of the season. He says he looked forward to the challenge.

The board of trustees was working on a plan too, a long-term analysis of the athletic program that saw an opportunity with men's lacrosse, citing growth trends and its fit with the university. Miller also announced a $3 million endowment for athletes.

As reported by the campus student newspaper, the Collegian, the game against VMI included angry parents who derided the decision, students who held "Save Spider Soccer" signs and the presence of the men's track team in solidarity.

Other critics say players on the soccer and track teams hold the athletic program's highest-average GPAs, and that while lacrosse may be fast-growing, the barriers to entry are high. As for the university trying to promote a diverse work force and student body, Cowlishaw says, "There's a lot of contradictions to the message." Soccer is America's second-most popular sport with youth 12 to 22 years old, he notes.

While online postings and message boards buzzed through the weekend and parents sent letters to Miller, Cowlishaw prepared for a conference call Monday night with alumni and supporters "to try and decide upon what we're going to do."

The Spiders went on to beat VMI 2-1. There are some things you can't control, Cowlishaw says, but the best way to make a statement about the quality of their program, he says, was "to go out and show what you can do on the field."