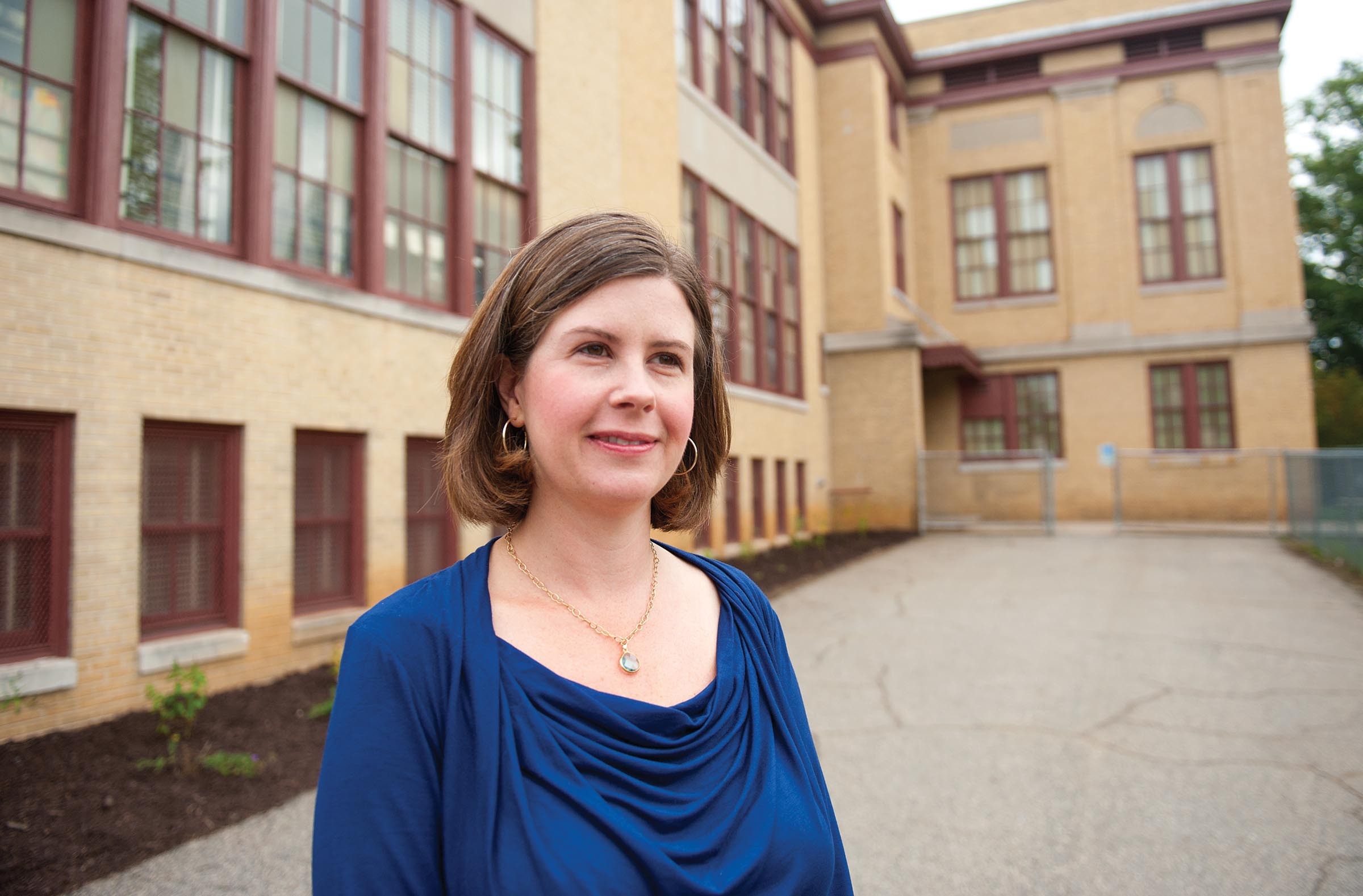 The battles were nothing new to Kristen Larson, who joined the board of the city's first charter school, the Patrick Henry School of Science and Arts, in 2009. Still, she couldn't believe the gall. At a parent-teacher meeting that December, two Richmond School Board members showed up with an early Christmas present: a five-page letter outlining how the school wasn't meeting its charter obligations.

"I was there with my family, enjoying our spaghetti dinner. The kindergarteners were singing Christmas carols," Larson recalls. "I saw a teacher come up to the principal and say, 'Am I going to have a job after the Christmas break?'"

After their son was "red-flagged for a learning delay" in preschool, Larson and her husband began looking into alternatives to city schools. They stumbled into the fledgling Patrick Henry and never looked back.

Larson began managing the school's public relations — she has a communications degree from Syracuse University — and oversaw the building renovations at the school. "It became my life's work," she says.

But after the Christmas dinner, she realized it wasn't enough. For the charter school to succeed, change needed to come from within. She decided to give up her seat on Patrick Henry's board and run for the Richmond School Board.

Charter schools aren't the only answer, she says, but they're a start. In a city that continues to lose middle-class families who flee for the suburbs when their children reach school age, educational alternatives are critical.

"Richmond is not preparing kids for real life," Larson says. "We need to see a shift, because children are getting lost."