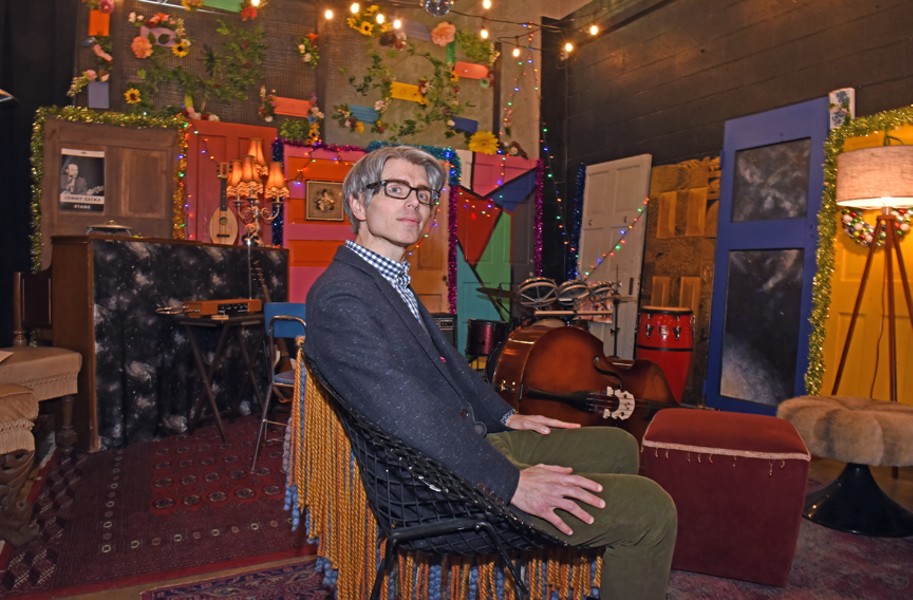 There's a reason why a Richmond institution such as Gwar has stayed flush with severed heads for four decades now — and it's not album sales.

An artist collective operating out of the Slave Pit, Gwar is always working on a bloody potpourri of projects, from videos, figurines and comic books to the GwarBar restaurant in Jackson Ward. And over the years, its members have learned the importance of protecting their copyrighted work from unscrupulous leeches.

To help them navigate the murky waters, they've used a local lawyer and musician, Justin Laughter, who recently helped the band create its fan art policy.

"For a typical band, merchandising matters. But for someone like Gwar, or any musicians who lean into the art, it becomes critical to establish what is and isn't acceptable for fan art," says Laughter, while adding that Gwar remains thankful for its fans, particularly the artists who "make their own Gwart."

Still problems do arise. For example, folks have built and sold identical Gwar costumes for thousands of dollars — or slapped Oderus's face on their own T-shirts, as many did in the wake of founder Dave Brockie's death. Thanks to Laughter, the band now has a clearly defined policy, which you can find on its website. "He has really helped solidify every aspect of our business," says Gwar's Michael Bishop, aka Blothar.

Sitting in Orbital Music Park in Scott's Addition, which features quiet rehearsal rooms and an instrument library, Laughter explains that he starts out by learning a band's story and how it can best be told, from the beginning to current day to the band's hoped-for future (see sidebar below for a list of standard questions he asks).

"The real value an attorney provides is sitting with someone and talking through the issues so they can make informed decisions," Laughter says.

As the record industry has changed, most working musicians rely on other streams of revenue besides album sales, including merchandising, live shows, licensing and streaming services. The good news is that Congress passed the Music Modernization Act in October, which changes the mechanism for calculating royalties.

"Songwriters and sound recording owners will begin seeing more money from streaming," Laughter says. "The rates are low, but they will get better. … Twenty years ago you wanted the A&R rep, now you want the Spotify play list curator."

Tom Illmensee, co-founder of Orbital Music Park, says that Laughter gave advice and guidance when his business was just a fuzzy idea. "He helped us get our business set," he says. "And to decide what kind of startup we wanted to be and our strategy. Our original name didn't work out because of Justin's research."

It seems appropriate that Laughter got into this line of work as an active musician and by working with grass-roots Richmond nonprofits.

While in high school he was in a jam band called Junction that played in the scene coalescing around Dave Matthews Band, Fighting Gravity and Agents of Good Roots. "People were saying Richmond was going to be the East Coast Seattle," Laughter recalls. "I thought it was just a matter of time until we made it."

In a moment of sobriety, he applied to law school at the College of William & Mary after graduating from University of Virginia, figuring he would quit when his band broke through. Things didn't work out that way. After he told his bandmates he was going to law school, Laughter says was kicked out of the band for lack of dedication.

After getting his law degree, he joined Hirschler Fleischer, while playing children's music in his spare time with a band called Silly Bus, learning more about intellectual property law from both endeavors. He also received some steering committee experience with YRichmond, a program of the nonprofit C3: the Creative Change Center. While producing a summer sampler CD for the program, he got to know musician Prabir Mehta at Gallery5, who introduced him to many local groups that would become clients.

Of course, Laughter knows he could be making more money as a lawyer elsewhere, but he'd rather help the Richmond arts community thrive, he says. He also teaches contract drafting at University of Richmond School of Law.

"The reality is most people are intimidated around attorneys, like doctors, they think it's going to cost a lot of money, etc." he says. "People started telling bands that this Justin guy is nice enough, he's dedicated to the community, and he loves music."

Thanks to the positive word of mouth, he's become the go-to guy for legal advice in Richmond's music scene. And he still plays music with Silly Bus, which has more than 7 million views on YouTube, as well as a rock-and-roll band called Flashlight Tag.

He pauses and grins: "Dumb name, I know."

Editor's note: Justin Laughter is a partner with Threshold Counsel, PC. Also, he wants our readers to know he loves the band name Flashlight Tag.

Who is in the musical group? Is there a key person or persons with hired guns? Or do equal owners and contributors comprise the group? How do the members define success and what are their goals individually and collectively? Disputes arise from failure to communicate. We want members talking, understanding each other and hopefully aligning.

Does the musical group have a legal entity? Music is a business and we want to ensure members protect themselves from potential tort and contractual liability. Our goal is to capture the ownership, control and financial agreement between the members. In particular, a musical group needs to understand how it collectively will make day-to-day decisions, add new members and remove members. Relationships change over time. The band agreement, or operating agreement, is a road map guiding the band during the best of times and the worst of times.

What does the musical group own? This includes tangible goods, such as equipment and the band van. It also includes intangibles — intellectual property. Has the band recorded? If so, who helped create the recordings? Does the band have photos? How about artwork? Most groups are surprised when they learn ex-members may have claims to the groups' sound recordings, or that a disgruntled illustrator may revoke a license for the musical group to use an image on its posters. We must determine who owns what, who should own what and then enter into agreements capturing the proper ownership and control of intellectual property assets.

Who writes the songs? Music publishing is a key source of revenue. We need to understand how the band writes its music. Does a key member bring lyrics and top-line melody to the group to arrange? Do the members collectively write together in joint writing sessions? From there, we may determine who are the songwriters and capture this in a song-split agreement. It's critical to understand the difference between songwriting, arranging and performing. Just because someone performed on a recording does not mean that person is an owner of the underlying composition embodied in the recording. It is best to draw these lines sooner than later.

Has the musical group pre-cleared and protected its name? A group should not adopt a name unless it is sure there is not another group currently using the same or a similar name in the music industry. Plan for success by Google searching, checking social media accounts, using the uspto.gov site, and if able, engaging a trademark attorney to help determine the likelihood of successful registration of a band name. Only once a group has pre-cleared a mark should it begin using its name and filing to register and protect its rights in the trademark. Otherwise, the group could spend a ton of time, effort and money on a band name that 1) it later must abandon due to a third-party's trademark infringement claims or 2) constantly frustrated that other groups with a similar name are creating confusion in the marketplace.