Dixie Donuts and Sugar Shack put the chef in the hole. 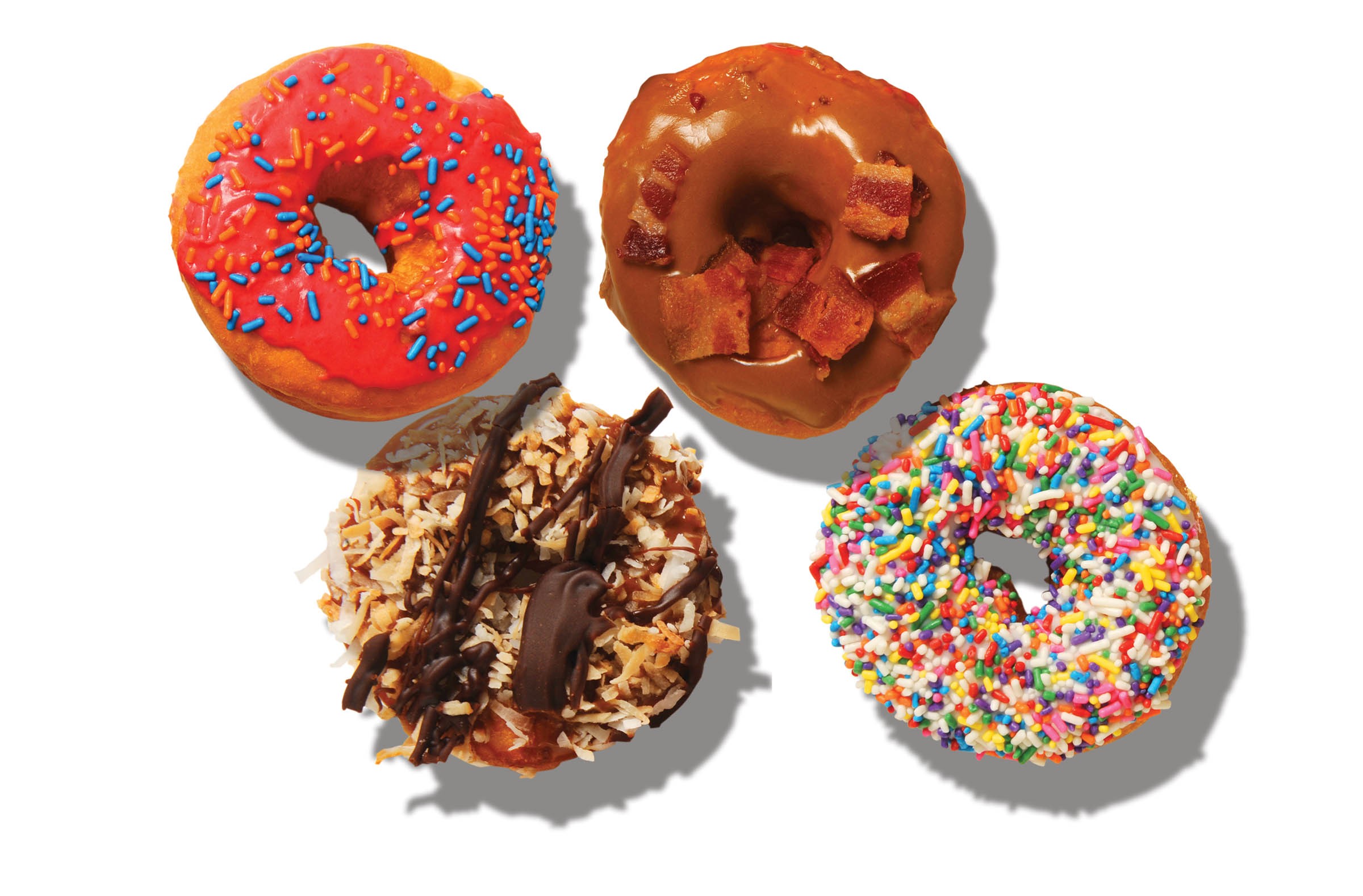 Cake or yeast? That's been the basis for many an argument among doughnut enthusiasts since someone first dunked dough into hot oil. Yeast doughnuts can be light and airy but, if done wrong, can end up spongy and greasy. Cake doughnuts more easily can incorporate a range of flavors but sometimes are bone-dry.

Two specialty doughnut shops fairly new to the scene bring the debate to the forefront. One focuses on yeast and the other cake. Both are run by bakers with experience in fine dining who push the envelope of local doughnut making.

Opened last year in Carytown, Dixie Donuts has hit its stride under the leadership of chef J. Frank. Formerly of the Dining Room at the Berkeley Hotel, Frank's cake doughnuts are worlds apart from the typical franchised fare. He chose cake style as his medium, he says, because it offers "more consistency in texture and better flavor profiles."

Those are evident in such doughnuts as the maharaja, a vanilla cake with rose water and pistachio glaze, an elegant doughnut for more refined, adult tastes. That refinement continues with his dulce de leche doughnut, the sticky caramel heightened with a sprinkling of flaked sea salt. This is a doughnut that could get me out of bed in the morning.

Dixie Donuts isn't just for the adults or those just looking for exotic flavors. Frank deftly re-imagines the Girl Scout cookie the samoa, topping the doughnut with caramel, coconut and drizzled chocolate, and capturing both the taste and appearance of the well-loved cookie. Then there's the old fashioned doughnut, a little sour cream added to the dough, resulting in tangy enjoyment. Dixie's most excellent rendition will force you to turn up your nose at the boxed version in the grocery store.

For those who prefer yeast doughnuts, newcomer Sugar Shack opened a few weeks ago in the Carver neighborhood. Using scavenged wood from old pallets to refurbish the garage of a used car lot, chefs Ian Kelley and Casey Ward are churning out yeast doughnuts influenced by years of fine-dining experience in hot spots such as Vail, Colo., and Seattle.

Being so new, the amount of pure experimentation is obvious, and it may be a little while before the chefs truly hit their mark. But the talent is there and they are offering some fine products.

Take their raspberry glaze. Shockingly pink, it was on perhaps half of the doughnuts in various permutations offered one recent morning. Typically I avoid such a glaze because experience has taught me that pink often tastes, well, pink. But Kelley's glaze doesn't. Made from fresh raspberries, the flavor is bright and authentic, the faint crunch of raspberry seeds not detracting from the doughnut and confirming that this glaze wasn't reconstituted from a box.

Some of Kelley's inspiration comes from his time in the Pacific Northwest, specifically from visiting Voodoo Doughnuts in Portland, Ore. That's evident in toppings such as crushed Butterfingers or the use of breakfast cereals such as Cinnamon Toast Crunch. Of course, bringing the bacon maple doughnut to the pork belly fanatics of Richmond earns Kelley much praise all by itself.

In addition to the seasonal fresh glazes, Sugar Shack's doughnuts will evolve, the chefs say. For fall, besides the obvious pumpkin flavors, expect to see a bourbon chocolate glaze they're now fine-tuning. Experimentation also is in progress for a gluten-free doughnut, the result anticipated by gluten-intolerant customers.

Regardless of your preference — yeast or cake — these two shops are helping put Richmond on the culinary map. It's a little ironic that doughnuts are so popular while consumers are increasingly concerned about healthy eating. To Sugar Shack's Kelley, doughnuts are "comfort food, not junk food." He says he's noticed that many of the people who come through his doors "are leading very healthy lives but they still crave treats and, instead of a bag of potato chips, they're coming here for that little splurge." Judging from the lines out the door at both Sugar Shack and Dixie Donuts, he may well be right. S