Texas' most famous Jewish cowboy has something to say. 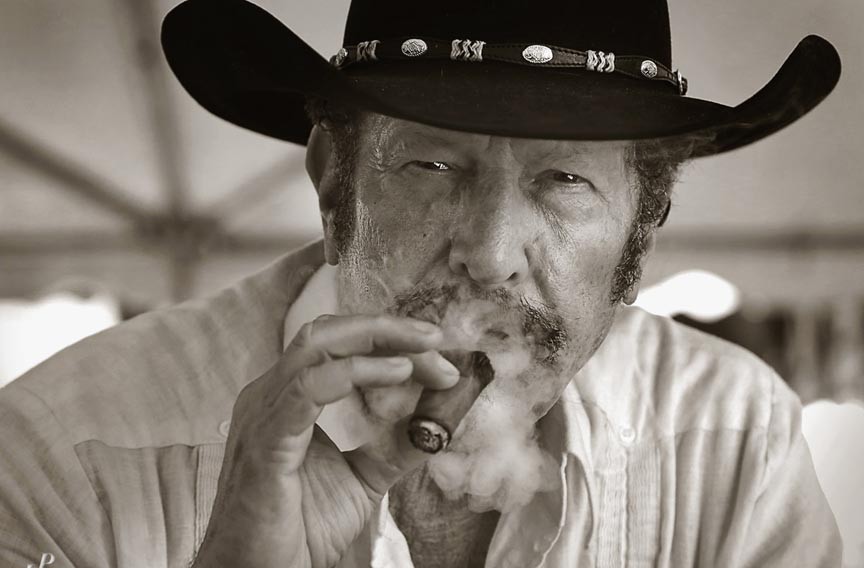 Saying yes to a chance to interview the guy billed as the singing Jewish cowboy philosopher from Texas, who looks like the villain in an old Hollywood Western, is pretty close to a no-brainer in this business.

Richard "Kinky" Friedman first made his name in the '70s singing satirical country songs with controversial titles such as "They Ain't Makin' Jews Like Jesus Anymore," "Asshole from El Paso" and "The Ballad of Charles Whitman." At their peak, he and his band, the Texas Jewboys, opened the second leg of Bob Dylan's legendary Rolling Thunder Revue tour in 1976.

Friedman later reinvented himself as a popular mystery novelist, columnist, B-movie actor and frequent cable news talking head. Then he ran for governor of Texas in 2006 as an independent, garnering 12.6 percent of the vote in a fourth-place loss to Rick Perry. Like some self-obsessed character from Robert Altman's film, "Nashville," the 67-year-old is never at a loss for one-liners or opinions.

His one-man show comes to Ashland Coffee and Tea on June 13, and we spoke with the tequila-swilling cigar aficionado by phone from Texas.

Style: So the BiPolar tour — how on earth did that name come about?

Friedman: The BiPolar Tour is 25 shows in 26 days — that's pretty bipolar. All solo, in a Will Rogers, Woody Guthrie, Mark Twain, Townes Van Zandt spirit. It's a high calling, Jewish troubadour. We'll see if they have to wheel me in on a gurney for the last part of the tour or not. It's mainly a concert, some politics, some humor, and a reading from my book, "Heroes of a Texas Childhood," which I will sign after the show. Of course, I will sign anything but bad legislation.

Will you be selling your new tequila, Man in Black, for moral clarity?

I'll be happy to share what we have. Come find me, we'll throw back some of the best Mexican mouthwash you ever gargled [manager Cleve later says he most likely won't have the tequila with him]. It's doing well, but hard to get outside of Texas. Man in Black salutes Zorro, Paladin and Johnny Cash. Lash LaRue too. I like to drink it cowboy-style, which is snorting a line of salt, then you squeeze the lime in your own eye, then kill the shot. ... Our slogan is "Find what ya like, and let it kill ya!"

What was the inspiration behind "Heroes of a Texas Childhood"?

If you tell somebody who your heroes are, that tells people who you are. I came up with 23. And I was struck by how much failure there was in these people's lives, how much they had to overcome. A lot of young people today never heard of Audie Murphy, Barbara Jordan, Lottie Cotton.

And what challenges have you had to overcome?

I came from an upper-middle-class Jewish home with a college degree. That was unheard of in country music. That held me back. If I had been born on an Arkansas dirt farm, I probably would've been a big country star. I also suffer from the curse of being multi-talented. That just doesn't help.

Is that why you started writing country songs that pushed people's buttons?

Well, now there's your Barry Manilow — he's been more successful than God. Manilow writes and sings songs that make you feel good for a short period of time. Merle Haggard, Bob [Dylan] or Willie [Nelson], or the late great Levon Helm, write songs that make you think and might stay with you a lifetime. That's what I shoot for.

Which of your songs has gotten the most blowback?

Probably "They Ain't Makin' Jews Like Jesus Anymore." But that is really going down well these days. With "Get Your Biscuits in the Oven and Your Buns in the Bed" we needed a police escort to get off the University of Buffalo campus. Attacked by a group of cranked-up lesbians. Quite a scuffle between them and the Jewboys on stage and they were winning. ... Basically, all of my songs are old. I haven't written anything in 25 years song-wise. What I do is rotate the crops. The audiences are pretty diverse.

Do you still think we're too politically correct as a country?

Way too politically correct. If a young Richard Pryor were to walk into a club today, or George Carlin or Lenny Bruce, we couldn't make 'em a star. We couldn't make "Blazing Saddles" in America today.

Speaking of movies: You're old friends with Billy Bob Thornton and have a new book out with him — as well as an upcoming book with Willie Nelson called "Just as I Am."

Yeah, I met Billy on the gangplank of Noah's Ark. The "Billy Bob Tapes" book is really about his take on life, which will surprise a lot of people. His childhood could've been the great American novel. Very interesting stuff. ... I love Willie's current show. I don't know why you gotta go see a geezer to get inspired. You gotta go see Billy Joe Shaver, or Merle, or Willie or Kris [Kristofferson]. The young acts are all pretty derivative to me. I don't see a young John Lennon or Jimi Hendrix coming up. Maybe that's unfair, but that's the way it is. For 25 years in Nashville, nobody has written "Sunday Morning Coming Down," or "Hello Walls" or "King of the Road." I asked Willie why, he said they were very tough times, they were all broke and drunk and lost, and nobody was living with their parents and playing on their iPads. That might be the reason. But the publishing corporations are these brothels with two or three people in each room trying to write songs, and it doesn't work that way.

How do you remember the Rolling Thunder tour with Dylan, one of the great rock tours of all time?

It was amazing. Playing for that many people — as many as 50,000 — is a totally different animal. Just being there makes you a star, so it's easier. As Robert Frost said, "Hell is a half-filled auditorium." ... I was ahead of my time and behind in my rent, which is my definition of an artist.

Did Merle Haggard like your song, "Asshole from El Paso"?

Yeah, Merle was very gung-ho on that. But he didn't own the publishing [to "Okie from Muskogee"], Buck Owens did. So he sued us ... I just played Australia with Van Dyke Parks. You can see the audiences are different: If it's funny they laugh, if it's sad they cry. American audiences are not sure. They always look around to see what other people are doing.

Will your man Robert Duvall show up for the Virginia performances?

Oh yeah, I need to call him! He's a great one. Billy Bob was describing how you direct Robert Duvall, you just say, "Great job, Bobby." That's it. Of course, Billy Bob does not believe in rehearsals, they're for pussies. So he shoots rehearsals. Never lets the actors see the script until a week or so before shooting. If he gives it to them too much in advance, the actor will come up and say, "Hey, I got an idea." That's the worse thing in the world, an actor with ideas. S

Kinky Friedman performs at Ashland Coffee and Tea on June 13. Tickets are $35 in advance, and $40 day-of. For information, visit ashlandcoffeeandtea.com.