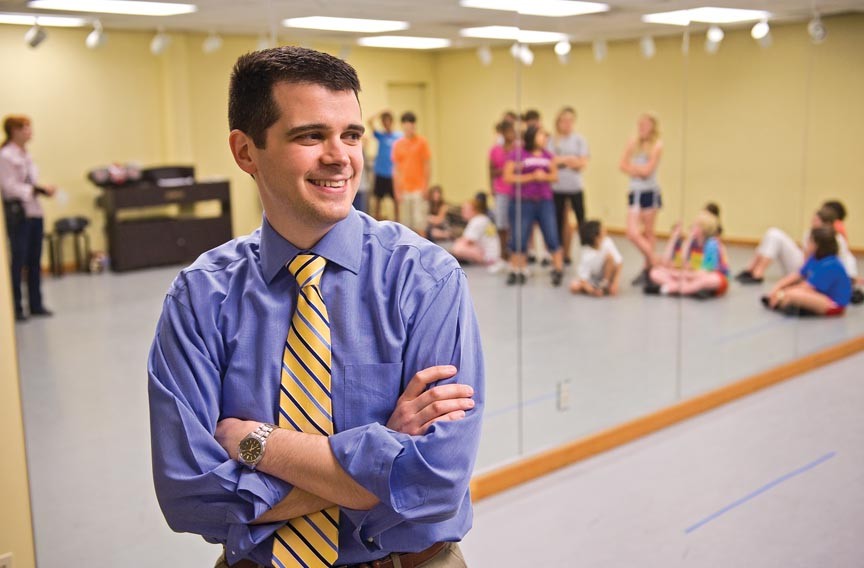 Take your normal school reunion. There will be a dinner, polite chatting, maybe a slideshow of photos from the good old days when people had funny hairdos and drank Mountain Dew because it had the most caffeine.

Forget that. When the School of the Performing Arts in the Richmond Community has a reunion, it puts on a real show, with 120 singing and dancing kids, multiple sets and an 80-piece orchestra. Caffeine may play a role, but undoubtedly most of the energy onstage will come from the pure and simple thrill of performing.

SPARC began in 1981 with one class in a borrowed space. In 30 years it's provided more than 10,000 children with training in a range of theater arts. In addition to its tuition-based courses, the school has free programs at 27 schools and community centers.

To celebrate the anniversary, SPARC is playing host to a weekend of activities. This Saturday, students and alumni will present "Retrospective Showcase," a public performance that will tell the history of the school through fully staged songs from favorite musicals. The Richmond Symphony Youth Orchestra "never batted an eye" when it was asked to perform all the music, Executive Director Ryan Ripperton says.

Former directors Jennie and Larry Brown will receive recognition for their service, particularly in expanding outreach to schools.

On Sunday, the scene changes to the SPARC Center on North Hamilton Street. "It's going to feel like a birthday party," Ripperton says. The public is invited to tour the facility, attend class demonstrations, eat Q Barbeque and bounce on inflatables — yes, even adults.

If you miss the festivities, you can catch excerpts of Saturday's show July 3, when students perform for the free event, "Fireworks on the James," on Brown's Island. The Richmond Symphony Youth Orchestra and Richmond Ballet's Minds in Motion students also will perform.

The anniversary celebration will continue this fall, when alumnus and pop star Jason Mraz will give a benefit concert in Richmond.

"We have a whole lot of people who are passionate about SPARC," says Ripperton, referring to thousands of alumni and former teachers, some of whom will be coming from New York and Los Angeles for the reunion. "We want to engage them, to help us frame what's going to happen next." S