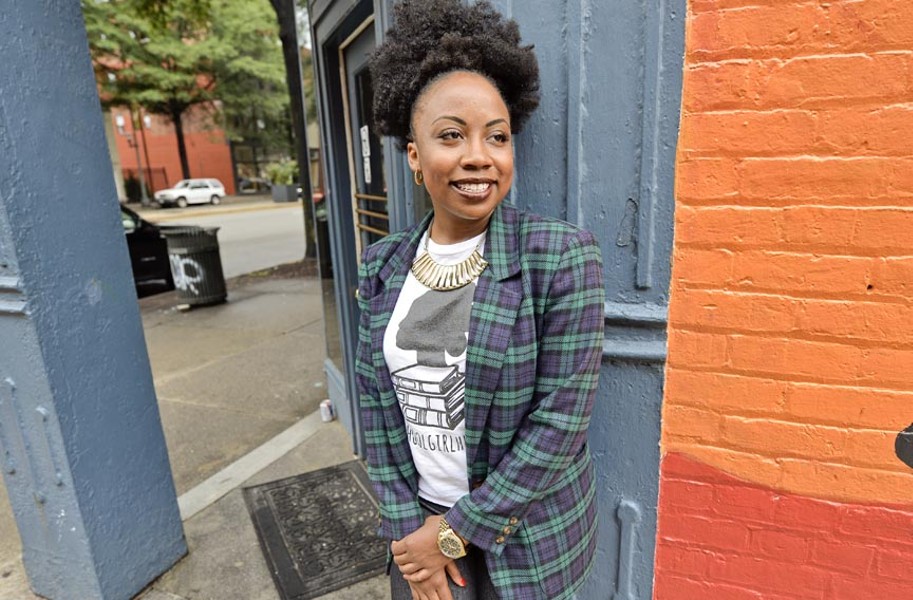 Colorism became an issue for Kiara Lee in middle school.

Raised and doted upon as the youngest child in a family with wildly varying skin shades, she’d never been exposed to the hierarchy of color. She says that made her unprepared for the negative connotation of shade frequently discussed by new friends to whom it was paramount.

As a student at the University of Richmond, she saw a television ad showing a young black woman admitting that she never felt beautiful because of her skin shade. It inspired Lee to begin researching the topic and speaking out about it to prompt awareness.

After winning the Campus Progress National Conference speech contest, in which she spoke on colorism and its effect on self-esteem, she traveled to Washington in 2011 to deliver it to an audience of 2,000.

“It was a turning point hearing how interested people were in the topic,” Lee says, between her job as a graduate teaching assistant and working on a doctorate at Virginia Commonwealth University. “It officially put the issue of colorism on the map for me, like the subject was reaching out to me.”

Teachers and community leaders began contacting her to schedule group and class discussions on colorism and the history of its roots in colonialism and slavery. She wrote a children’s book, “Light-Skinned, Dark-Skinned or In-Between?” and a play, “Under the Rug,” a series of staged monologues on the subject.

“Now I want to do a comparative study of people’s experiences with colorism, comparing historically black colleges, mostly white colleges and culturally diverse universities like VCU,” she says. “I’d especially like to zero in on the experiences of women.”

She hopes to begin knocking on the closed doors of conversations about colorism. “Many people, especially other blacks, are leery of talking about it, as if it’s taboo. They’re just not ready for the conversation, but it affects everything for blacks: employment, salary, marriage rates, your likelihood to be sentenced or put on death row.”

Guided by her spirituality, she cites a Bible verse, Luke 12:48 — “To whom much is given, much will be required” — as the philosophy she was raised and lives by.

“I’ve been very blessed,” she says, “so it’s only natural to give back. And in Richmond, there’s so much need.”