Keith P. Whipple, 35: Principal at Waterstreet Studio and Founder of Stockbridge Cos. 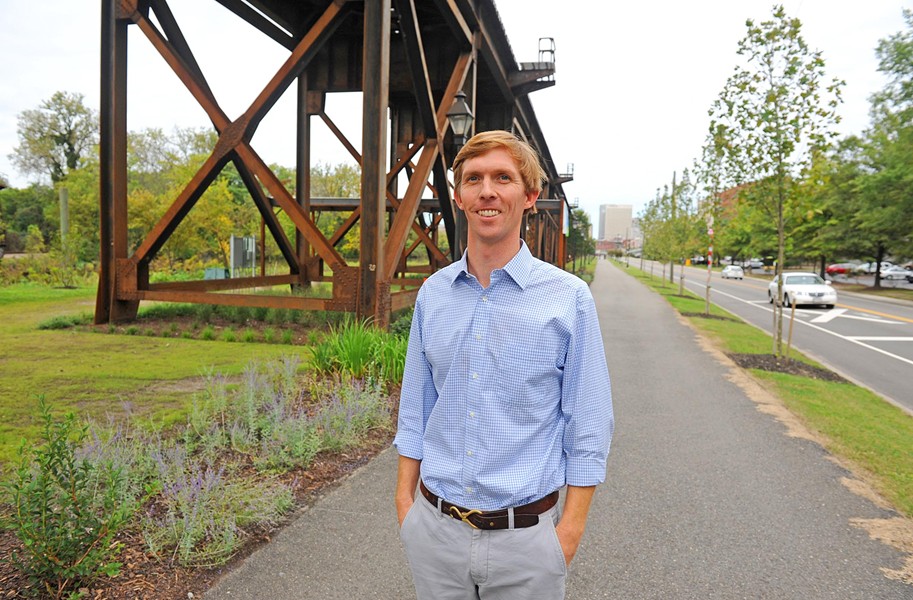 By the age of 26, Keith Whipple was already a dealmaker.

He was working for a Charlottesville real estate developer when its president asked him to orchestrate a merger with several consultants. Whipple did, and became director of operations for a 50-person environmental engineering firm. It was an enviable position for a young man who started out as a landscape architect — but Whipple was disenchanted with developing conventional office parks and townhouses.

He left to work for a smaller firm that took a sensitive approach to developing properties, and then in 2009 co-founded Waterstreet Studio, a landscape architecture firm with offices in in Richmond and Charlottesville. It’s more than plant composition, Whipple says of his work: “It’s really about finding a site’s potential and revealing it.”

A current project is Hardywood Park Craft Brewery’s expansion in Goochland County, which will include gardens for hops and berries, an orchard, a beer garden and an outdoor amphitheater.

In 2014, Whipple also founded Stockbridge Cos., a development and project advisory group that takes on infill and adaptive reuse projects in the city. His group is working with the developer of Huntt’s Row, a new Fan development going up on the former site of the Boys and Girls Club.

Whipple’s interest in connecting people with their surroundings extends to his work on the board of Capital Trees, a nonprofit that seeks to add trees and gardens to the Richmond cityscape. The group’s new endeavor is rehabilitating a neglected, 5-acre strip of land between Great Shiplock Park and the Canal Walk. Whipple led the group’s negotiations with CSX Corp. and city government to untangle what he calls the “crazy web of agreements” governing the land. The result will be a new canal-side green space called the Low Line.