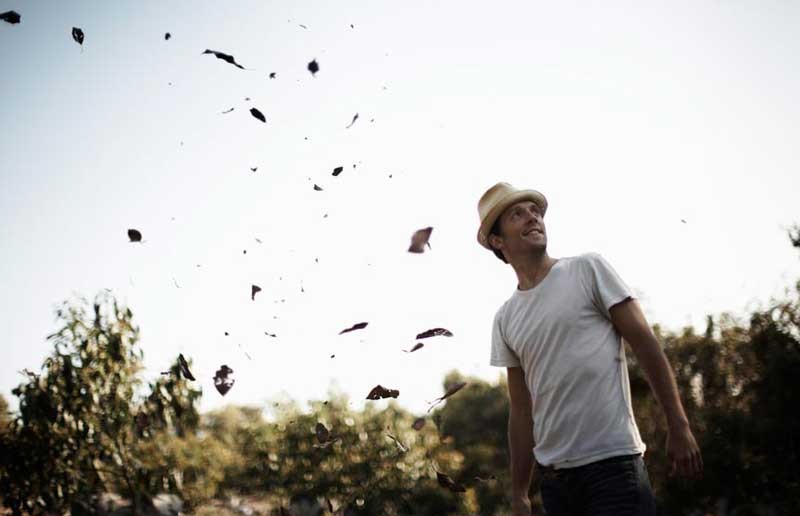 Seen the recent California tourism commercial? The one featuring "typical" residents, including a sunbathing Kim Kardashian, a golf-cart-driving Betty White, and pop sensation Jason Mraz, strumming his guitar by a beach bonfire and asking: "Want to know the truth about California?"

Perhaps you thought: Hey, that guy is from Mechanicsville.

"Every now and then I feel like a traitor," says Mraz, the Grammy-winning international pop star whose breakthrough single, "I'm Yours," sold more than five million downloads and holds the record for the longest run on the Billboard "Hot 100" chart. He laughs a little. "I played in San Diego last night and people were like, 'Welcome home!'" he says. "But I know I'm from Virginia, and I tell the audience that. ... Most people in California are transplants, or their parents were."

Regardless, the 34-year-old says he was honored to be in the state's premiere commercial pitch. "It shows I'm an adaptable and likeable figure, I guess," he says in his laid-back way, the sun-kissed mellowness wafting through my cell phone.

Mraz is being modest. He just finished a global acoustic tour, wrapping up with three concerts at New York's Carnegie Hall, where he played his first children's matinee show, calling it "incredible." Many of his friends are having children, inspiring him to write an album of children's songs; he's just waiting for the right time to record them, he says. "I don't see myself having kids," he adds. "But as we turn into adults, we're always looking to return to that playfulness and find our inner child."

The singer just completed his fourth studio album due early next year on Atlantic Records. His previous album three years ago earned platinum or multi-platinum status in 17 countries. Mraz characterizes the new music as "a little different than my past stuff, but not a total departure. ... Older fans should like it." A documentary series on his website will lead up to the album, highlighting the tour and recording process.

Mraz will preview new songs at a Dec. 19 show at the Carpenter Theater with longtime friend and percussionist, Noel "Toca" Rivera. The concert is a benefit for the School of the Performing Arts in Richmond (SPARC), where Mraz began learning his craft when he was 7. He still considers his first big break to be getting the lead in "Joseph and the Amazing Technicolor Dreamcoat" at Dogwood Dell when he was 15.

"SPARC was an education of the imagination -- they gave you permission to be weird," Mraz recalls. "It was such a great feeling to be trusted with that role, to hear my voice amplified, to connect with an audience that size, and to work with the cast and just the training they offered."

Five years ago, Mraz started contributing to SPARC to keep its summer program free, after learning that his former tuition was paid through a scholarship by a local parent. SPARC reaches 1,800 youth a year (many through outreach), but only 30 percent are on a tuition basis. "I wanted kids to have the same experience I had," he says.

The benefit comes at a pivotal time for the school. It's celebrating its 30th year and recently secured its own building, the old Virginia Blood Services location on North Hamilton, with a $4.5 million renovation under way. Mraz' niece is a student and his sister, Candace Mraz-Nelson, works as director of development. His mother used to be on the board at SPARC, but has stepped down.

"Jason has been beneficial as a contributor and widely recognized alumnus," executive director Ryan T. Ripperton says. "But he's been a wonderful role model because as he's achieved fame, he's become this incredible philanthropist."

Mraz recently announced the formation of the Jason Mraz Foundation, dedicated to addressing child slavery, lesbian, gay, bisexual and transgender equality, the health of the world's oceans (Surfrider), and supporting arts educators such as SPARC.

Ripperton says faculty still recall Mraz' performance from the '90s and knew he was headed for greater things.

A few years ago, the musician revisited the site of his inspirational first gig at Dogwood Dell. "It was a lot smaller than I remembered it," he says. "Then again, I've been playing more venues." He clearly misses Maymont and Byrd Park, though, where he says he spent his final year before moving to California and hitting the big time.

"Just beautiful," he says. "Those were my favorite places." S

Jason Mraz performs at the Carpenter Theater at Richmond CenterStage on Dec. 19 at 8 p.m. For more information, go to jasonmraz.com and sparconline.org.